Detailed hi-res maps of Burgos for download or print 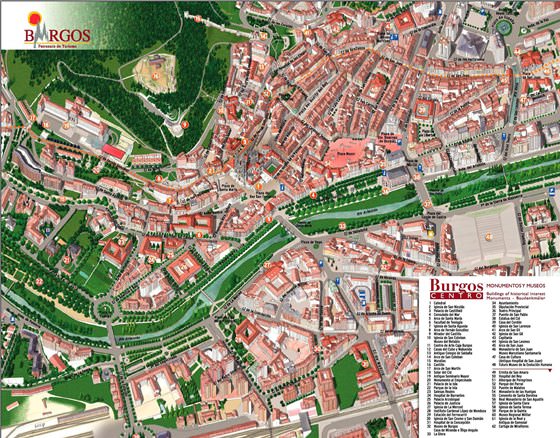 The actual dimensions of the Burgos map are 2852 X 2232 pixels, file size (in bytes) - 1872655. You can open this downloadable and printable map of Burgos by clicking on the map itself or via this link: Open the map. 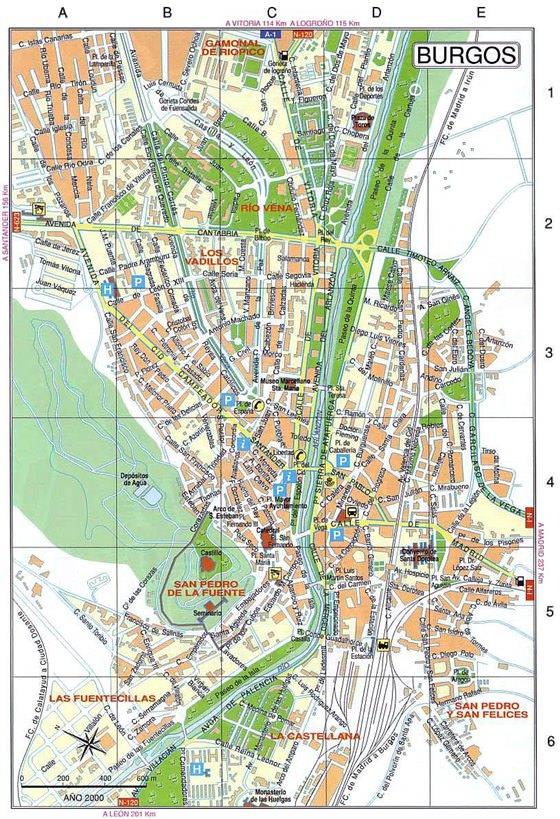 The actual dimensions of the Burgos map are 816 X 1194 pixels, file size (in bytes) - 374240. You can open, download and print this detailed map of Burgos by clicking on the map itself or via this link: Open the map.

City tours, excursions and tickets in Burgos and surroundings

﻿
Travel News
Things to Do in Kuala Lumpur in 2021

Night markets have become one of the major attractions of Kuala Lumpur. There are several night markets in the capital. As a rule, they are located in residential areas. These areas usually become closed to vehicles starting from 6 pm. Later, merchants come to offer all kinds of goods. Souvenirs, artworks by local artisans, domestic and imported goods of different types, and local street food are the most popular categories of items sold at such markets.

Search for services, infrastructure and sights on map of Burgos

Our guide chapters over Burgos

Nowadays, this graceful building is a prominent landmark of gothic style. The gothic church has coats of arms that belong to the founders of the shrine. Inside, visitors will find a beautiful wooden altar. Moreover, the monastery is famous for numerous tombs. This is where King John II of Castile and his daughter Isabel are buried. Burgos Airport accommodates flights from Barcelona. After that, you need to take … Open

Maps of Valladolid
It's certainly impossible to ignore the National Day of Spain, which translates as Fiesta Nacional de España. In the City of Kings, the event is celebrated on a grand scale, although, of course, it does not have such a scope as the present Spanish capital has. The date is always the same, and it is October 12. It is an official day off throughout the country, with military ... Open »
Maps of Basque Country
However, the Basques know, how to have fun. On the 20th of January, you may go deaf from the drumming as they celebrate Tamborrada. This day is devoted not only to all kinds of percussion instruments but also to the patron of the city – St. Sebastian. A traditional festive dish is a smoked eel, served with wine. On St. Thomas’ Day, the Basques drink cider, eat sausages, ... Open »
Maps of Bilbao
Loraldia Festival, which takes place at the end of April, is another opportunity to get a bit closer to the culture of the Basque Country through learning some of its facets. The fact is that Loraldia is a kind of culture, to say the least, that originated in Bilbao. All kinds of exhibitions, theater performances, music shows, contests, and literary readings are held as part ... Open »
Maps of Santander
At the same time, that is, you can witness another remarkable event in the city at the end of July. We are talking about the event Concurso Internacional de Piano Ciudad de Santander, one of Santander’s oldest festivals. All pianists around the world, both those who have made “a name” for themselves in the world of classical music and those who are yet to make their ... Open »
Maps of Leon
Equally noteworthy is the Gran Cabalgata de Los Reyes Magos, which takes place on January 5 in all Spanish cities, including Leon. The holiday begins with a costumed procession led by the three Magi kings - Balthazar, Caspar, and Melchior - who throw sweets into the crowd. And this cannot but delight the smallest visitors. Apart from the parades, of great interest are dancing ... Open »
Maps of San Sebastian
Those that arrived at the beginning of October are also lucky because they will be able to appreciate the excellent cuisine of the region: at this time, San Sebastian’s main culinary event, called Gastronomika, takes place. About seventy chefs engage in the very tightly contested gastronomic event for the right to be the best. In addition to culinary competitions, they ... Open »
OrangeSmile.com - online travel reservation expert providing reliable car rental and hotel booking services. We feature more than 25.000 destinations with 12.000 rental offices and 200.000 hotels worldwide.
Secure Server