Family trip to Almeria with children. Ideas on where to go with your child 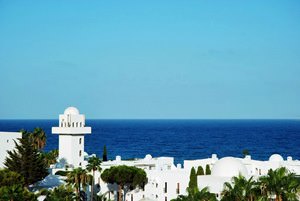 Almería is famous for its incendiary carnivals and colorful national restaurants. A suitable place for recreation can be found here even for travelers with children. They should definitely visit the Mario Water Park. It is distinguished by its impressive scale. 6 pools are operational on the territory of this water park, among which there is a pool with artificial waves, as well as a shallow pool for the youngest visitors. In the water park, there are slides and attractions of various levels of complexity, as well as a luxurious relaxation area with a Jacuzzi. Guests of the water park can restore their strength after the entertainment in a cozy cafe.
Cuisine of Almeria for gourmet with top restaurants and cafe
Menus of the restaurants that serve national cuisine will be genuinely liked by the travellers who love seafood dishes, gazpacho and delicious wine. Fried fish is particularly popular in the …

Open
The most unusual amusement park of Almeria is Mini Hollywood. It is a real town, built in the style of the Wild West. Formerly, it was used as a film set. Here was shot famous westerns, and when the square was not needed, it was converted into an interesting amusement park. Today, there are a lot of unique attractions for visitors of the park. Every day, interesting show programs are conducted for the guests. On the territory of the amusement park there are original cafe-saloons. Another interesting feature of Mini-Hollywood is the zoo. There are more than 100 species of animals brought from different parts of the world. Visiting the beautiful zoo will also give a lot of impressions.
With older children, it will be interesting to visit some of the historical sights of Almeria. An excellent option would be an excursion to the bomb shelters that were built during the Civil War. They are located at a depth of 9 meters and are perfectly preserved to our days. The bomb shelters are a real underground city. Small travelers will definitely enjoy a walk through the underground labyrinths. The atmosphere of past years was preserved in the bomb shelter as much as possible. Copyright www.orangesmile.com
Authentic traditions, festivals and lifestyle of Almeria inhabitants
Many people associate Almeria primarily with the extravaganza flamenco dance. Some people recall the traditional Spanish bullfight while talking about Almeria, and for many people around the …

Open
The most interesting for a family visit to cultural institution is the Museum of Almeria. The basis of its exposition is made up of unique archeological artifacts. The opening of this museum took place back in 1933. Today, its collection has thousands of priceless artifacts that have been found both on the territory of the city itself and in its surrounding areas. Small visitors will like to consider the old tools and items of everyday life presented in the museum, which belong to the era of the Roman Empire. In the museum, special excursions are held for children. 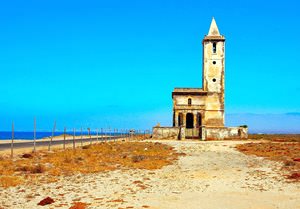 For those who want to just walk with children and relax in the fresh air, it is worth to go to the boulevard Belen. This is a beautiful boulevard, framed by slender rows of palm trees. The main decorations of the park are interesting sculptures. There are shops everywhere and cozy recreation areas. On the boulevard, you can ride a bike and rollerblade, the children are sure to like it here.
Excursion over cultural sights of Almeria - 'must visit' points of interest
A beautiful cathedral remains the main symbol of Almeria. Many years ago an old mosque was located on the site of the cathedral. In the beginning of the 16th century the mosque was …

Open
Rest in Almeria is simply impossible to imagine without visiting the unique national reserves and getting to know the natural sights. With older children, it is worth going to the Cabo de Gata National Park. The area of ​​this reserve is 9,000 hectares. Visitors to the park will have the opportunity to stroll along the fabulously beautiful coastline, as well as relax on the picturesque beaches with snow-white sand. On the territory of the national park, there are several picturesque fishing villages. On its territory there are very interesting archaeological areas.

This guide to family holidays in Almeria is protected by the copyright law. You can re-publish this content with mandatory attribution: direct and active hyperlink to www.orangesmile.com.
Almeria - guide chapters 1 2 3 4 5 6 7 8 9 10 11 12

Things to visit with your kids in Spain

Barcelona has the oldest amusement park of Spain, Tibidabo Park. It is located on the mountain of the same name, you can climb it on a special tramway going through the elite district of the city. Then you have to change for a funicular and continue along the cable car. At the top, there is a Ferris wheel and other rides. Also in Barcelona, ​​you should take a peek at the Catalonia in Miniature park, where miniatures of all the famous sights of the region are collected. In Madrid, children should definitely go to the Casa de Campo. This park has rides, a zoo, and an aquarium. There are almost 50 modern entertainment options for adults and children of any age. The park itself is divided into thematic zones. … Open

Photogallery of best places of Almeria

Interesting places to visit with children around Almeria

Nerja
It must be said that mother nature has generously endowed Nerja with many natural attractions. Together with the kids, it'd be fun to go down to the Cueva de Nerja - an amazing place that made the city famous. Many people remember it first of all at the mention of Nerja. This is a series of caverns stretching for about 5 kilometers. Ancient drawings of animals discovered ... Open »
La Palma
In Garafia, an unusual museum - Parque Cultural La Zarza is located outdoors. It is a very beautiful park, on the territory of which, researchers discovered the most ancient petroglyphs. The park is very unusual. In its territory, there are many centuries-old trees and exotic plants, among which are hidden priceless historical artifacts - stones with the ancient drawings ... Open »
Murcia
Murcia is packed with family entertainment centers and landmarks, with The Great Wheel theme park being the most unusual one. The park is located in the historical district of Murcia and has an authentic wooden water wheel in its center. The wheel was built several hundred years ago and still works great. This beautiful park is lined with majestic palm trees that create a ... Open »
Malaga
In Malaga, tourists with children should definitely visit the original “Museo Alborania” which is dedicated to the marine theme. This museum has a very diverse exhibition which is sure to interest children. Here you can see a collection of seashells, models of old ships, old maps and equipment that seafarers used on their ships hundreds of years ago. The museum constitutes ... Open »
Benalmádena
You should visit SEA LIFE Benalmadena with your child. This is a beautiful aquarium. The child will be able to see several hundred different marine lives from all parts of the world here. Children are given a set of stickers at the entrance here. The child will be able to recognize the encountered creatures and paste their images in a place specially designated for this ... Open »
Marbella
It is no accident that Marbella is very popular among tourists with children. The resort is ideal for families. Fans of water entertainment will surely like the Costawaterpark. This park is quite small but has a bright contemporary design. It also has a beautiful swimming pool with slides and fountains for children, as well as spacious terraces for active games and sunbathing. ... Open »

Guide to sightseeing and entertainment for children in Almeria - parks, attractions, museums, zoos, water-parks. All fascinating and educational sites of Almeria, which are must visit and see for your child. Find out the best discovery routes and places for kids (local theaters, exhibitions and museums), where you can spend quality time together. Almeria for families with children.