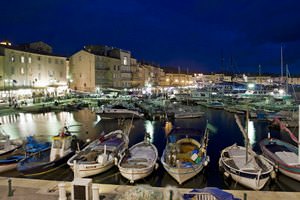 San Tropez is a city of splendid traditions which have been formed through many centuries. The city owes its name to a martyr Saint Torpes. Local residents treat their patron saint with honor and each year great celebrations are organized to respect the patron. The Festival takes place in the middle of May and lasts for three days. The celebration has gained the greatest popularity and recognition among foreign guests. The program of the festival is a unique fusion of festive ceremonial military parades, the brightest carnival processions, astonishing pyrotechnic productions and great music performances.
Your active city break in Saint-Tropez. Attractions, recreation and entertainment - best places to spend your day and night here
Scenic beach areas, wild pine forests, smart parks, gardens and alleys, plenty of elite boutiques, stores and restaurants make the resort city of Saint Tropez a unique destination meeting …

Open
Anyone who feels like taking part in this grand festival can join the show. The only condition of participation in the performances is having historical folk costume on. On the third day of the festival the city holds various religious events. A portrait sculpture of the patron saint which is kept in the Saint Anne Chaplet is carried through the streets of the city. In the late afternoon a major part of the citizens set off to the suburban areas of the city, private nature nooks and to local parks and gardens organizing picnics and enjoying open air leisure till the late evening.
A cultural program offered by the city is not limited to the historical and religious celebrations and holidays. The city of Saint Tropez is an established place for holding of various holidays and festivals of global scale. One of such global events is the bikers’ festival named Harley-Euro. This international meeting of bikers engages bike fans from all over the world. They arrive at the destination by bikes passing thousands of kilometers on the way to the festival. Bikers organize festive drives and competitions as well as demonstrate the audience their bike driving techniques. Copyright www.orangesmile.com
Advices to travellers: what you should know while being in Saint-Tropez
1. San Tropez has gained a reputation of an upscale prestigious and a rather expensive resort being an established place of rest and recreation of world celebrities. However sparing tourists …

Open
Tourists admiring sport competitions and attractions should visit the resort city of Saint Tropez in September as during this period the city holds annual sailing competitions. Local coastline is a perfect destination for various water sports. Local residents are proud of their culture and traditions and eagerly acquaint foreign guests with favorite traditions and customs. During any festival and holiday tourists will feel easy and homey on the resort. From the first moments of Saint Tropez visit the foreign guests will completely be absorbed in the atmosphere of comfort and hospitality. 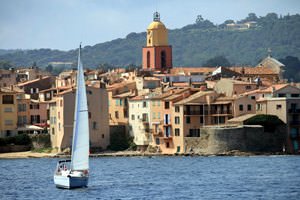 In August (or more precisely, at the end of the month) another regatta awaits those visiting St. Tropez, which is a kind of preparation for the sailing competition that is to take place the following month. We are talking about L'Aoutienne-Trophée Pourchet, and the event is no less than its September counterpart. The harbor of the Pearl of the Cote d'Azur is fast becoming the most visited place in the entire city. Its visitors include both city guests and locals. About thirty yachts participate in the festival, with thematic excursions, with cruises on luxurious sailboats being a wonderful addition to the event.
Guide to Saint-Tropez sightseeing - things to see and to visit
Saint-Tropez is a popular holiday resort situated in the south of France. While mentioning this name the majority of people get an image of a beautiful harbor full of sailing ships of light, … 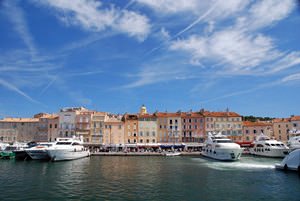 September is interesting not only because it is a time for holding a colorful sailing competition, but also for the fact that it is an interesting time for music lovers and connoisseurs of beauty. The thing is that, at this time in Saint-Tropez, a delightful musical event called Nuits du Château de la Moutte is held in one of the most remarkable historical sights Château de la Moutte. Here, in the magnificent courtyard of the French castle, you can listen to equally beautiful works of classical music. This venue was chosen because from here, from the inner courtyard, fantastic views of the Cote d'Azur enveloped in gorgeous sailboats and boats open up. The European Day of Music, Fete de la Musique, is also celebrated in Saint-Tropez on June 21st. The venue of the event is the picturesque streets of the city.
Cuisine of Saint-Tropez for gourmet with top restaurants and cafe
Saint Tropez is a genuine discovery for tourists admiring ethnic cuisine of Provence. The city features plenty of upscale gastronomy establishments meeting sophisticated tastes of the …

Open
On July 15th, right after the celebration of the French national holiday in honor of the capture of the Bastille, Les Bravades is held in Saint-Tropez. It also recalls the events of long gone years. The celebration is dedicated to the year 1637 when the great victory was won over the Spanish flotilla which consisted of 22 ships, while the fleet of Saint-Tropez consisted of only 4 ships. Up until this point, the city was a small village, industrial fishing – but it was from this moment that everything changed, turning it into a strategically important tourist attraction. Important fortifications were built, and more people moved here. During the festival, the harbor of the city again becomes the most visited place, as impressive events are played out on the water surface repeating the battle of 1637.

This guide to traditions and festivals in Saint-Tropez is protected by the copyright law. You can re-publish this content with mandatory attribution: direct and active hyperlink to www.orangesmile.com.
Saint-Tropez - guide chapters 1 2 3 4 5 6

Cathedrals and basilicas near Saint-Tropez
♥   Cathédrale Notre-Dame et Saint-Étienne, Fréjus, 19.9 km from the center. On the map

♥   Basilique Notre-Dame de la Victoire, Saint-Raphaël, 20 km from the center. On the map

♥   Ancienne cathédrale Notre-Dame du Puy, Grasse, 49 km from the center. On the map

♥   Basilique-Cathédrale Sainte-Marie et Sainte-Réparate, Nice, 70.1 km from the center. On the map

♥   Castle 'Château de Antibes' Alpes-Maritimes, 51.6 km from the center. On the map

♥   Castle 'Château de Roquefort' Alpes-Maritimes, 55.6 km from the center. On the map

♥   Castle 'Château de Gourdon' Alpes-Maritimes, 57.1 km from the center. On the map

Colors of Saint-Tropez in photos

Traditions and festivals in cities around Saint-Tropez

Cannes
The festival held in honor of Saint Sarah is another interesting holiday. As a rule the holiday takes place on May 25. Sarah is considered the patron saint of Roma. During this solemn day main squares, public gardens and parks of the city become the location for interesting musical shows. The event traditionally attracts the best music bands of the city, so familiar motifs of ... Open »
Antibes
Men here greet each other with a handshake, and close friends may exchange kisses on the cheek when they meet. It is worth noting that a simple kiss on the cheek, which is so common in many European countries, has a special meaning here. By greeting each other like this the both sides make it clear that they are interested in further conversation. While entering some store, ... Open »
Nice
The last day of carnival always coincided with the last Tuesday of February. The locals call this day Mardi Gras, which is literally translated as "Fat Tuesday". The most colorful festivals and tasting festive dishes take place exactly on this day. Many know this holiday by another name - "Pancake Day". Liquid streamers remain one of the main attributes of the carnival. The ... Open »
Monte Carlo
In case Monaco has charmed you and now you are thinking about purchasing the real estate - keep in mind that here it costs crazy money. Of course, you can win this money in one of the Monaco's casinos, where the initial bet is only $ 10. Thus, a large fortune is not required to attract participation in this incendiary game, which attracts the attention of gamblers and ... Open »
Menton
One of the highlights of the event schedule is the theatrical performances narrating the guests of the city the history and traditions of Menton. Even late at night the city does not fall asleep. At night the city witnesses a great crafts fair. Local restaurants and street cafes serve their guests 24/7. Travelers being lucky to visit the Menton city during the festival should ... Open »
Marseille
Contemporary art connoisseurs will love the Bazar Festival which is held in November. Amateur artists and sculptors, talented photographers and writers take part in the festival. The guests of the event get a chance to learn the art of the modern artists closer. One of the most waited and exciting parts of this festival is the selling exhibition of the best art works. The ... Open »

Cityguide on traditions, mentality and lifestyle of people in Saint-Tropez. Learn the best periods to visit Saint-Tropez to discover its soul - authentic festivals, events and celebrations. We will also reveal the interesting habits, attitude towards the world and to tourists in Saint-Tropez.