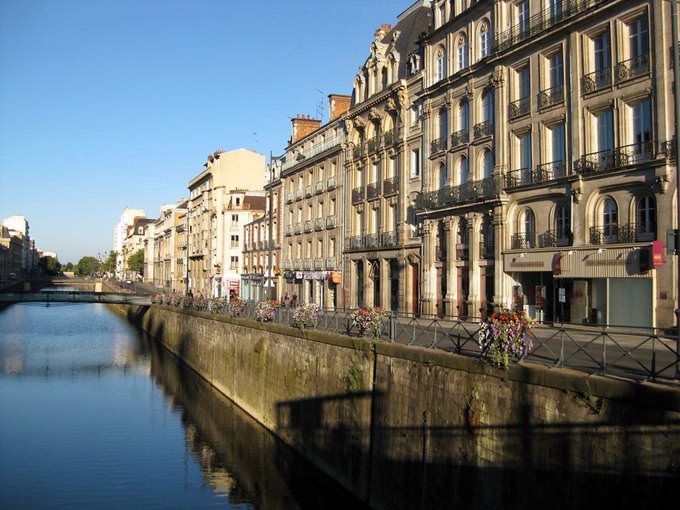 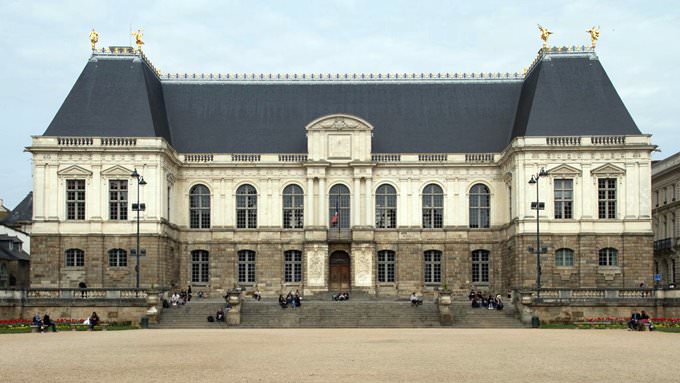 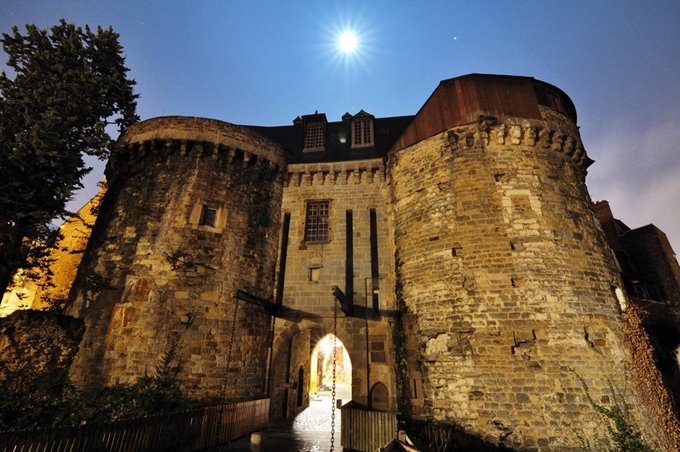 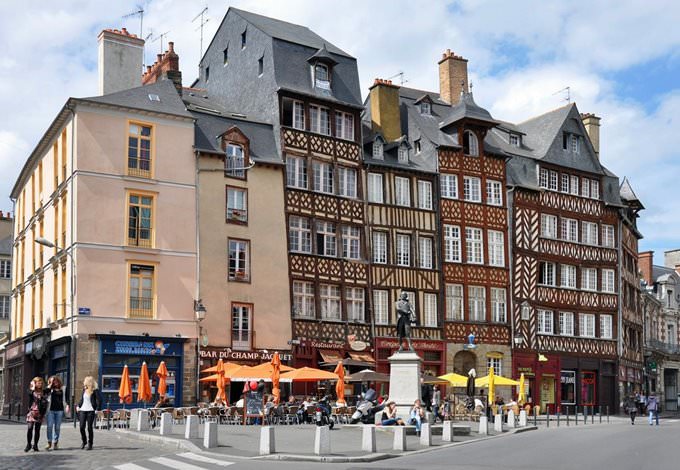 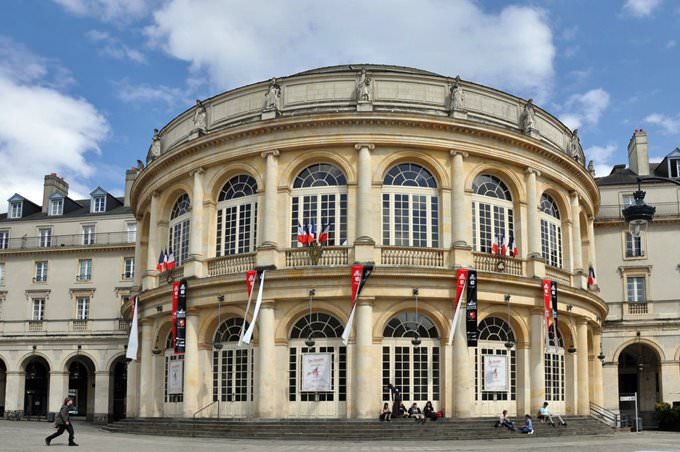 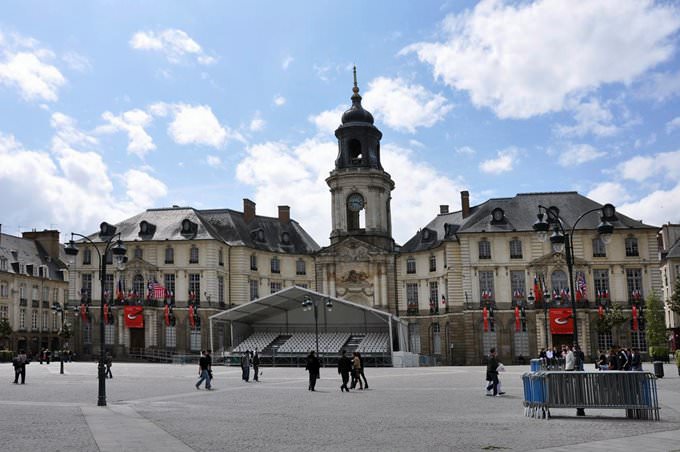 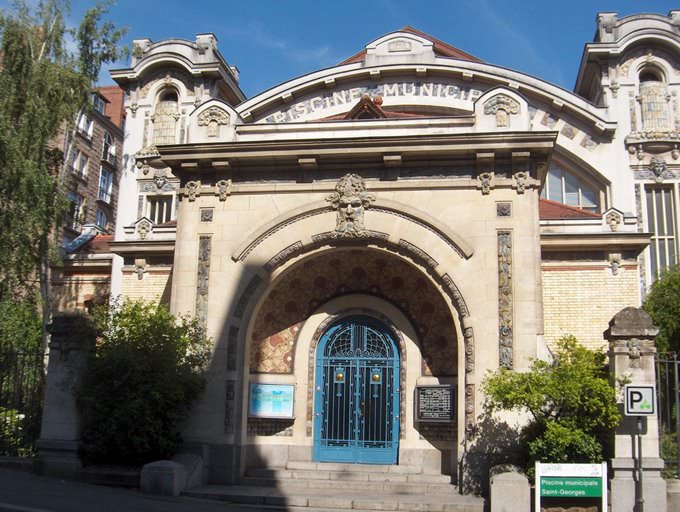 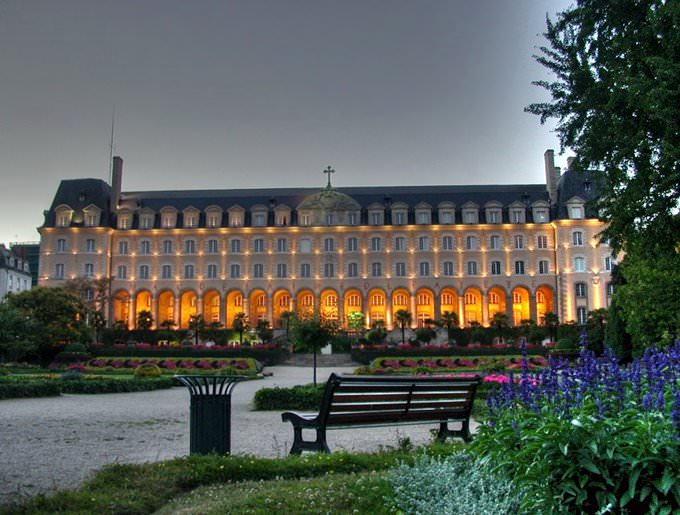 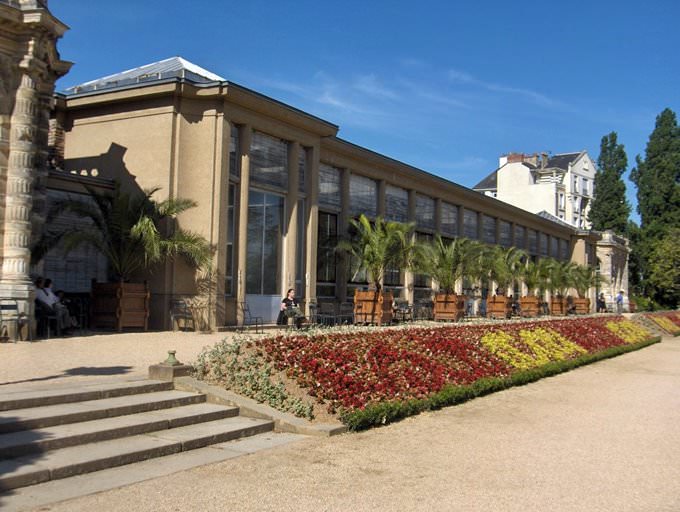 Chapters of the guide to Rennes

The city is located in the western part of France. Rennes attracts tourists by its unique architecture and amazingly beautiful natural landscapes. Start your observation of the city from its central area, where you will find numerous old buildings. Don’t forget to visit the cathedral, which construction took place in the 11th century. Episcopal Palace built in 1672 is another notable sight that deserves your … Open

The city of Rennes boasts a great choice of restaurants with the Le Galopin eating house being one of the most popular places to eat among foreign guests. It specializes in classic dishes of ethnic cuisine. Its menu offers a good assortment of fish dishes and original desserts. Sweets addicts will be amazed with a choice of original desserts being genuine masterpieces made by famous pastry chef. The Creperie La … Open

The city has preserved a number of old fortifications. The Duchenne tower stands out among them. It was built in the 15th century and was originally an integral part of the fortress wall. The tower got its name in honor of the city's main gatekeeper, Jean Duchenne. It had been serving as his home for many years. Over the years, the tower has repeatedly changed its purpose. In the 16th century it housed a city prison. … Open

Search touristic sights on the map of Rennes

Photogalleries of neighbours of Rennes

Laval
The old Eglise des Cordeliers draws the attention of all connoisseurs of ancient architecture. It looks quite modest outwardly, while a chic decoration in the style of past years is hidden inside. It was possible to preserve its artistically decorated vaulted ceiling and iconostasis, which was set up here immediately after the completion of construction. The church is quite ... Open »
Brittany
Historic monuments of Bretagne are as interesting and diverse as cultural traditions of the region are. One of the most popular places is the ancient port town of Saint-Malo; it was named in honor of a Christian monk. For many years the picturesque coastal town remained the center of the slave trade and corsairs’ haven; the Old Town district reminds about those old days. It ... Open »
Nantes
Porte Saint-Pierre is the best-preserved part of the city walls dating back to the Gallo-Roman period in the history of Nantes (3rd century AD). The current structure replaced an old 15th-century building, which, in turn, was erected on the site of a 9th-century fortification. Noble persons have repeatedly passed through the fortress walls. Among them is Henry IV of France ... Open »
Angers
Today, the building has elements made from limestone, tufa, and schist. Palais du Tau became a state-owned property in 1907. After reconstruction, a museum of religious art was opened in the palace in 1910. This museum has been open for more than a century. It exhibits collections of old icons and religious artifacts. A collection of old tapestries with religious scenes is a ... Open »
Normandy
Calvados, Manche and Orne departments have a huge number of fascinating attractions that can hardly be visited all in one visit to Normandy. Perhaps the most impressive historical monuments can be found in Calvados. The famous allied landing in Normandy was on its territory. Caen Memorial Museum is dedicated to this event. Moreover, the museum has one of the biggest ... Open »
Le Mans
A magnificent natural monument is Arche de la Nature, a park that is somewhat reminiscent of a fairytale farm - and this feeling of magical touch does not leave visitors for a minute. Many tourists visit the park solely for this fabulous pastoral atmosphere. Besides, here you can find a small farm with domestic animals (horses, goats, cows), as well as a beautiful garden with ... Open »
Tours
Tours is of great interest to fans of sightseeing, as many ancient and medieval sights have survived in the city. The main symbol of Tours is the beautiful Cathedrale Saint-Gatien, the construction of which lasted for nearly three hundred years. This spectacular medieval building represents a unique combination of different architectural styles; the height of cathedral towers ... Open »
OrangeSmile.com - online travel reservation expert providing reliable car rental and hotel booking services. We feature more than 25.000 destinations with 12.000 rental offices and 200.000 hotels worldwide.
Secure Server