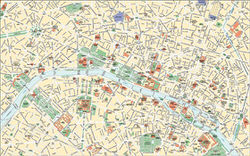 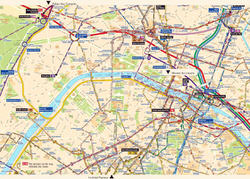 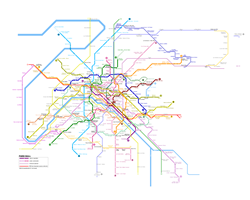 Interactive maps of hiking and biking routes around Paris

1. You can zoom in/out using your mouse wheel, as well as move the map of Paris with your mouse.
2. This interactive map presents two modes: 'Biking Routes' and 'Hiking Routes'. Use the '+' button on the map to switch between them.

This Paris map has two modes: 'Railway Network' and 'Landscape & Rural Map'. Use the '+' button on the map to navigate.

Our guide to Paris

The prestigious Buddha-Bar Hotel Paris is, without a doubt, a creative place. The design of this hotel is devoted to the culture and traditions of Asian countries. Guest rooms of this hotel are made in different styles and feature carved wooden partitions, carpets and furniture of bright colors, skillful drawings on the walls, and intricate glass and porcelain decorations. There are many genuine antiquities among the … Open

Shops on Rivoli Street are distinguished by a lot more affordable prices. On this street, visitors will find boutique stores of numerous international brands, including Zara, a large Gap store, and a whole pavilion of Yves Rocher cosmetics. It is possible to find quality and modern items at very affordable prices in this part of Paris. There are many interesting souvenir shops on Rivoli Street. Moreover, apart from … Open

Splendid Etoile promises to bring its guests to the elegant epoch of Louis XV. All guest rooms of this luxurious hotel are designed in light colors and decorated with refined antique furniture. Draping with premium textiles and spectacular flower bouquets create an unparalleled romantic look. The hotel’s bar, which is made in the classic English style, remains one of the most unusual elements of the … Open

4. Guests are recommended to buy the so called "city card", which gives you the right for a reduced fare on public transport. Cardholders can also get some discounts on visiting some cultural attractions. 5. Any sale of alcoholic beverages is prohibited after 22:00 in large shopping complexes. However, this rule does not apply to smaller shops. 6. The majority of night entertainments … Open

If you are not afraid of height, this type of extreme pastime is definitely for you! Here in Paris, you will have one of the most amazing opportunities to fly the small aircraft. This entertainment will cost you only 385 euros per person. Before take-off, a certified professional pilot will inform you about the basic rules of aircraft management and behavior in the air. Next, together with the pilot, you will make … Open

Several years later, the hotel was purchased by Francois Dupre, the owner of the no less luxurious Plaza Athénée hotel. Currently, Four Seasons Hotel George V Paris is the property of Prince Al-Waleed bin Talal who lives in Saudi Arabia. Guests of the luxurious hotel have an amazing opportunity to live in guest rooms, which once were a temporary home for internationally famous celebrities. The design of many rooms … Open