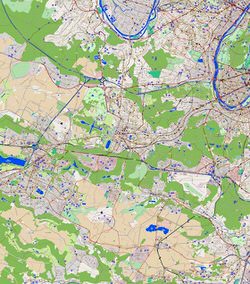 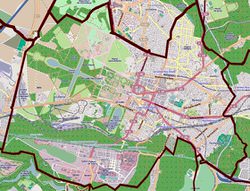 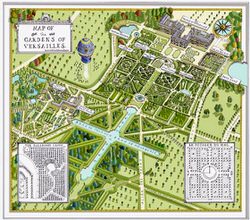 Interactive maps of hiking and biking routes around Versailles

1. You can zoom in/out using your mouse wheel, as well as move the map of Versailles with your mouse.
2. This interactive map presents two modes: 'Biking Routes' and 'Hiking Routes'. Use the '+' button on the map to switch between them.

This Versailles map has two modes: 'Railway Network' and 'Landscape & Rural Map'. Use the '+' button on the map to navigate.

Our guide to Versailles

Start your observation of the architectural landmarks of the complex from the eastern part of the main palace, the length of which is 680 meters. Each hall of the palace is made in an inimitable style, but the pantheon of Greek Gods remains the main inspiration of the design. Skillfully made marble décor, amazing handmade statues, and furniture with velvet upholstery decorate spacious halls of the palace. Outside, … Open

Nowadays, the prestigious Académie du Spectacle Équestre is open in that building. Visitors are welcome to attend fantastic equestrian shows, such as Reprises Musicales. One needs to buy tickets beforehand to be able to see the spectacular shows – as a rule, the tickets are sold out several weeks in advance. Visitors of the musical shows are also allowed to enter the stables and see training sessions. There is … Open

This garden unleashes a true genius of the King’s gardener, Jean-Baptiste La Quintinie. He built special walls and terraces that created a particular microclimate. Thanks to that invention, it was possible to grow more than 300 varieties of fruits and vegetables. The fabulous garden is located close to the grand palace of Versailles. It is a well-kept plot of land with flawlessly straight rows of plants, … Open

Traditions and mentality of Versailles

Initially, it was a small village, but Louis XIV decided to turn it into his residence and so the place got wide avenues, first octagonal squares in France, mansions of the aristocracy, and even a grand church. The French Court had some interesting and unusual traditions that may seem unusual for modern people. For example, the ritual of Grand Couvert or a public dinner, during which the King and Queen of France … Open

Versailles has several chic hotels that certainly deserve the attention of true connoisseurs of luxury. They include Trianon Palace Versailles, A Waldorf Astoria Hotel occupying an incredibly beautiful historic building and offering its own private spa. Among its elite rooms are noteworthy suites with an area of over 60 square meters and fantastic views of the park of the Palace of Versailles. Rooms are decorated … Open