Cuisine of Menton for gourmets. Places for dinner - best restaurants 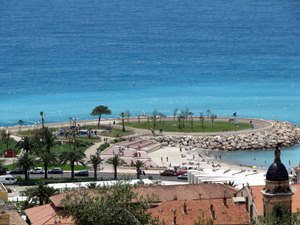 Italy has profoundly influenced culinary traditions of Menton. During the tour over historical part of the city travelers will come across numerous cozy bistros. The best one among them is considered to be the Le Chaudron bistro offering its visitors the most popular ethnic dishes. The specialities of the eating house are considered to be different sea foods. Expert cooks prepare grilled fish and serve it with fantastic accompaniments. The visitors will love fluffy desserts and the wine list of the Le Chaudron bistro deserves the highest praise.
Your active city break in Menton. Attractions, recreation and entertainment - best places to spend your day and night here
Menton is of great popularity among beach recreation fans and those eagerly spending vacations in the scenic nature areas. The destination offers its guests perfect pebble and sand beaches …

Open
Meat dishes gourmands will better like the Brailade Meridionale bistro as the eating house serves excellent Nice beef. Among specialities of the house regular guests give preference to ravioli with vegetables and the softest meat pastes. The Oh! Matelot! restaurant is an original gastronomy destination in all aspects. Its hall is decorated with fine decor items: nice pictures and photos featuring seascapes, fine ship models and miniature lighthouses. The menu of the restaurant totally inherits its sea theme. Expert cook make dishes of sea foods following chef’s recipes.
Menton also hosts typical Italian restaurants among which the most visited is the La Martina. Its hall is filled with cozy and quite ambience. The restaurant will be a perfect place for a family dinner. The evenings in the La Martina restaurant are often accompanied with performances of famous musicians and the restaurant guests may enjoy bright entertaining program. Copyright www.orangesmile.com
Advices to travellers: what you should know while being in Menton
1. The coldest month of the year in Menton is considered to be January meanwhile the hottest one is commonly July. Generally Menton is always interesting to visit despite of the season and …

Open
Beer friends can not leave out of sight the Le Spinnaker restaurant. It gained its popularity among local folks and city visitors due to a vast selection of beer sorts. However the highest expertise of the cooks has also contributed to the popularity of the gastronomy destination. In addition to favorite beer sorts guests are offered excellent snacks, salads and hot sandwiches. 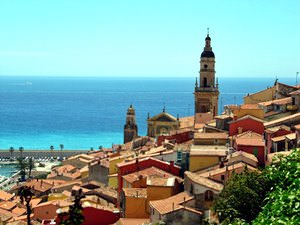 Menton also has a place to eat for vegetarians. The Loving Hut restaurant offers a great choice of dishes made of vegetables. The eating place has its own bakery that is why any dish will be added with hot baked bread. A rather exotic eating place is the Le Touareg restaurant which is specializing in Moroccan cuisine. The visitors of the restaurant will be much impressed with the variety of oriental treats and the fine interior design of the hall featuring oriental style decoration which will be a perfect addition to the meal. Among other original eating places one may visit the Le Taj restaurant specializing in Indian cuisine. This restaurant will be of great interest for traditional Indian dishes and delicacies fans.
Shopping in Menton - main shopping streets, outlets and boutiques
Menton has many original stores delighting customers with a variety of interesting goods and unusual decorations. Le cave Saint-Pierre wine shop features a very original design. Here, a …

Open
Menton's classic cuisine will appeal to those who can not imagine a meal without delicious seafood, fresh vegetables, and fruit desserts. Here they prepare traditional "Bouillabaisse" soup from selected varieties of fish and seafood. It's hard to realize that once the dish that became so popular all over the world was prepared every day by local fishermen's families - this is how they spent the unsold part of the catch. 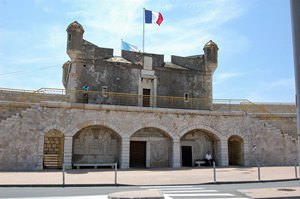 A lesser known first course available for tasting at Menton restaurants is "La soupe au pistou", which is cooked with pesto sauce. This soup contains pasta, celery, carrots, young zucchini, fresh herbs, garlic and spices, and it’s pesto that gives it unique taste notes.
Guide to Menton sightseeing - things to see and to visit
Menton is a city located in the heart of France. This is a famous beachside resort, a town of mimosa and hot sun. The main peculiarity of the city is the magnificent gardens, large lemon and …

Open
The most common vegetable dish at local restaurants is Nicoise salad, and there are dozens of its versions. The classic salad is made with tuna, tomatoes, anchovies, olives, boiled eggs and fresh herbs, and high-quality olive oil is used as a dressing. Some Menton restaurants adhere to the classic standard - chefs believe that this is the only way to appreciate its true distinct taste. 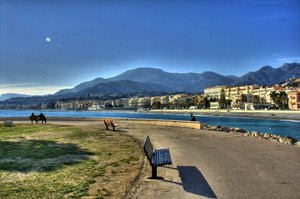 A must-try for vegetarians at local restaurants is Ratatouille, which is prepared with inimitable herbes de provence giving it an incredible aroma and special taste hints. In Menton, they practice special methods of preparing many common French delicacies. For example, here you can taste the dish from frog legs prepared in a special way called “Cuisses de grenouilles”.
Family holidays with kids in Menton. How to entertain your child, things to show to children.
The Koaland Park is extremely famous among vacationers with children in Menton. It is a small and incredibly comfortable amusement park which has a Ferris wheel, attractions for the youngest …

Open
As for meat dishes, one of the most common is Blanquette, which is prepared from selected meat stewed in a creamy sauce. Fans of unusual desserts in Menton will have the opportunity to try a special kind of marmalade “Marmelade à l'oignon”, which is prepared from onions. The vegetable known for its burning taste becomes unbelievably sweet after heat treatment. Small marmalade boxes are among the most popular tourist souvenirs. Visit pastry shops to try traditional Tropezien cake, which is prepared with a special custard. Traditional "Calissons" almond cookies prepared with candied fruits are also widespread in Menton.

This guide to cuisine and restauraunt in Menton is protected by the copyright law. You can re-publish this content with mandatory attribution: direct and active hyperlink to www.orangesmile.com.
Menton - guide chapters 1 2 3 4 5 6 7 8

♥   Restaurant 'Elsa' Roquebrune. Type - Mediterranean cuisine. 5.8 km from the center. On the map

♥   Restaurant 'Loga' Monte-Carlo. Type - Traditional cuisine. 7.3 km from the center. On the map

Searching where to eat - restaurants and cafe on Menton map

Cuisine and restaurants in the neighbours of Menton

Monte Carlo
Gourmet travellers will never be bored in Monte Carlo as the choice of gastronomic facilities here is truly very diverse. Le Pistou restaurant serves to its guests popular Mediterranean cuisine. Large choice of appetizers and an amazing selection of wines and desserts - Le Pistou is a great place for rest. Le Cafe De Paris restaurant cooks French cuisine. The elegant interior ... Open »
Nice
Christian Plumail restaurant is one of the most prestigious culinary institutions in Nice. This place will be surely loved by fans of seafood, as well as by those who are not indifferent to authentic Italian pizza. Pizza here is prepared according to an ancient Roman recipe, so even demanding gourmets will be truly delighted with it. The city has a restaurant dedicated to ... Open »
San Remo
The best eating house of the city of San Remo is considered to be the Taverna Al 29 restaurant specializing in Mediterranean cuisine dishes. Its menu offers its visitors a huge selection of speciality treats meeting each taste and fancy. The main drawback of the eating house is a rather small hall with only 9 tables. The Taverna Al 29 restaurant is located not far from a local ... Open »
Antibes
Oscar's is known as the most elegant restaurant of the city. High vaulted ceilings, beautiful antique furniture, stylishly decorated walls, graceful statues and vases with flowers - the decoration of the hall deserves the highest praise. The dishes served to guests in Oscar's restaurant are no less admirable - the traditional foie gras, fried prawns with spicy sauce, juicy veal ... Open »
Cannes
In Cannes tourists will find restaurants dedicated to various culinary trends and of various categories. The most elegant and prestigious dining facilities are located near the district of California, and budget restaurants and cafes are mostly found in Suquet and Forvil districts. The signature dish of Les Bons Enfants restaurant is braised rabbit with rosemary. In addition to ... Open »
Saint-Tropez
Saint Tropez is a genuine discovery for tourists admiring ethnic cuisine of Provence. The city features plenty of upscale gastronomy establishments meeting sophisticated tastes of the genuine connoisseurs and fastidious gourmands. Exotic and unusual treats admirers will love the Mesclun salad made of flavoring herbs and dandelion greens meanwhile hot treats fans will love pasta ... Open »

Travel notes on best cuisine and restaurants of Menton (France) on OrangeSmile.com. Famous recipes and traditional dishes and courses in Menton restaurants. Where to eat - our recommendations on popular places in Menton, where you can taste delicious meal and also spend a good time with your friends.