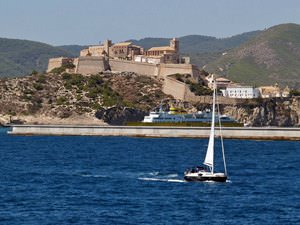 In public perception, Ibiza now is inseparably connected to parties, discos, and permissiveness but the fans of history will like it here as well. Despite poverty and desolation, which came here in the 20th century, before that this place had burst with life for more than two thousand years. Ibiza is unique, as it was the only place, where the Roman culture coexisted more or less peacefully with the Punic culture. The historians suggest that no earlier than seven centuries before Christ, the citizens of Carthage brought here their deceased. They gave this place particular importance, as there are no poisonous animals here.
Cuisine of Ibiza Island for gourmet with top restaurants and cafe
The cuisine of Ibiza combines the traditions from Spain, the Balearic Islands, Africa, and Mediterranean region. It should be mentioned that thanks to being so touristic, you can find …

Open
This conclusion was made upon research of Puig des Molins necropolis, named after the mountain, where it is located. It is believed, this place was discovered unexpectedly by a local citizen when his donkey slipped on the mud and fell under the ground. The ancient people made caves in the slopes of the mountain of windmills, where they put the bodies of the deceased, covering the entrance with stone plates. In the 1st century of our era, the Romans stopped burying their dead people here, but by this time the cemetery comprised more than three thousand tombs. Not all of the necropolis is now opened to tourists but you can see the most outstanding findings in the museum, located on the territory of this archeological complex. Remember that all the pieces are named in Spanish.
The Old Town of Ibiza is not less interesting. Earthen berms, fortress walls – all of these remained as a tribute to Mauritanian domination, although the Spanish reconstructed the Dalt Villa several times and only in the 16th century it got its modern look. Here you should not only walk the medieval streets, but also come up on the castle walls. On the territory of the Old Town you can see the excavation of the 7th-century ruins. Earlier constructions hadn’t remained till our time. All the artifacts that were found here, are exhibited in the castle museum together with the other items, brought from all the Balearic Islands. Portals Ses Tales and Nou that lead to the castle, are the masterpieces of art themselves. Copyright www.orangesmile.com
Authentic traditions, festivals and lifestyle of Ibiza Island inhabitants
Ibiza is world-famous for its clubs. The parties here are from dusk till dawn not only during the weekends but on weekdays too. The reason, why the island became the first in club fashion is …

Open
Inside the castle there is the most beautiful baroque architecture monument – the Cathedral, dedicated to Our Lady of the Snows. However, the inside décor of the castle corresponds more to the austere Romanian style. Inside you can see the Ark and the Statue of Our Lady of the Snows. Santo Domingo Church, which was constructed in the 13th century, was built fully in the Romanian style, except for some elements, typical for the Renaissance era. You can see it in Soria. 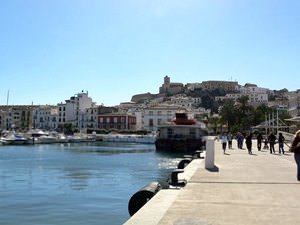 For those, who want to learn more about the life of the Pitiuses in Santa Eularia des Riu, there is an ethnographic museum. You can also visit the mansion, which belonged to a wealthy family and is now restored. The mansion is opened to anyone, who is interested to know what the life of the local people was a century ago. Moreover, on the territory of the mansion, the groups of enthusiasts sell their works, created with the use of ancient technologies. Usually you can hear there the ethnic music, typical for the Balearic Islands.
Your active city break in Ibiza Island. Attractions, recreation and entertainment - best places to spend your day and night here
Ibiza is the Mecca of clubs. But there are also things to do during the daytime for those, who like active leisure and extreme sports. Do you want to ride a speedboat? Go ahead! On most of …

Open
Those, who prefer everything modern, will like The Museum of Contemporary Art. Ironically, it is located in a historic building of the Old Town. Unusual paintings and bizarre statues coexist here with the walls with Carthage stonework. Those, who like mystic things, will definitely try to visit Es Vedra island, which has a weird glory. The compasses and all the modern equipment here have a tendency to veer off course and people tend to disappear. Anyway, officially it is forbidden to go ashore here, so the guided tours just go around the island.

In the section below, you can get one of our excursion, activities or city discovery tours over Ibiza Island and surroundings. Our website offers 10-30% lower ticket prices, when compared to the offline purchase on the spot.

City tours, excursions and tickets in Ibiza Island and surroundings

This guide to cultural sights Ibiza Island is protected by the copyright law. You can re-publish this content with mandatory attribution: direct and active hyperlink to www.orangesmile.com.
Ibiza Island - guide chapters 1 2 3 4 5 6 7 8 9

Spain is a culturally rich country. There are more than 40 objects of the UNESCO World Heritage List. The country was built and developed under the influence of three religious confessions - Christianity, Islam, and Judaism - which affected the material and spiritual culture. There is a large number of museums in Spain. The largest of them, the Prado Museum, is situated in Madrid. The building, in which it is located, was constructed in the 18th century. That’s a monument of classicism. The collection of the Museum of Fine Arts embraces pieces by El Greco, Velasquez, Bosch, Botticelli, Raphael, Titian, Bassano, and Rubens. The walls of the museum hold a unique collection, which is one of the 20 most visited in Europe. … Open

Excursions over cultural sights of neighbours of Ibiza Island

Ibiza
Santo Domingo Church is usually mentioned among the best known religious sites of the city. The church is a landmark of the national importance. The first building on the site of the modern church appeared back in the 12th century, and later it was repeatedly expanded and supplemented with new elements. Nowadays the beautiful cathedral is a unique combination of three ... Open »
Palma de Mallorca
The palace features not only bright and impressive frontage but an ingenious interior design. Its walls keep a rich collection of the art objects, antique furniture and military attributes. The Bellver Castle (Castillo de Bellver) is located on one of the high hills of the island. The castle was erected in the first part of the 14th century. The name of the castle can be ... Open »
Benidorm
Benidorm will attract not only fans of beach rest, but also fans of exciting excursions. Its territory is the location of a huge number of historical monuments. Here are opened numerous interesting museums and galleries. Beautiful Gran Hotel is one of the most striking sights of Benidorm. This is the highest hotel complex in Europe and a true example of modern architecture. The ... Open »
Mallorca
During the tour visitors will be offered to walk through large halls of the castle and then appreciate a breath taking panoramic view as the viewing platform of the castle offers unforgettable scenes. A genuine masterpiece of architectural art is the Royal Palace of La Almudaina. Few centuries ago it served as the main residence of Moorish vizirs. Nowadays the buidling serves ... Open »
Valencia
Vacationers should definitely not forget to visit Science Center, which is located just a few steps away from the pond. This is a beautiful hemispherical building. The total square of the large-scale complex of is more than 350 thousand square meters. Every day Science Center holds interesting lectures and laser shows devoted to natural science topics. Here you can watch films ... Open »
Alicante
Santa Barbara Fortress remains one of the main symbols of the city. The fortress was built on a high cliff. Previously the site of the castle housed numerous fortifications as from ancient times Mount Benacantil has had an important strategic purpose. There are several viewing platforms near the castle, from which everybody can enjoy panoramic views of the city and the ... Open »

Culture guide to Ibiza Island. Which fascinating sights to visit once you are in Ibiza Island: temples, churches, museums, theaters and castles. Recommendations (with addresses, phone numbers and links) on the places 'must visit' in Ibiza Island. Plan your own city excursion by using this page info!