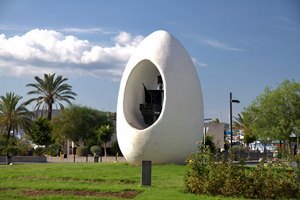 Ibiza is world-famous for its clubs. The parties here are from dusk till dawn not only during the weekends but on weekdays too. The reason, why the island became the first in club fashion is the mentality of the locals. “Tranquilo”, which means “calmness”, is probably the most important word on the island. People here do not strive for high income and are not ready to give every minute of their life to reach some goal. They just live and enjoy every single day.
Shopping in Ibiza Island - main shopping streets, outlets and boutiques
Shopping enthusiasts will like Ibiza, as you can buy here souvenirs with local color as well as world-known goods at a reasonable price. The heart of the business life of the island is Ibiza …

Open
The working day in Ibiza starts early, sometimes at 7 a.m. However, you will find hardly any organization that works from 1 p.m. till 4 p.m. – this is siesta time. Another great local tradition is to go to the beach on Sundays to throw a picnic or to spend time at a roadside café. It should be mentioned that people on Ibiza do not consider themselves Spanish, but there are no separatist movements here. There are officially two state languages here – Spanish and Catalonian, and many places have double names, which can lead to difficulties with maps and signs. In touristic regions most of the locals speak English or German, but in small villages, which are far from loud parties, sometimes only Spanish language can help.
Mostly, the locals are friendly towards the tourists if they respect the social norms. Despite there is a hippie settlement on the island and nude beaches are popular not only among the tourists, frivolous behavior outside clubs is not welcomed. Now the tourist flow starts to harm the ecology of Ibiza and other Balearic Islands and defiant behavior of travelers easily irritates the locals. Copyright www.orangesmile.com
Guide to Ibiza Island sightseeing - things to see and to visit
Island of Ibiza is associated with sea, sun, night clubs and lively parties, that’s why it attracts lots of tourists in summer time. The capital of Ibiza is the city of the same name. …

Open
The inhabitants of Ibiza like to celebrate something and they know how to do it. The holidays itself are called “fiesta” in Spanish manner. Most of important dates are connected with the Christian calendar. Not only common holidays like Easter and Christmas, but also the Days of the patrons of each precise settlement are widely celebrated here. In February and March in Ibiza you can join the parade to celebrate Lent, on March-April – in honor of Easter Week, and on the first Sunday of May in Santa Eularia you can see a colorful procession with horses, wagons, bright costumes, and fireworks. Midsummer Eve, which is similar to the Eve of Ivan Kupala, is also quite big in Ibiza. The center of the feasts is Sant Joan settlement. 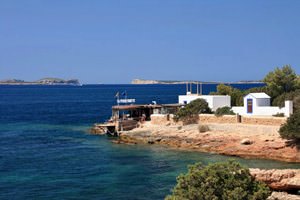 In July they salute the patron of the fishermen and the seamen. The most colorful ceremonies are held in the capital of the island. In August you should definitely attend Festa de Sant Ciriac, designated to the conquest of the island by the Spanish. The most important thing is to choose the right clothes, as the celebration ends with the cantaloupe fight. On August 24th in San Antonio you can join Dia de Sant Bartolomeu. The program includes swimming and slingshots competitions, music, and dancing. On October 12th they celebrate the discovery of America by Columbus, and on the night from 31st October to the 1st of November there is Halloween, when there are not only festivals but also amazing parties, despite it is not the party season. During the first week of December, you can visit the wine festival, and at the New Year, which is celebrated as hugely, as Christmas, when the ball drops, you should eat exactly twelve grapes, while making a wish, which is believed to come true.

This guide to traditions and festivals in Ibiza Island is protected by the copyright law. You can re-publish this content with mandatory attribution: direct and active hyperlink to www.orangesmile.com.
Ibiza Island - guide chapters 1 2 3 4 5 6 7 8 9

City tours, excursions and tickets in Ibiza Island and surroundings

Colors of Ibiza Island in photos

Traditions and festivals in cities around Ibiza Island

Ibiza
Do not start a conversation about politics or personal life as it can be perceived as a sign of bad manners. However, the locals can speak endlessly about sports, local culture and places of interest. They have great respect for people who are interested in their national culture and lifestyle. In terms of appearance tourists should follow ordinary rules of good manners. An ... Open »
Palma de Mallorca
The fest is considered to be one of the oldest carnivals of the island. The main feature of the holiday is bright dance parades and marches. In late September and October tourists may witness several festivals devoted to harvest cropping. No matter what season a journey to Palma de Mallorca falls in, the tourists will always have a chance to witness the brightest ethnic ... Open »
Benidorm
In order to welcome the long-awaited spring, the local residents construct huge figures made of cardboard, and then they burn them on the squares of the city. March 18 is always the time for various fairs and cooking contests. In the evening everyone gathers on the main square of the city in order to admire a spectacular pyrotechnic show. The celebration of Day of Moors and ... Open »
Mallorca
Many cities of Majorca celebrate the St. Bartholomew Day or the Fiesta of Sant Bartomeu. The Festival of Chinese lanterns is celebrated in Alcudia. The event is considered to be the most unique and inimitable national fest. The streets of the old quarter of the city see the scale parade. All the kids participating in the parade should have handmade lanterns. These are commonly ... Open »
Valencia
The most grandiose event, which is eagerly awaited by all participants of the festival, is held on the last day of the festival. Right after the burning of figures starts a colorful fireworks show. Deafening explosions of firecrackers and bright flashes that illuminate the sky - the show is really very impressive and fascinating. During the days of the festival Valencia is ... Open »
Alicante
Many national holidays have a religious nature. For example, Holy Week remains one the most important celebrations. During this period are organized processions to the most important religious monuments of the city. No less than twenty religious communities take part in the festival. The pilgrimage of Santa Faz is a no less important event. The solemn procession walks from the ... Open »

Cityguide on traditions, mentality and lifestyle of people in Ibiza Island. Learn the best periods to visit Ibiza Island to discover its soul - authentic festivals, events and celebrations. We will also reveal the interesting habits, attitude towards the world and to tourists in Ibiza Island.