Preparing your trip to New York: advices & hints - things to do and to obey 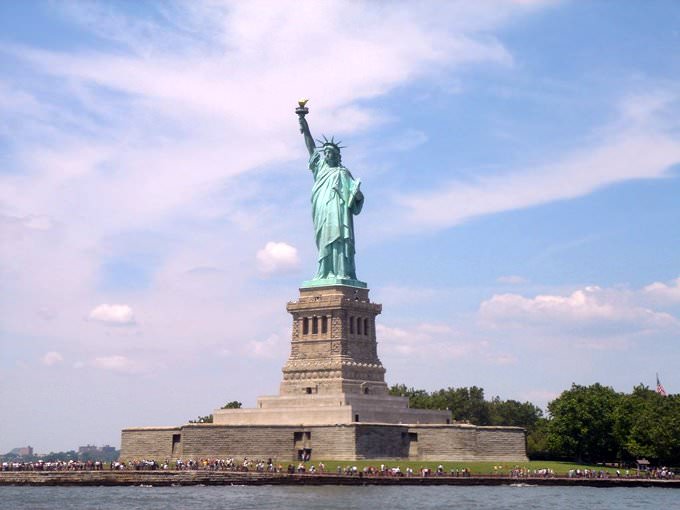 1. One of the best ways of saving money during a trip is to order less food. Portions in local restaurants are much bigger than normal portions served in European institutions.
2. If you want to get to a museum or to a popular restaurant, you are highly recommended to check the availability of tickets of empty seats in advance. Ordering tickets to some excursions and booking tables in some institutions must be done in advance.
3. Do not enter empty wagons in the city’s subway. When you make a walk in the city, it is also recommended to stay in crowded places.
4. At night travelers are advised to use transport.
5. While visiting a public institution, you should not forget to look at your personal belongings. This is particularly true for subways and shopping malls that have become so called "working areas" for pickpockets. Copyright www.orangesmile.com
6. The most convenient way of travelling in the city is by buses and subway. Tickets for a ride can be purchased in special vending machines “Ticket Vending Machine”. These machines accept both cash and credit cards of international standard.
7. In the city you will see many stalls that offer customers to buy pastries and traditional fast food. You will also see many Fried Nuts kiosks, in which you can buy various nuts.
Best hotel choice for romantic escape, wedding or honeymoon in New York
Travelers, who want to spend a romantic holiday in lively and crowded New York, are recommended to pay attention to 6 Columbus - A SIXTY. Besides romantic décor of guest rooms, this hotel …

Open
8. Zagat reference service is the simplest way to find out about upcoming cultural events and specify the work of museums.
9. You will see Emergency Rescue Service Box outlets close to all major government agencies and trading complexes. From these boxes you can call emergency, the police and the fire department.
10. You will also see national guardsmen on almost all the streets of the city. You can contact them to get help and clarify how to get to some places of interest.
11. New York, just like any other large city, has a problem of shortage of parking spaces. Those tourists, who will rent a car, are recommended to be extra attentive to the road signs as a fine for parking in the wrong place can be quite high.
12. One of the best ways to get acquainted with the sights of the city is to use the service of a rickshaw. As a rule, rickshaws work near all major parks and entertainment centers.

What to visit being in New York - unique sights Distance from New York center - 4.9 km.
The historical New York station has its own secrets. People had recently become aware of the secret platform of the Grand Central New York. The platform was used just once during the reign of Franklin Delano Roosevelt. He used this platform for his own train. The building is richly decorated with the sculptures. If you are a fan of them, you will spend a great time there. Also, it is important to note, that the Grand Central New York is one of the most cinematographic stations in the world. … Read further Distance from New York center - 4.3 km.
Despite the fact that the staircase inside the Statue of Liberty is modern and seems quite reliable, not everyone dare to walk along it. The staircase is very narrow and cramped, it will be extremely difficult to cross it on two walking people. In addition, the ladder has a lot of sharp bends and turns, which also significantly complicates the process of recovery. To overcome this difficult path, you will need not only strong legs and nerves, but also a strong vestibular apparatus. … Read further

Tips for the cities around New York

Manhattan
2. Manhattan should better be cruised on foot as it is a perfect way to visit the most significant landmarks and sights. Besides, some central streets are free of city traffic being totally pedestrian areas. 3. The optimum means of public transport is underground. The territory of the Manhattan island can be easily cruised by bus. The underground operates till late night. ... Open »
Philadelphia
2. It is customary to leave a tip in local restaurants and cafes; it is usually quite high and make out 18-20% of the total bill. In some large restaurants a service charge is included into the total order; in this case, there would be ‘gratuities’ or ‘tips’ mark in the check. 3. All public places are non-smoking, so you should pay special attention to signs. As a ... Open »
Baltimore
2. The closer a gastronomic institution is located to a hotel, the higher is the cost of meals. Tourists, who expect to save on food, are recommended to visit cafes and restaurants that are located in one of the numerous malls of Baltimore. 3. The power supply voltage is 110 V, so you may need a special adapter to use certain appliances. Sockets are also different from ... Open »
Massachusetts
2. It is convenient to travel around metropolitan area of the state by public transport. Those who expect to move a lot and visit distant cities are recommended to rent a car, as it offers travelers an opportunity to move freely throughout the territory of Massachusetts. 3. Local roads are usually relatively free of traffic. The fact is that the state's population density is ... Open »
Cambridge
2. The majority of hotels, restaurants, cafes and other public places are equipped with free Wi-Fi. However, some institutions may charge a small fee for this service. 3. Line supply voltage in the majority of hotels is 120V. Local hotels are equipped with the standard American-style wall sockets. Make sure to check the compatibility of the appliances that you plan to ... Open »

Travelling to New York - advices and tips. What should be provisioned in advance, the rules you might want to follow, and the things you better avoid doing in New York. We help you to make your trip smooth and easy, with no unexpected surprises.