Sightseeing in Niagara Falls - what to see. Complete travel guide 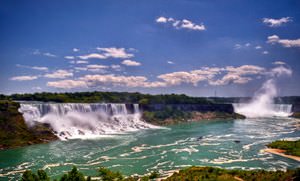 This city is located on the border of America and Canada. The same named river divides the city into two conventional parts - the U.S. and Canada ones, which are connected by a bridge. Every year more than 15 million of tourists from different parts of the world visit Niagara Falls thanks to an amazing treasure of the nature – the Niagara Falls. Every year new tourist resorts and hotels open in this region, restaurants and bars open around them, as well as numerous trade halls and markets.
Shopping in Niagara Falls - main shopping streets, outlets and boutiques
Few tourists visit Niagara for the sole purpose of shopping. This city is famous for its unique natural and historical sights. Nevertheless, there are still conditions for good shopping …

Open
The majority of excursions are associated with falls. Here you can visit exhibitions of photographs devoted to falls, attend entertaining lectures and performances for children. Approximately 500 kilometers of the falls are located on the "American" side of the city, but the biggest part of the falls are on the "Canadian" side. It’s hard to see the greatness of the falls from the American side due to rocks that simply overhang the falls, but the Canadian side of a waterfall features an unforgettable glorious look.
Around this complex are built numerous observation platforms, many of which literally hanging over the falls. The biggest observation area is named "The Table Rock". We should note that visitors of the city can move freely from the American side to the Canadian one using a Rainbow Bridge and, thus, see this wonder of nature from all sides. Besides traditional walks in the nature park, there is an opportunity to make a trip on a balloon or a helicopter and see the region from a bird's flight. Copyright www.orangesmile.com
Family holidays with kids in Niagara Falls. How to entertain your child, things to show to children.
Niagara's main attraction is wonderful waterfalls of the same name - an amazing natural sight of world significance. This city is perfect for families with children, its guests can see …

Open
On evenings tourists can spend some very nice time in the public bars and nightclubs. Here are also often arranged concerts and fireworks in open areas. Being surrounded by beautiful nature and diversity of entertainment, you will definitely not get bored. 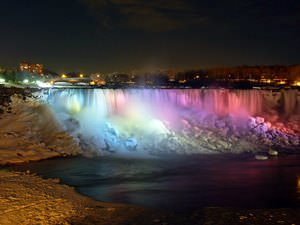 Besides the magnificent waterfalls, Niagara's guests can see many other local attractions. For example, the city's busiest street - Clifton Hill. This is a quite short winding street that starts from the very gorge of Niagara. This street accommodates many beautiful historic buildings. Today, the old buildings house many popular fast-food restaurants and entertainment facilities.
Cuisine of Niagara Falls for gourmet with top restaurants and cafe
A scenic small city of Niagara attracts tourists not only with its unique landmarks and sights but with plenty of gastronomy destinations of the area. Upscale restaurants and small cozy …

Open
On this street, you can visit Ripley's Museum full of incredible exhibits or the mysterious House of Frankenstein, which is equipped with several panic rooms and incredible rides. The same street has the Houdini Museum bearing the name of the great illusionist. Its incredible exhibits are sure to impress even stubborn skeptics. 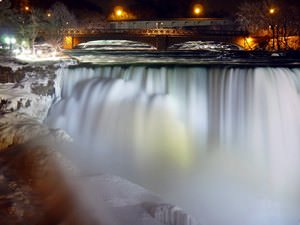 Walking over the waterfall, you can see an unusual symbol of these places - the old barge. In 1918, the barge ran aground. It was towed for some distance, but the rope broke off, and the ship rushed to the waterfall. The ship's crew was still on board, their barge got miraculously caught behind a rocky ledge just 750 meters away from the cliff. The whole team was saved, and the abandoned barge has remained in this place for many years.
Authentic traditions, festivals and lifestyle of Niagara Falls inhabitants
The main symbol of the city of Niagara is definitely a grand waterfall of the same name. Unique natural landmark is far not the one and only spot of tourist interest in the area. The city …

Open
No less interesting natural attraction is Niagara-Glen Nature Reserve. Here, nature has been preserved in the form in which it was before people came to these places. The main part of the reserve is occupied by rock formations overgrown with rare trees and bushes. In the nature reserve, you can observe a lot of interesting caves as well as rare plants blooming in spring. Hiking trails of various levels of complexity are laid throughout its territory. To get to some of its hidden corners, you need special training. 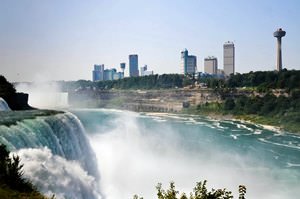 Niagara Falls is famous for its wonderful botanical gardens, among which the Rose Garden stands out. Its territory includes more than 2,000 varieties of roses, as well as other rare plants. Some of the flowers are constantly kept in the conservatory, so visiting the botanical garden would be interesting at any time of the year. The total area of Niagara's botanical gardens is about 40 hectares. To explore them all, you'll need more than one day full of excursions. In the local greenhouses, you can also admire beautiful butterflies.

This guide to iconic landmarks and sights of Niagara Falls is protected by the copyright law. You can re-publish this content with mandatory attribution: direct and active hyperlink to www.orangesmile.com.
Niagara Falls - guide chapters 1 2 3 4 5 6 7 8 9

Survived castles around Niagara Falls
♥   Castle 'Cary Castle' , 64.2 km from the center. On the map

National and city parks around Niagara Falls
♥   A - Park 'Dragon mountain park' , 3.5 km from the center. On the map

Art galleries in Niagara Falls and around
♥   Art museum 'Albright-Knox Art Gallery' Buffalo, 23.3 km from the center. On the map

Sights around Niagara Falls from our guide 'Extreme places on Earth' 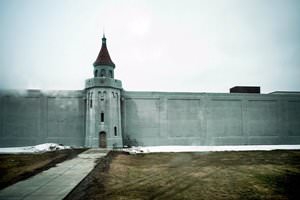 Distance from Niagara Falls center - 69.3 km.
Mark David Chapman was among Attica's most famous prisoners. He was the world-famous killer of John Lennon. Dangerous serial killer David Berkowitz was serving a sentence in prison. He is also known by the pseudonym "Son of Sam". Legendary robber, Willie Sutton, was also among the famous prisoners. He robbed more than a hundred banks in the United States in 30 years. The tragic events of the past years and numerous attempts to publicize the real situation of prisoners in the Attica prison have not led to positive changes. The prison is as crowded today as it was many years ago. Two people are kept in her tiny solitary cells. … Read further 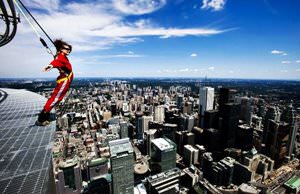 Distance from Niagara Falls center - 66.6 km.
Besides the wonderful observation deck in the CN Tower, many more surprises are waiting for guests. The viewpoint is not the only place from which you can admire cityscape. The great panoramic view is offered by the onsite restaurant. This restaurant is open till late, so it will be a great place for admiring the night view of the city. Nice souvenirs, which will be a pleasant reminder of an unforgettable adventure, can be bought on the first floor. … Read further

Distance from Niagara Falls center - 66.5 km.
Space Deck lookout is situated at an altitude of 447 meters, so in sunny weather its visibility can reach 120 kilometers. Another attractive tourist attraction is Under the Sky center, located at an altitude of 330 meters. Here, there are several viewing platforms too, as well as restaurants with panoramic windows and other entertainment venues. The grand staircase of the tower of 2,679 steps is a venue for the annual marathon. … Read further

Search touristic sites on the map of Niagara Falls

Sightseeing in regions nearby Niagara Falls

Buffalo
Allentown district is famous by its exhibition centers, wide selection of night clubs and bars, and antique shops that offer large choice of souvenirs. Northern Buffalo district is widely known by its shops. The number of them is so high that even a devoted shopping fan won’t be able to visit them all. Here you can find either small groceries or modern trading centers. As ... Open »
Toronto
Mackenzie House is without a doubt one of the most beautiful architectural structures of the city. This is also the house of the first mayor of Toronto. It was converted into a museum that provides its visitors with the history of Toronto. Besides the examination of collections of historical artifacts, visitors have an opportunity to taste wonderful dishes prepared according ... Open »
Cleveland
On the north of Cleveland is located a district named Civic Center. Here are located most important administrative buildings, mayor’s house and most beautiful parks of the city. In the center of Civic Center you will see a strange monument made in the shape of a huge red seal that symbolizes the wisdom and power of the government. The neighboring district is called North ... Open »
Pittsburgh
Nowadays in the city are well-developed software development organizations, biomedical equipment production plants, as well as numerous academic and research institutions. Besides this the city is a major university center as here are located the University of Pittsburgh, Duke University, Carnegie Mellon University, Carnegie Institute of Technology, and several colleges. As ... Open »
Detroit
Starting from the end of XIX – the beginning of XX century Detroit plays a significant role in automobile industry of the United States. The city develops and wonderful architectural sites and places of interest appear there. Among them is the main square of the city – Washington Boulevard that was light with Edison lamps. At that time Detroit was called “the second ... Open »
Ottawa
Several important places of interest are located around the central square. Here also stands the tower of the World, which height reaches 96 meters; the square is also the location of government buildings. They are made in the Gothic style which is unusual for modern architecture, so these houses more like beautiful medieval buildings rather than modern buildings. Every ... Open »

All about Niagara Falls, USA - sightseeings, attractions, touristic spots, architecture, history, culture and cuisine. Prepare your trip together with OrangeSmile.com - find out the 'must see' things in Niagara Falls, which places to visit, which excursions to take, where the breathtaking views are waiting for you. Planning your trip with this travel guide will help your to get the most out of Niagara Falls in few days.