Sightseeing in Cleveland - what to see. Complete travel guide 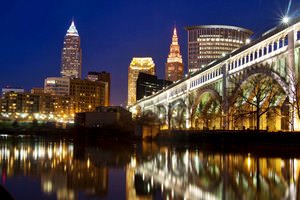 Cleveland is one of the largest megalopolises of the United States. The city was founded by a famous politician Moses Cleveland in 1796. He is famous for his participation in war for independence. The structure of the city is quite unusual. Cleveland is divided into several regions. Each region has its own characteristics and specific cultural direction.
Excursion over cultural sights of Cleveland - 'must visit' points of interest
Cleveland is ready to please tour lovers with an abundance of interesting sites to visit. The Rock and Roll Hall of Fame is dedicated to famous rock and roll stars. It is one of the largest …

Open
Public Square is located in the central part of the city. The square is surrounded by three largest skyscrapers of the city. Here you can also visit an ancient church Old Stone Church and a monument installed in honor of navy and soldiers named Soldier’s and Sailors’ Monument.
On the north of Cleveland is located a district named Civic Center. Here are located most important administrative buildings, mayor’s house and most beautiful parks of the city. In the center of Civic Center you will see a strange monument made in the shape of a huge red seal that symbolizes the wisdom and power of the government. Copyright www.orangesmile.com
Your active city break in Cleveland. Attractions, recreation and entertainment - best places to spend your day and night here
Cleveland has a lot of places for entertainment and recreation, and the West Side Market is among the most visited tourist attractions. It occupies a beautiful 19th-century building that was …

Open
The neighboring district is called North Coast District. Here are gathered various sights. In this district you will find a modern soccer stadium Cleveland Browns Stadium. Another sight of this place, Great Lakes Science Center, is located nearby. However, the most unusual cultural center is the Museum of Rock-n-Roll Fame. This museum features collections of unique exhibits that tell about the most popular music direction of the 80s. 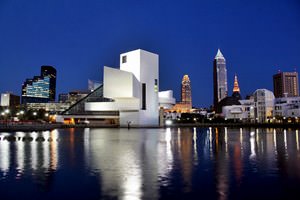 Gourmet travellers should definitely visit Gateway District as this place is known for most popular bars and restaurants of Cleveland. Theater connoisseurs will be glad to visit Playhouse Square region, where are located largest theatres of the US. Tourists with kids will enjoy visiting Cleveland Zoo, where young guests of this city will be able to see tamed animals, take a photo and even feed them.
Advices to travellers: what you should know while being in Cleveland
1. The best time to visit Cleveland is between the end of summer and the beginning of autumn. In the spring and autumn, there is always quite a lot of rainfall here, tornadoes and hail are …

Open
In Cleveland, there is a very interesting Italian quarter, called Little Italy. Here besides the charming Italian restaurants, there are many more interesting things for tourists. The stores present clothes and shoes of famous Italian producers. There are also catering shops selling Italian wine and delicacies. In this area, there are many interesting historical sites including the beautiful Church of Saint Rosary, which was built in 1905, as well as the Alta House, which was also built in the late 19th century and belonged to the Italian community. 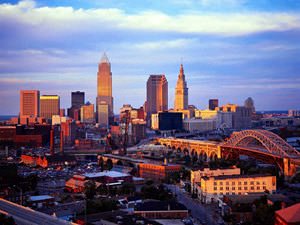 The city has one of the best art museums in the US - the Cleveland Museum of Art. It stores unique art objects brought from different parts of the world. Many exhibits date back to the Middle Ages. Asian and Indian art forms are of great interest. Economical tourists will be pleased to learn that the entrance to this museum is absolutely free.
Shopping in Cleveland - main shopping streets, outlets and boutiques
In Cleveland, you will find the wonderful West Side Market, which has long acquired the status of a historic landmark. The indoor market occupies a beautiful building dating back to the 19th …

Open
Travelers with children will be interested in visiting the Cleveland Museum of Natural History, a tour of which promises to be cognitive not only for kids. The museum houses a collection of exhibits dedicated to the rich world of animals and plants. Samples of fossils found by archaeologists in various areas of the United States can be seen here also. 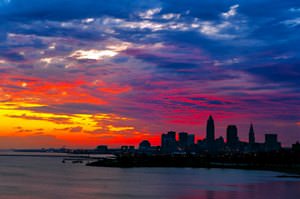 In Cleveland, there is a beautiful botanical garden, which is also sure to please nature lovers. Part of its collection of exotic plants is hidden in the greenhouse, so you can visit the garden at any time of the year. It is most interesting to stroll through it in the summer, when the garden is decorated with interesting landscape compositions.
Family holidays with kids in Cleveland. How to entertain your child, things to show to children.
In Cleveland, the whole family can pick up entertainment to their liking. A must-see point of the family excursion program should be a visit to the Cleveland Metroparks Zoo. This zoo is …

Open
For those who like to relax in the fresh air, it is worth taking a stroll in the Edgewater Park, located at the very coast. In this park, there are many set picnic areas, free space for active games and original monuments. On the territory of this park there is a clean well-groomed beach, where you can sunbathe in the summer and enjoy water activities. 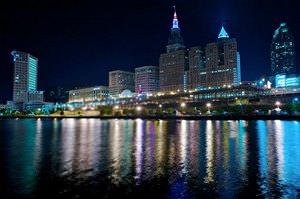 Among other intriguing attractions worth mentioning is the Museum of Money. Its collection of exhibits is incredibly diverse. The most unusual exhibit is a money tree, a very beautiful alive tree, on the branches of which dozens of banknotes are tied.

This guide to iconic landmarks and sights of Cleveland is protected by the copyright law. You can re-publish this content with mandatory attribution: direct and active hyperlink to www.orangesmile.com.
Cleveland - guide chapters 1 2 3 4 5 6 7 8

City tours, excursions and tickets in Cleveland and surroundings

National and city parks around Cleveland
♥   Local Park 'Robert' , 14.6 km from the center. On the map

Art galleries in Cleveland and around
♥   Art museum 'The Cleveland Museum of Art' Cleveland, 7.1 km from the center. On the map

Sights around Cleveland from our guide 'Extreme places on Earth' 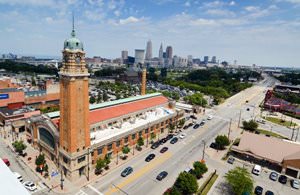 Distance from Cleveland center - 1.8 km.
There are no large chandeliers, typical for buildings of this scale, in the market building. Dozens of spotlights replace them. These lights are distributed over the surface of the ceiling. The city authorities do not stop upgrading and improving the historic building. New storage facilities were built in it not so long ago. A new heating system was also installed here. The first major reconstruction of the building in many years was completed in 2004. The celebration of the anniversary of the historical market took place in 2012. West Market is a true living history of Cleveland. Many stalls have been working in it for decades. They belong to hereditary farmers. … Read further

Search touristic sites on the map of Cleveland

Sightseeing in regions nearby Cleveland

Detroit
In the beginning of the 80s of previous century the country suffered from the oil crisis, and American factories started a competition with Japanese car manufacturers and their economic cars. This made a huge impact of many automobile companies including Detroit-based ones. Some companies simply went bankrupt and this was very hard for the city. Large number of luxurious ... Open »
Pittsburgh
As a rule, industrial and educational centers are rarely popular among tourists, but Pittsburgh is a pleasant exception. There are really many attractions and beautiful places here, so tourists keep coming here all year round. Point Park is considered the most beautiful one. This is the ideal place for walking. Nature lovers are also recommended to visit the local botanical ... Open »
Columbus
At the end of the 19th century, Columbus became a large industrial center in the United States. The population of the city increased to 125 thousand people. However, this was not the end of all troubles for Columbus. A large flood happened in the city in March 1913. Almost 100 people died, and many were left homeless. It took much time to rebuild the destroyed buildings. ... Open »
Brighton
Thanks to the king, Brighton got one of its major landmarks – the Royal Pavilion. The first railroad in the region appeared in 1841. The railroad made it easy for residents of London to visit the resort. This important event made Brighton even more popular, and its population quickly doubled. The territory of Brighton increased in 1997 because the town of Hove made a ... Open »
Buffalo
If northern Buffalo is often compared with Italy, then its southern part is more like Ireland. Attractive small houses, specious boulevards and restaurants in Irish style – when you walk in this district, you may really think you are in another country. If walking on paved streets and visiting multiple trading centers lose their appeal, then it’s time to dive into an ... Open »
Niagara Falls
Around this complex are built numerous observation platforms, many of which literally hanging over the falls. The biggest observation area is named "The Table Rock". We should note that visitors of the city can move freely from the American side to the Canadian one using a Rainbow Bridge and, thus, see this wonder of nature from all sides. Besides traditional walks in the ... Open »

All about Cleveland, USA - sightseeings, attractions, touristic spots, architecture, history, culture and cuisine. Prepare your trip together with OrangeSmile.com - find out the 'must see' things in Cleveland, which places to visit, which excursions to take, where the breathtaking views are waiting for you. Planning your trip with this travel guide will help your to get the most out of Cleveland in few days.