Sightseeing in San Jose - what to see. Complete travel guide 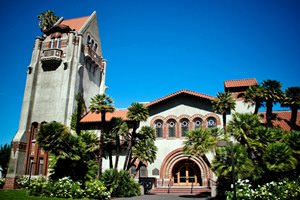 San Jose is a very important city for the US. Although for a long time this city has been behind its famous neighbor, San Francisco, nowadays the city stands at the forefront of innovative technologies, as well as of the development and introduction of new technology projects. Thanks to its location in the famous Silicon Valley, this city started developing rapidly in the middle of the 90s. This has led to a significant increase of businesses, and then of population and infrastructure. Today San Jose is a large technological and business center. Here are located the offices of large international corporations including Google Inc, Yahoo!, Microsoft, Ebay, IBM and many others.
This city doesn’t look like any other city; here simply everything is soaked in technology and commerce. However, there are still the unresolved issues connected with the high cost of housing and lack of territory. The landscapes of San Jose look like the techno city of future. You will find here big houses made of glass and concrete and numerous constructions. However, the experience shows that not everything is so smooth here. For example, let’s remember the fall of the Internet market in the early 2000s. At that time many companies went bankrupt, and people became unemployed. So even though this small town has managed to become a big business center, we should not forget that there is not only profit and success, but also the other side of the coin.
Beautiful parks of San Jose are a particular feature of the city. Kelly Park is one of the most dimensional and interesting. It is a real cultural and entertainment center in the open air. Here, branchy trees and landscapes hide several unique objects. Visitors can stroll through a beautiful Japanese garden, designed in best traditions, visit a miniature zoo and botanical garden, that has a collection of rare plants. There is also a small historical museum on its territory, which will be of interest to both adults and children. You can feed dots in an artificial pond, as well. Copyright www.orangesmile.com
The most mystical landmark of San Jose is the Mysterious House of Winchester. It was built by the widow of the famous inventor, who presented the world his unique rifle. According to legends, after her husband's death, the souls of the dead killed with a rifle began to appear before her. To give peace to the souls, the woman ordered to build a luxurious house. If you believe the stories of local residents, the ancient mansion is associated with many incredible legends. Some townspeople are afraid to go by even in the afternoon. 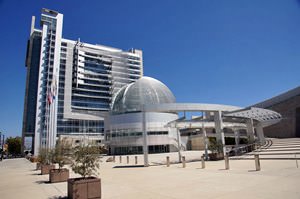 There a lot of interesting museums in the city including the Children's Museum of Discoveries. It is focused on children of different ages and presents exciting interactive exhibits. Even adults will be delighted with certain exhibitions of the museum. The museum introduces the basic physical and chemical laws and surprising features of the world around to visitors. Many of its exhibits can and should be touched. Visitors can carry out interesting experiments themselves during the tour.
The Textile Museum is a special cultural institution for the city. There are very few similar museums in the United States. It presents one of the most important national crafts. In the 18th century, the first textile factories were opened in the city. They became one of the main means of livelihood for local residents. The exposition of the modern museum includes samples of old factory equipment and textile products that were produced at local factories over a hundred years ago.
This guide to iconic landmarks and sights of San Jose is protected by the copyright law. You can re-publish this content with mandatory attribution: direct and active hyperlink to www.orangesmile.com.

City tours, excursions and tickets in San Jose and surroundings

National and city parks around San Jose
♥   Local Park 'Sleepy H' , 3.2 km from the center. On the map

Sights around San Jose from our guide 'Extreme places on Earth' 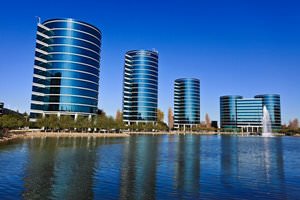 Distance from San Jose center - 24.7 km.
Oracle was founded in 1977. Larry Ellison is its founder. He served as the organization's CEO from its founding until 2014. Representative offices and offices of this company are located in 145 different countries of the world today. Oracle's headquarters are still located in the state of California, near San Francisco. The company has experienced several large-scale layoffs of employees in recent years. This gave rise to many rumors about its critical financial condition. The succession of layoffs is largely due to the reorientation of the company's activities, rather than to a difficult financial situation. … Read further 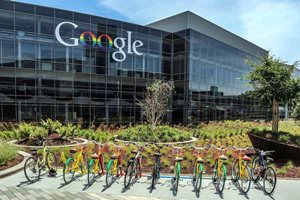 Distance from San Jose center - 19.8 km.
The architectural project has a pronounced environmental focus. The lack of ground parking for cars on its territory is proof of this. You can see special bike parking spaces almost everywhere here. It is noteworthy that Google continues to receive the bulk of its profits from advertising on the Internet. The company has been paying a lot of attention to developing innovative products for business in recent years. It also creates technical devices for businesses that run on the Chrome OS operating system. … Read further

Search touristic sites on the map of San Jose

Sightseeing in regions nearby San Jose

San Francisco
The famous Alcatraz Island is the main landmark of this place. Located in the bay of San Francisco, in the past the island has been used as the naturally isolated military defense fort and the prison for dangerous criminals. Among other attractions are the beautiful suspension bridge named Golden Gate; Coit Observation Tower, which observation platform located on19th floor ... Open »
Sacramento
Do you like cars? There is an interesting thematic museum in Sacramento that is a favorite venue of numerous residents and guests of California. The collection features cars of different brands and tells visitors about the development of transport in the United States. It is very interesting to see how cars were changing over the decades. Moreover, there is a special area ... Open »
California
Going for a trip to California be sure to visit San Francisco. The city also represents a huge amount of entertainment and cultural venues. Don’t forget about San Diego and San Jose; they have a surprise for their guests too. For example, there is the famous Rosicrucian Egyptian Museum in San Jose; the most visited cultural center in San Diego is the Maritime Museum. Fans of ... Open »
Santa Barbara
Santa Barbara is famous for its architectural and cultural attractions. There is a museum with collections of art by local artists - Honnero, O'Keeffe and Sarjeta in the city. Tourists also enjoy visiting Museum of Natural History, which is considered the oldest museum of the city; Art Museum with its exhibitions of antiques, photographs, Asian and American art; Maritime ... Open »
Malibu
How about visiting the beach where the famous American TV series Baywatch was filmed? For this purpose, visit the Malibu Beach recreational area. The length of this beach is roughly forty kilometers. If you are searching for a place to relax and enjoy surfing or other favorite activities like water ski, this is a perfectly suitable place because high waves are frequent at ... Open »
Santa Monica
Santa Monica is not a cheap resort. This is the birthplace of famous actors Robert Redford, Sean Austin, Judy Lockhart, as well as of the founder of MySpace - Tom Andersen. Santa Monica is one of the most visited parts of the city. Here are located amusement parks and recreation zones. The autumn festival Taste of Santa Monica also takes place here once a year. Here you can ... Open »

All about San Jose, USA - sightseeings, attractions, touristic spots, architecture, history, culture and cuisine. Prepare your trip together with OrangeSmile.com - find out the 'must see' things in San Jose, which places to visit, which excursions to take, where the breathtaking views are waiting for you. Planning your trip with this travel guide will help your to get the most out of San Jose in few days.