Sightseeing in Washington DC - what to see. Complete travel guide 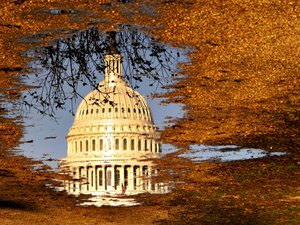 Washington has been the capital of the United States for more than 200 years. Founded in 1791, it was named after the first president - George Washington. It is important to know that the city is an independent administrative unit and is not part of any state. There are many interesting nuances with the name of the city: since Washington is located in the northern part of the US, the capital was given another official name - District of Columbia

. Local residents do not trouble themselves with the pronunciation of long and complex names, so they call the capital simply "DC".
Your active city break in Washington DC. Attractions, recreation and entertainment - best places to spend your day and night here
Literally any kind of entertainment is available to Washington's guests. Here you can have fun and spend interesting time day and night. Budget tourists will be pleased with the fact that …

Open
This city is the main political and economic center of the country accommodating government agencies, large companies' headquarters, and the White House

- one of the main symbols of the United States. Washington is of great tourist interest as well - every year hundreds of thousands of tourists come to admire its historical monuments; there is a huge number of museums and cultural centers in the city.
One of Washington's main features worth noting is its unique architectural appearance. The fact is that the construction of the city was planned, and one of the first creators of its appearance was Pierre Charles L'Enfant, the world-famous engineer, city planner, and architect from France. The result of a long and controversial planning is priceless architectural monuments of national importance, which can be seen in different parts of Washington. Copyright www.orangesmile.com
Top hotels in Washington DC for business trip or short vacation
Important advantages of Washington include its great inns and hotels, so it is quite easy to find a suitable place among the available establishments. Near the White House, on Pennsylvania …

, as well as the beautiful Washington National Cathedral

and the Lincoln Memorial

. Fans of excursions and architecture experts will undoubtedly note the fact that the city has monuments of various styles. One of the capital's main symbols is the National Mall

- an incredibly beautiful landscaped park where the most significant architectural monuments and cultural centers are located. 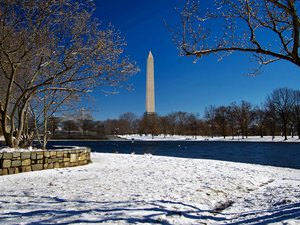 Washington is a multinational city that introduces you to the culture and traditions of the peoples of different countries of the world. One of the most colorful and attractive areas is Chinatown - the concentration of the best Chinese restaurants, shops, and other themed establishments. It is worth noting that Eastern traditions have become an integral part of Washington: the incredibly beautiful and romantic National Cherry Blossom Festival is held here every year.
Shopping in Washington DC - main shopping streets, outlets and boutiques
If you are going to buy souvenirs in local stores, be sure to check whether they have the inscription "made in China". Many "American" souvenirs, such as busts of Barack Obama or Donald …

Open
It is dedicated to the significant event that occurred in 1912. The mayor of Tokyo decided to present the city a few sakura trees as a gift. It was decided to plant them next to an artificial lake near the Washington City Canal. Since then, the trees delight locals and guests of the capital with their unique look every spring. The festival is held in early April - interesting exhibitions dedicated to the culture of Japan are organized as part of the holiday. Another part of the large-scale festival is the traditional Smithsonian Kite Festival, and the National Mall remains a permanent venue for its holding. Amazing architecture and historical heritage, a rich cultural program and an abundance of entertainment facilities are just a few attractive features that make Washington irresistible in the eyes of modern tourists. 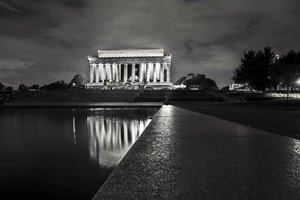 Washington is one of the best cities for shopping in the world. It is home to dozens of shopping centers and hundreds of boutiques. In the district of Georgetown, vacationers have an opportunity to visit a truly unique shopping quarter - Shops At Georgetown Park. It is an excellent place to purchase items by famous American brands. The shopping quarter is particularly popular with budget travelers because it is also possible to find quality replicas of branded items at very affordable prices. Of course, there are branded shops by the leading American brands and department stores like Macys and Bloomingdales. These two department stores often have various promotions and sales.
Family holidays with kids in Washington DC. How to entertain your child, things to show to children.
Be sure to visit the local zoo while on vacation in Washington. The child will be able to see more than two thousand species of different animals here. Majestic tigers, mysterious cougars, …

Open
Many go to Washington to purchase recently released electronics. Indeed, items by Apple Inc. are significantly cheaper than in many European countries. The most popular shopping centers of Washington are located not far from the White House and Pentagon. As a rule, they offer items by upscale and luxury brands. Only upscale travelers will be able to shop at such venues because the prices are really high. There is also a quality shopping center in the building of the railway station. It is a great place to purchase inexpensive items and quality souvenirs.

This guide to iconic landmarks and sights of Washington DC is protected by the copyright law. You can re-publish this content with mandatory attribution: direct and active hyperlink to www.orangesmile.com.
Washington DC - guide chapters 1 2 3 4 5 6 7 8

National and city parks around Washington DC
♥   State Park 'Pershing' , 0.3 km from the center. On the map

Sights around Washington DC from our guide 'Extreme places on Earth' 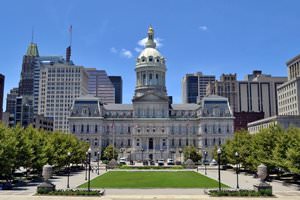 Distance from Washington DC center - 57.4 km.
Charles A. Hopkins stormed the temporary City Hall with a handgun and killed a member of the Baltimore City Council. Hopkins angered that his restaurant was being shut down under the court decision. He was found not guilty by reason of insanity. The old Baltimore City Hall has seen several unusual stories in its life. Nevertheless, a lot of travellers pay more attention to Hall’s architecture, not on history. … Read further 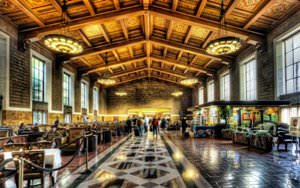 Distance from Washington DC center - 2.7 km.
The first station was built there in the 19th century and called La Grand. Today’s building has appeared at the place of the old one in 1939. In 1980 the railway station was included in a list of the state meaning monuments. Visitors of Los Angeles like to come at this place. There you can take wonderful photos, adore with the painted marble tessrera and even walk in a romantic inner yard. … Read further

Search touristic sites on the map of Washington DC

Sightseeing in regions nearby Washington DC

Baltimore
Baltimore is one of the most popular cities for tourists in Maryland State. It was founded in 1729 and for many years Baltimore was the main port city of the US. Nowadays this is one of the largest political and industrial cities of the whole country. Inner-Harbor haven is one of the symbols of Baltimore. All main sights of the resort are located in walking distance to it. ... Open »
Philadelphia
Shoppers should definitely visit Italian market and Wanamaker's supermarket - the oldest one in the country. In this city you will find several dozens of museums, the most unusual of which is surely Mutter Museum of Medical History devoted to collections of medical equipment and biological exhibits. Tourists can also learn more about the history of the city in Museum of ... Open »
Atlantic City
Waterfront is the central part of Atlantic City. Moreover, it has an important role in the development of the settlement. In the past, when the resort was only developing, tourists were coming here to relax and sunbathe. Slowly, skyscrapers appeared along the waterfront. Eye-catching hotels and casinos were built along the coastline. When taking a stroll on the waterfront, ... Open »
New Jersey State
City of Newark has a lot of excursions to offer too. There is an excellent zoo, the planetarium and lots of unique museums. The Central museum of Newark is a huge complex of 80 galleries hosting large-scale exhibitions dedicated to art and science. Prudential Center ice arena is the local sports landmark; that's where New Jersey Devils games takes place. Visit to New Jersey ... Open »
Bethlehem
Many tourists come to Bethlehem from nearby Jerusalem. There is a security checkpoint between the cities. In order to cross it, you need to have a visa in your passport. If you have it, you can cross the border several times. Intercity buses transfer people between the two cities every day. The ride lasts only thirty minutes. It is also possible to get a taxi that will take ... Open »
Pittsburgh
This is a large port city situated on the bank of the Ohio River. Pittsburg is a major financial and trading center of the USA. The city was founded in the middle of the 18th century - in 1761 a fortification was built on the bank of the river. It was named Fort Pitt and all new houses were built around it. Thanks to richness of natural resources, Pittsburgh quickly acquired ... Open »

All about Washington DC, USA - sightseeings, attractions, touristic spots, architecture, history, culture and cuisine. Prepare your trip together with OrangeSmile.com - find out the 'must see' things in Washington DC, which places to visit, which excursions to take, where the breathtaking views are waiting for you. Planning your trip with this travel guide will help your to get the most out of Washington DC in few days.