Sightseeing in Columbus - what to see. Complete travel guide 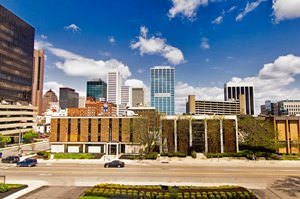 Columbus is the capital of the U.S. state of Ohio. This is the largest city in this state. At the moment, Columbus is recognized as one of the fifty best cities in the United States. Tourists find it very interesting to walk in old city streets and enjoy the enchanting view from the waterfront. Many tourists expect to find a modern megalopolis, and so they are surprised when they see a charming city with many low-rise buildings. It sometimes feels that time flies slowly in Columbus, and the city lives in the past. However, Columbus is actually a well-developed settlement with modern factories and rich cultural life.
The history of Columbus started soon after the United States had finally got their long-awaited independence. A small village appeared on the site of modern Columbus. A settler from Virginia, Lucas Sullivant, was the founder of that village. The new settlement was called Franklinton. In 1812, it was decided to make the village area the capital of a new state. The new city was named Columbus after great explorer Christopher Columbus. Since that time, the region has been developing as the capital of the state. That being said, a disaster happened in Columbus in 1833. A cholera epidemic claimed the lives of many locals.
At the end of the 19th century, Columbus became a large industrial center in the United States. The population of the city increased to 125 thousand people. However, this was not the end of all troubles for Columbus. A large flood happened in the city in March 1913. Almost 100 people died, and many were left homeless. It took much time to rebuild the destroyed buildings. Later, Columbus had to deal with such problems as deindustrialization, revitalization of the city downtown, and demolishing old buildings. The first results of these attempts were visible already in the mid-90s of the 20th century. Copyright www.orangesmile.com
Do you prefer to see natural attractions first? In this case, don’t forget to visit the Cuyahoga Valley National Park. This park is located close to Cleveland, and the distance to Columbus is a bit more than 200 kilometers. The national park covers an area of almost 132 square kilometers. Cuyahoga Valley is the only national park in the State of Ohio. Tourists started visiting this place roughly a hundred years ago. The park offers scenic views of the area near the Cuyahoga River and preserves its natural landscape. American businessman Hayward Kendall was one of the people who helped to open the park. In 1929, he donated 1.7 square kilometers near the Ritchie Ledges to the state of Ohio “for park purposes”. That area was named Virginia Kendall Park to honor Hayward Kendall’s mother. Later, it became a part of the national park. 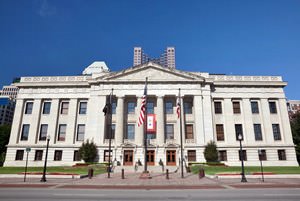 This is a wonderful place to see local flora and fauna that is very interesting and diverse. In the national park, there are more than nine hundred types of different plants. This area is home to many species of birds, and there are more than forty different types of fish in local ponds. In Cuyahoga Valley National Park, it is possible to see the coyote, beaver, squirrel, wolf, and fox. Besides the mentioned species, there are many beautiful flowers in the park, such as gorgeous orchids, tender violets, and pompous hyacinths. Pay your attention to such rare flowers as lady’s slipper and blue phlox.
Parents with small children may find it interesting to visit a zoo in Columbus. This is quite a large animal park that impresses visitors with its look and planning. There is one thing that differs the zoo in Columbus from similar venues in other countries. The Columbus Zoo is divided into several zones, each of which has its own name. The first zone is North American, the second – Asian, the third is coastal, the fourth is African forest, and the fifth zone is dedicated to animals from Australia. Children are usually very excited to see that the distance to animals is small. In this zoo, cute red pandas, charming koalas, adult kangaroos, Amur tigers, and Humboldt penguins peacefully coexist in one area. 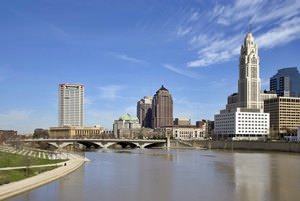 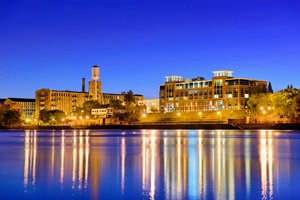 There is an international airport not far from the city - John Glenn Columbus International Airport. It accommodates domestic flights as well as flights from many other countries. Having arrived at the airport, take a bus to get to the city downtown. It is also possible to get to Columbus by bus from other cities in the United States, such as Cincinnati, Indianapolis, and Chicago.
This guide to iconic landmarks and sights of Columbus is protected by the copyright law. You can re-publish this content with mandatory attribution: direct and active hyperlink to www.orangesmile.com.

City tours, excursions and tickets in Columbus and surroundings

Shopping streets in Columbus
♥   Shopping area ' Lane Ave' Columbus, 6.4 km from the center. On the map

National and city parks around Columbus
♥   County Park 'Livingston' , 2.2 km from the center. On the map

Art galleries in Columbus and around
♥   Art museum 'Columbus Museum of Art' Columbus, 1 km from the center. On the map

Sights around Columbus from our guide 'Extreme places on Earth' 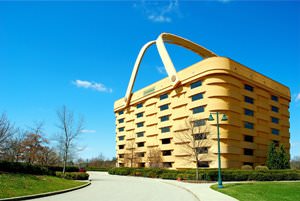 Distance from Columbus center - 56.7 km.
The interior of the office center is just as original as its exterior design. The interior of the building is decorated with metal and glass structures. The building is covered by the dome-shaped glass roof. The giant handles, which have not only a decorative purpose, are crowned by the basket building. In cold weather, they are warmed up and protect the glass roof from icing. It must be noted that the strange office is open for ordinary tourists. Every day, the exciting excursions are conducted through the building, during which you can learn a lot of interesting things about all its peculiarities. … Read further 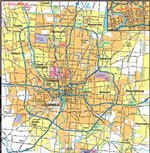 Search touristic sites on the map of Columbus

Sightseeing in regions nearby Columbus

Cincinnati
Cincinnati occupies a special place among oldest American cities. It belongs to the cities of the US which have started the history of the country. A pig is the symbol of the city and it really deserves this title. Pig has been chosen not only because of local pork that is very famous. It was pork fat that gave the start to the "beauty industry" of the country. Nowadays the ... Open »
Cleveland
The neighboring district is called North Coast District. Here are gathered various sights. In this district you will find a modern soccer stadium Cleveland Browns Stadium. Another sight of this place, Great Lakes Science Center, is located nearby. However, the most unusual cultural center is the Museum of Rock-n-Roll Fame. This museum features collections of unique exhibits ... Open »
Pittsburgh
This is a large port city situated on the bank of the Ohio River. Pittsburg is a major financial and trading center of the USA. The city was founded in the middle of the 18th century - in 1761 a fortification was built on the bank of the river. It was named Fort Pitt and all new houses were built around it. Thanks to richness of natural resources, Pittsburgh quickly acquired ... Open »
Detroit
Detroit city is located on the south-east of Michigan State. The city was founded by the Frenchman Antoine Laumet de La Mothe, sieur de Cadillac in the beginning of XVIII century. The population of the city with its suburbs exceeds 4.4 million of people, but in Detroit itself lives no more than 900 thousand of people. Approximately 10% of them are Caucasian and they are mostly ... Open »
Indianapolis
The city has several botanic gardens and nature reserves, the most attractive of which is the park named “Butterfly Paradise”. Here you can see hundreds of types of different beautiful butterflies, pavilions with birds and picnic zones. Here you can see hundreds of types of different butterflies, pavilions with birds, and zones for picnic. Museum of Indiana State will get ... Open »
Brighton
As it was mentioned above, the Royal Pavilion is the main landmark of Brighton. When George IV was visiting the city, he initially was staying at a farmer’s house that was small in size. The building turned into a luxurious villa in 1787 and got a neoclassic look after a thorough reconstruction. At that time, the building was famous as the Marine Pavilion. Twenty-five ... Open »

All about Columbus, USA - sightseeings, attractions, touristic spots, architecture, history, culture and cuisine. Prepare your trip together with OrangeSmile.com - find out the 'must see' things in Columbus, which places to visit, which excursions to take, where the breathtaking views are waiting for you. Planning your trip with this travel guide will help your to get the most out of Columbus in few days.