Sightseeing in Texas - what to see. Complete travel guide 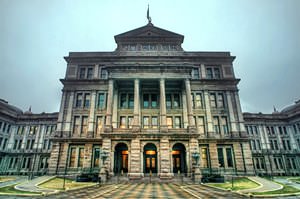 Texas ranks second in the country in terms of population and area of ​​territories. Nature of these places is very diverse, the western part of the state is dominated by desert, southern regions are covered with swamps, the eastern territory is occupied by dense forests, and the north is dominated by prairie. Travelers are attracted mainly by old cities of Texas. Each of them has a historic district and the new part of the city; such a contrast will allow you to make a rest exciting and eventful.
Your active city break in Texas. Attractions, recreation and entertainment - best places to spend your day and night here
Texas with its splendid nature and countless entertainment options is an ideal place for outdoor activities. This picturesque state won’t disappoint those who like to have a rest away …

Open
Many attractions are represented in Dallas. The city has been founded in the mid19th century; from a small trading settlement it has turned into a major metropolis. Today, you can see shining skyscrapers, world-class shopping malls and restaurants at every step, as well as the most luxurious hotels. Among the most prominent monuments of modern architecture, Bank-of-America, Fountain Plaza, Renaissance Tower and Chase Center skyscrapers are notable. All buildings are built in different architectural styles and look very impressive.
In the eastern part of the town there are shops and several historical sites, including Lakewood Theatre, Brian Square, Vickery Square, as well as a beautiful botanical garden, where you can take refuge in the heat of the day. No less interesting are excursions into the Nasher Sculpture Center, the Dallas Museum of Art and the Opera House. Sports fans should definitely see Ballpark Stadium, where baseball games are held. Copyright www.orangesmile.com
Advices to travellers: what you should know while being in Texas
1. It’s comfortable to travel the state by train, but travelers always have an option to use buses; their routes connect all major towns of Texas. Travelling by car is convenient too, …

Open
The twin city of Dallas is Fort Worth that is characterized by an abundance of notable places. The city features quiet and relaxed atmosphere; there are no tall skyscrapers and bustling streets in it. A walk through its beautiful boulevards and parks would be a great pleasure. Local landscapes resemble sketches from films about the Old West. Sundance Square is considered its downtown; it is located next to major hotels, restaurants and entertainment complexes. Cowtown is famous due to an abundance of farmyards and farm town. After walking along modern streets of Dallas and scenic places of Fort Worth you can have a trip by to prairies and deserts. Texas is always ready to receive guests and surprise them with its sights. 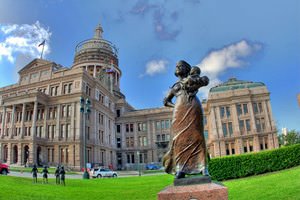 Besides historic attractions, there are many interesting venues in Texas. One of the wonderful tourist sites is the King Ranch. It is the biggest ranch in the state. It is located on the bank of the Gulf of Mexico and surrounded by fabulous landscapes. Actually, this ranch is a historic attraction too, as it was founded in 1852. Now, it is open for visitors. You can see here beautiful old constructions and admire rare thoroughbred cows. The main visitors of the ranch are tourists with children and fans of ecotourism.
Cuisine of Texas for gourmet with top restaurants and cafe
The Cowboy State is one of the major agricultural centers of the country. Locals consider cattle raising not just the only mean of livelihood, but a real family affair. Local food is very …

Open
The unique attraction is the city of El Paso located on the border with Mexico. The poor and criminals lived here once, but now it is known as a center of Spanish culture in the USA. The Spanish cuisine is quite common here. Some historical streets really resemble typical Spanish streets. During the year, many interesting festivals and holidays are celebrated in El Paso. The fiery Amigo Airshow that always welcomes many foreign travelers is annually held. 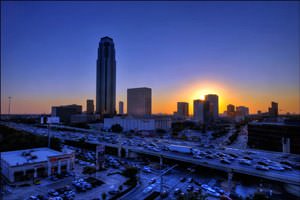 In the first summer month, you can watch boat races called KLAQ. The historical city is a place where the PRCA rodeo is regularly held. The representatives of different countries take part in it. One of the most interesting holidays for tourists is Fiesta de las Flores. It started to be celebrated over a hundred years ago. Traditionally, the festival lasts for three days, during which parades, dance, music performances, and interesting food entertainments are held.
Authentic traditions, festivals and lifestyle of Texas inhabitants
The unique multi-faceted culture of state is one of its main distinctive features. Music, sports, cuisine and architecture of Texas were formed under incessant immigration, so they can be …

Open
One of the most unusual attractions in the state is the ghost town of Terlingua. It was formed at the beginning of the 20th century and is a classic worker’s settlement. Its residents were involved in the exploitation of the nearby mines. When they run out, the town was completely emptied of all its inhabitants. Today, Terlingua attracts curious tourists who want to admire dilapidated buildings and walk along deserted streets that were crowded at one time. The miner’s town is not forgotten by local people. Chili Festival and other interesting festivals are annually held here.

This guide to iconic landmarks and sights of Texas is protected by the copyright law. You can re-publish this content with mandatory attribution: direct and active hyperlink to www.orangesmile.com.
Texas - guide chapters 1 2 3 4 5 6

City tours, excursions and tickets in Texas and surroundings

Sights around Texas from our guide 'Extreme places on Earth' 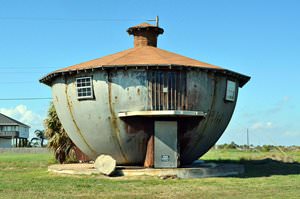 Distance from Texas center - 84.9 km.
This interesting version of the show of the teapot house is a fiction. The firm and safe construction of the house is the confirmation of this. In 2009 the teapot house was not damaged during the strongest orcans in the history of the state. The main secret of the unusual house are its owners whose names the locals do not know. The man visits the house regularly. Sometimes, however, the building is empty in the course of a few months. What is hidden behind the steel walls of the house is only the housekeeper. … Read further

Search touristic sites on the map of Texas

Sightseeing in regions nearby Texas

Austin
Currently, the Paramount Theater continues its active life. The theater’s repertoire has been incredibly diverse over the last 90 years: vaudevilles, silent movies, modern blockbusters, various performances of musical and dancing bands, and many interesting Broadway plays. Since the 70s of the previous century, the theater has been a registered historical landmark of the ... Open »
Dallas
Dallas is famous because of its grilled meat that is cooked in front of guests and served with different sauces. That’s why there are so many cafes and restaurants in this city. The most famous dining facility of the city is, probably, Ritz Carlton restaurant. It was proclaimed the best restaurant of the United States in 2009. Dallas is also a city of culture and art. Here ... Open »
San Antonio
The Spanish heritage of the city is presented in the San Antonio Missions National Historic Park. Beyond taking in the sights and sounds of San Antonio, tourists can sample some of its world famous Tex-Mex cuisine in many fine restaurants located throughout the city. Mexican restaurants are abundant in virtually all parts of town. Most of them are relatively inexpensive. Some ... Open »
Oklahoma City
Myriad Botanical Garden is, without a doubt, one of the most beautiful places in Oklahoma and the location of numerous events and festivals. The main pride of the garden is a greenhouse named "Crystal Bridge". This is a true tropical garden, where one can endlessly enjoy the unique plants. The picture is even more striking because guests are surrounded by skyscrapers and tall ... Open »
Houston
Millions of people come to this city to visit magnificent Houston museums. The most popular museums of this city are Museum of Natural History, Museum of Modern Art, Museum of Visual Arts, and more. Only the internationally famous Houston Zoo can compete in popularity with these famous museums. The parks of the city are also known for their beauty and unique floral ... Open »
Santa Fe
The most interesting museums of the city are Museum of New Mexico; Museum of Indian Culture and Art that exhibits items that throw a light on the culture of Anaga, Pueblo, Navajo; Wheelwright Museum of the American Indians; International Museum of Folk Art and O'Keeffe Museum of Georgia. Santa Fe Cathedral with Capilla de Nuestra Senora Chapel is the main decoration of the old ... Open »

All about Texas, USA - sightseeings, attractions, touristic spots, architecture, history, culture and cuisine. Prepare your trip together with OrangeSmile.com - find out the 'must see' things in Texas, which places to visit, which excursions to take, where the breathtaking views are waiting for you. Planning your trip with this travel guide will help your to get the most out of Texas in few days.