Sightseeing in Palm Springs - what to see. Complete travel guide 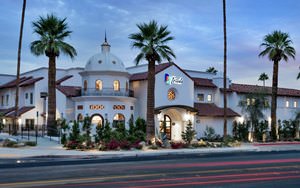 In California, tourists can visit a small city that, however, has won worldwide recognition – Palm Springs. This settlement is incredibly popular among celebrities and famous politicians. The fame of Palm Springs has only increased in recent years, and so many rich people come to this American city to buy an estate here. Palm Springs offers entertainment and active life round the clock. Without a doubt, this is one of the best vacation destinations in California. Do you like golf? Numerous golf clubs in Palm Springs await new guests and offer excellent golf courses. The number of golf clubs is so big in this Californian city that Palm Springs has become an unofficial world capital of this sport.
The first mentions of this wonderful area date back to 1853. A group of explorers discovered the beautiful Coachella Valley and fell in love with a palm tree grove. Just like a naturally formed wall, this grove surrounded the area between the hills. Explorers also discovered a source of freshwater here. The first hotel in the area opened already thirty-three years later. Taking into consideration the favorable climatic conditions, the city’s authorities opened a wellness complex for tuberculosis patients. People from different parts of the world were coming here to restore their health.
In the 50s of the 20th century, the small resort city started growing in size. The fame of Palm Springs was spreading to other continents. American elites enjoyed visiting Palm Springs in winter. The resort kept growing, and its infrastructure was only getting better. In the 60s of the 20th century, Palm Springs was a favorite recreation choice for Hollywood film stars. However, the development of the resort didn’t stop. Big revenues of the city’s economy helped local authorities to create a true paradise-like place that could equally appeal to leisure tourists, wealthy businessmen, and influential politicians. Copyright www.orangesmile.com
Would you like to visit a mysterious place? Joshua Tree Park has been a national reserve since 1994. This is an ever-popular tourist destination – visitors arrive to look at the desert and rugged rock formations. This park is home to different species of birds and some rare flora such as Yucca and creosote bush. Besides the exotic plants, there are many different cacti and Jojoba shrubs in the park. If you visit Joshua Tree Park during the rainy season, you can see lavender blossoms and the beautiful flowers of indigo and primrose. The botanical world of this fabulous place amazes with its diversity and uniqueness. 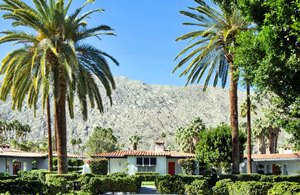 Despite a great number of different rare species of plants, Joshua Tree Park is proud of its main attraction – the Joshua tree. This tree has one peculiarity – white lily-type flowers that adorn its crown. The tree doesn’t have a regular blossom time – the flowers can appear at any time, so you are lucky if you visit the park when the trees are in bloom. To make it more comfortable to navigate in the park, there are special hiking trails. By the way, it is possible to get a horse and make an unforgettable horse excursion in the park using the special trails. There is even a separate camping area in Joshua Tree Park for everyone who wants to stay here longer.
A cable car ride is one of the most popular tourist routes in Palm Springs. This is an interesting journey in the Palm Springs Aerial Tramway that will take you to the top of San Jacinto Peak. During a ride, passengers can admire the unforgettable views of the city and its suburbs from above. The view is so mesmerizing that the ride seems to end too fast. When looking down from a height of four meters, it is possible to notice five botanical areas, each of which represents a different part of California. The Palm Springs Aerial Tramway is open all the time during the summer season. In autumn and winter, starting from September, it is not recommended to get to the peak because there can be heavy snowing. 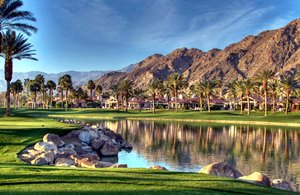 Are you in a mood for some entertainment in Palm Springs? The show in the city theater has become one of the iconic attractions of this Californian city. This is a fantastic two-hour show that makes viewers forget about everything. Local actors are dressed in luxuriously detailed, colorful costumers that you will want to see every detail. Many actors are fifty and even older but it is amazing how energetic and graceful they are on the scene. Visitors can attend the fabulous show at any time because the performances are daily. The first show starts early in the morning and the last once – at night.
There is an airport in Palm Springs that receives domestic flights. To get to the popular resort from Europe, tourists need to fly to a large city in the United States, such as Los Angeles. After that, get on a bus that makes a stop in Palm Springs. The journey time is approximately four hours. Of course, tourists can take a domestic flight directly to Palm Springs.
This guide to iconic landmarks and sights of Palm Springs is protected by the copyright law. You can re-publish this content with mandatory attribution: direct and active hyperlink to www.orangesmile.com.

City tours, excursions and tickets in Palm Springs and surroundings

National and city parks around Palm Springs
♥   State Park 'Mount San Jacinto' , 11.7 km from the center. On the map

Sights around Palm Springs from our guide 'Extreme places on Earth' 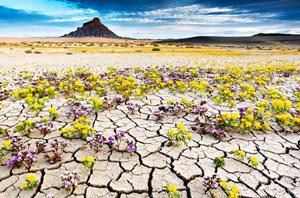 Distance from Palm Springs center - 64.9 km.
In the northern part, there is a picturesque canyon, where you can see rare species of trees and meet a typical inhabitant of the local wildlife, a bighorn sheep. Some areas of the desert amaze with strange stone statues, which for thousands of years have been forming under the influence of wind, water, and erosion. There is also an amazing eroded cave, which is noteworthy for all fans of unusual excursions. The most unusual area of ​​the desert is the Pumpkin Patch. It is notable because of round stone formations that really resemble huge pumpkins. … Read further 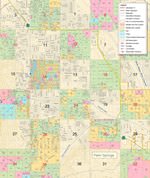 Search touristic sites on the map of Palm Springs

Sightseeing in regions nearby Palm Springs

Ontario Town
Among the cultural attractions of Ontario, the Museum of History and Art is definitely worth mentioning. The museum introduces visitors to the history of the region development. Excursions around this museum are so fascinating, that even tourists with children are often visiting it. The museum contains an interesting collection of old photographs, as well as a large art ... Open »
Anaheim
Several years ago Disney started the building of another entertainment park named Disney’s California Adventure Park. It contains numerous attractions and its gaming zones are devoted to the adventures of Tarzan, Indiana Jones, the Pirates of Caribbean, and much more. Here you will also find a cartoon city of Roger Rabbit and endless fancy shows and parades that take place ... Open »
San Diego
There are also some other attractions on the territory of the city besides sandy beaches. These are Balboa Park, which features a large number of botanical gardens, several museums and the internationally famous San Diego Zoo that is home to approximately four thousands of different types of animals. You may also enjoy visiting City Symphony Orchestra and two opera houses, one ... Open »
Long Beach
To get to Long Beach in California, you need to arrive at any of the five airports in Los Angeles. Each of these airports serves international flights from many countries of the world. After that, tourists can get to the resort city from the airport by metro. Simply use the blue line for this purpose. Besides this, there are daily ferries to Long Beach provided by the ... Open »
Los Angeles
Sights of the city are no less important than its industrial dominion. Los Angeles is the location of the world famous Disneyland amusement park, in which tourists can not only enjoy multiple miniature versions of decorations for Walt Disney cartoons, but also get acquainted with nature and architecture of different countries. Los Angeles is rich in historical and cultural ... Open »
Hollywood, CA
The first Hollywood movie was made in 1911 in the old tavern of the town. That was the beginning of the glorious history of Hollywood as the most famous area in cinema industry. Movie making was fast developing and this led to creation of numerous clubs, restaurants, banks and other organizations. Living quarters of the town were replaced by commercial buildings, which ... Open »

All about Palm Springs, USA - sightseeings, attractions, touristic spots, architecture, history, culture and cuisine. Prepare your trip together with OrangeSmile.com - find out the 'must see' things in Palm Springs, which places to visit, which excursions to take, where the breathtaking views are waiting for you. Planning your trip with this travel guide will help your to get the most out of Palm Springs in few days.