Sightseeing in Detroit - what to see. Complete travel guide 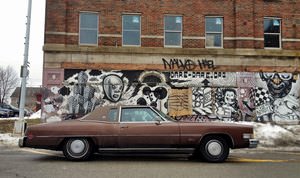 Detroit city is located on the south-east of Michigan State. The city was founded by the Frenchman Antoine Laumet de La Mothe, sieur de Cadillac in the beginning of XVIII century. The population of the city with its suburbs exceeds 4.4 million of people, but in Detroit itself lives no more than 900 thousand of people. Approximately 10% of them are Caucasian and they are mostly concentrated in the southern part of the city. The rest of population is Afro-Americans, who are referred to middle class and below.
Authentic traditions, festivals and lifestyle of Detroit inhabitants
Detroit is the Rock City, as is clear from the famous movie and KISS song. The city yet again confirmed its nickname by giving birth to two popular and significant personalities in the hard …

Open
Starting from the end of XIX – the beginning of XX century Detroit plays a significant role in automobile industry of the United States. The city develops and wonderful architectural sites and places of interest appear there. Among them is the main square of the city – Washington Boulevard that was light with Edison lamps. At that time Detroit was called “the second Paris” or “Paris of West”. However, during the times of World War II race discrimination was slackening and it became easier for Afro-Americans to get job in the city. This fact caused many Afro-Americans to move to Detroit, and later caused a chain of riots with white population of the city involved. In the end the whites started living in the suburbs of Detroit. Steadily the capital of auto industry slowly turned into a city of devastation, raising criminal and disorders.
In the beginning of the 80s of previous century the country suffered from the oil crisis, and American factories started a competition with Japanese car manufacturers and their economic cars. This made a huge impact of many automobile companies including Detroit-based ones. Some companies simply went bankrupt and this was very hard for the city. Large number of luxurious buildings remained without their owners. Add here frequent riots and fires caused by the Afro-American part of the Detroit’s population and you will understand why the city has been damaged severely. Nowadays you can see in Detroit only remaining large companies like General Motors, Daimler Chrysler, and Ford Motor Company. Copyright www.orangesmile.com
Excursion over cultural sights of Detroit - 'must visit' points of interest
Despite the fact that Detroit is primarily known as a large industrial city, every year it is visited by more than 15 million travelers from different parts of the world. The city presents a …

Open
A landmark for the city is the Henry Ford Museum, which houses one of the world's largest collections of cars. This museum differs in its very beautiful design. There are old photographs and posters on its walls. In this museum you can see not only cars, but also trucks, airplanes, agricultural machinery and even trains. Henry Ford started assembling his collection in 1906. Today, the museum which is named after him is one of the largest of its kind in the world. 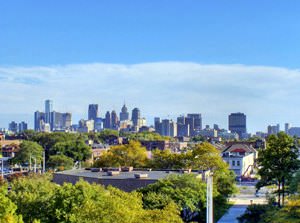 A unique site is the Fox Theater. It will be interesting to visit, not only for fans of theatrical art. This magnificent cinema was built in 1928. At the time of construction, it was one of the most luxurious and largest movie theaters in the country. Even now, it strikes not only with its unique architectural style, but also its exquisite interior decoration. The old cinema will enchant with its setting which includes - luxury woodcarving, a variety of fine fabrics, exquisite antique furniture and a variety of works of art. Now, theater performances and concerts are often held in it.
Your active city break in Detroit. Attractions, recreation and entertainment - best places to spend your day and night here
Detroit is sure to please fans of active pastime, as the city has entertainments to suit virtually every taste. Those who want to stroll through beautiful natural places should definitely …

Open
The city has a very interesting East Market, which is also considered a peculiar sight. In this colorful market, you can take a walk in search of interesting souvenirs and clothes, and also try traditional dishes of national cuisine. This market is also attractive because individuals can buy excellent home-made products in it, including wine. 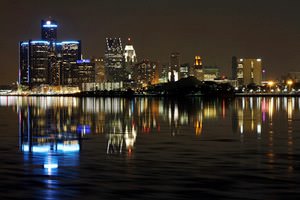 One of the main symbols of modern Detroit is luxurious skyscrapers. In the heart of the city is a beautiful complex of high-rise buildings of the Renaissance Center. On the upper floors of these skyscrapers, there are several popular restaurants and cafes, from the hall of which, opens an attractive panoramic view of the Great Lakes. In clear weather, you can even see nearby Canada.
Advices to travellers: what you should know while being in Detroit
1. It's best to go shopping with the national currency, which can be exchanged at numerous banks and specialized exchange offices. Experienced tourists recommend using the services of …

Open
If the sights in the city are not enough, you can go to the neighborhood, to the Museum of the Great Lakes. This is a very interesting family museum, whose exposition is entirely devoted to lakes. A large part of the museum is occupied by an aquarium, in which the most complete collection of inhabitants of local reservoirs is collected. This museum is located on the Belle Isle Island. The trip to this museum itself, promises to be an unforgettable adventure.

This guide to iconic landmarks and sights of Detroit is protected by the copyright law. You can re-publish this content with mandatory attribution: direct and active hyperlink to www.orangesmile.com.
Detroit - guide chapters 1 2 3 4 5 6 7 8 9 10 11

City tours, excursions and tickets in Detroit and surroundings

Shopping streets in Detroit
♥   Shopping area ' Greektown' Detroit, 0.6 km from the center. On the map

♥   Shopping area ' Eastern Market' Detroit, 2 km from the center. On the map

♥   Shopping area ' Lower Woodward Avenue' Detroit, 7 km from the center. On the map

Survived castles around Detroit
♥   Castle 'Willistead Manor' , 3.3 km from the center. On the map

National and city parks around Detroit
♥   State Park 'Tricentennial State Park And Harbor' , 1.5 km from the center. On the map

Art galleries in Detroit and around
♥   Art museum 'The Detroit Institute of Arts' Detroit, 3.5 km from the center. On the map

Sights around Detroit from our guide 'Extreme places on Earth' 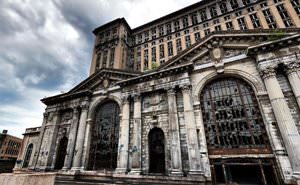 Distance from Detroit center - 2.8 km.
In recent years, the abandoned railway station has become a place of shooting many popular blockbusters. Its gloomy atmosphere attracts not only curious tourists, but also filmmakers. In recent years, Detroit's authorities have repeatedly advocated an initiative to conduct a complete reconstruction of the building, but due to lack of funds a huge building continues to stand in complete desolation. … Read further 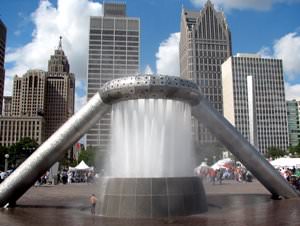 Distance from Detroit center - 0.5 km.
The construction of the fountain counts 300 water jets and lamps, which can be used to create the most unusual and impressive configurations. The special computer program controls the work of the fountain. The air temperature serves as the main input data. Particularly popular and requested among tourists and city dwellers is Horace Dodge fountain on the hot days of summer. … Read further

Search touristic sites on the map of Detroit

Sightseeing in regions nearby Detroit

Brighton
Do you like beautiful beaches? Brighton is a gorgeous place that is always crowded. However, a big number of vacationers doesn’t mean that a holiday in Brighton will be disappointing. The majority of people want to return to the city after visiting it at least once. During the daytime, you can enjoy warm sun, swim, and spend a great time with your family, having fun at ... Open »
Cleveland
On the north of Cleveland is located a district named Civic Center. Here are located most important administrative buildings, mayor’s house and most beautiful parks of the city. In the center of Civic Center you will see a strange monument made in the shape of a huge red seal that symbolizes the wisdom and power of the government. The neighboring district is called North ... Open »
Columbus
Do you prefer to see natural attractions first? In this case, don’t forget to visit the Cuyahoga Valley National Park. This park is located close to Cleveland, and the distance to Columbus is a bit more than 200 kilometers. The national park covers an area of almost 132 square kilometers. Cuyahoga Valley is the only national park in the State of Ohio. Tourists started ... Open »
Toronto
Beautiful and modern metropolis, Toronto is a place where you can see glittering skyscrapers and beautiful old buildings, spacious parks and sports stadiums, museums and concert halls. Such a wide choice of architectural, cultural and entertainment programs make Toronto one of the most popular tourist attractions visited by tenths of thousands of tourists each year. Yonge ... Open »
Pittsburgh
This is a large port city situated on the bank of the Ohio River. Pittsburg is a major financial and trading center of the USA. The city was founded in the middle of the 18th century - in 1761 a fortification was built on the bank of the river. It was named Fort Pitt and all new houses were built around it. Thanks to richness of natural resources, Pittsburgh quickly acquired ... Open »
Niagara Falls
This city is located on the border of America and Canada. The same named river divides the city into two conventional parts - the U.S. and Canada ones, which are connected by a bridge. Every year more than 15 million of tourists from different parts of the world visit Niagara Falls thanks to an amazing treasure of the nature – the Niagara Falls. Every year new tourist resorts ... Open »

All about Detroit, USA - sightseeings, attractions, touristic spots, architecture, history, culture and cuisine. Prepare your trip together with OrangeSmile.com - find out the 'must see' things in Detroit, which places to visit, which excursions to take, where the breathtaking views are waiting for you. Planning your trip with this travel guide will help your to get the most out of Detroit in few days.