Sightseeing in Memphis - what to see. Complete travel guide 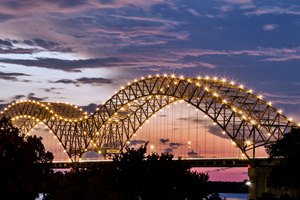 This city is located in the southern part of the States on the bank of the Mississippi River. Memphis is a large trading center, which has mainly developed due to rise of agriculture. However, there are also several large industrial plants on the territory of the city.
Advices to travellers: what you should know while being in Memphis
1. Tourists can get from the Airport to the city center by Downtown-Airport Shuttle. The cost of the trip will be 15 dollars. Tourists traveling with families or big companies should better …

Open
Many years ago on the place of the modern city was located a small Indian village named Chickasaw. In 1819 a settlement called in the name of the Egyptian city of Memphis was founded on the territory of the village. Andrew Jackson - a well-known military and political leader, who later became a president - was one of the founders of the city. The town's name has been chosen not occasionally because Mississippi is often called the American Nile. Originally the city developed as a large center of cotton industry, so huge territories around it were occupied by cotton plantations. The majority of the population was involved into agriculture as well. Memphis got the status of the town 7 years after its foundation. During the Civil War it was a major military center. In 1870 the city suffered from a huge disaster - the yellow fever took lives of thousands of people. The city was also damaged during the Second World War, but once the war was over, the city began to develop rapidly and reached the status that can be seen today.
Many audiophiles believe Memphis is home to the blues music as one of its streets, Beale Street, is mentioned in the song by the legendary W.C. Handy. Hotel Lorraine is, without a doubt, one of the most well-known places of the city. The reason for that is in the fact M.L. King was killed in one of its rooms. Today this room is turned into a museum dedicated to the most famous fighter for the rights of the African Americans. Among the sights of Memphis you may also enjoy visiting the Indian village, Chukalissa Museum, Brooks Picture Gallery, Confederate Park, Museum of Natural History and Industry, Museum of Memphis, and the Victorian Quarter. Copyright www.orangesmile.com
Shopping in Memphis - main shopping streets, outlets and boutiques
A. Schwab store opened in 1876 is a real historic attraction in Memphis. An old two-story red-brick building now houses unique shops where you can buy exclusive souvenirs and gifts for loved …

Open
There are many interesting galleries in Memphis. Fans of painting will be interested to visit the Dixon Gallery. It contains an interesting collection of paintings of African-American artist. In the gallery photo exhibitions are often held. It is different from ordinary museums in that literally all the art works and photos you like can be bought by visitors. The entrance to this gallery is absolutely free. 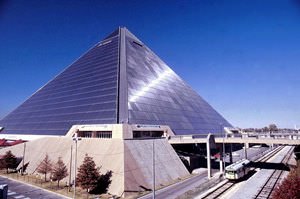 Memphis is home to the world-famous Graceland Estate, which once belonged to Elvis Presley and his wife. The King of Pop was buried in his own estate, which is now visited every day by hundreds of his fans and tourists. The mansion has an interesting thematic museum dedicated to the life and work of the musician. The main part of its exposition is the belongings of Elvis Presley.
Family holidays with kids in Memphis. How to entertain your child, things to show to children.
Memphis is not distinguished by an abundance of boisterous entertainment centers, yet travelers with kids will not be bored here. An awesome place for a family holiday is the indoor Golf & …

Open
Fans of historical sites will be interested in the St. Mary Episcopal Cathedral. It was built at the turn of the 19th - 20th centuries. This cathedral, built of light stone, is an exact replica of a 13th century Gothic church that can be seen in Bavaria. Within the walls of the cathedral, is a very symbolic monument. It shows the nurses who died during the epidemic of yellow fever in the late 19th century, having been contacted from their patients. 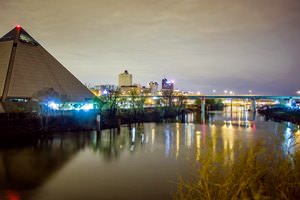 A very interesting place for walking is the historic Cooper-Young district. Once it was the most beautiful in the city. Here, there are many old houses that were built in the 19th century. In the splendid Victorian mansions today, there are popular shops and restaurants.
Cuisine of Memphis for gourmet with top restaurants and cafe
Among hundreds of gastronomy destinations in Memphis one can easily choose the best one fitting every taste and fancy. The city of Memphis offers as upscale restaurants so budgetary cafes …

Open
Nature lovers in Memphis should definitely visit the Botanical Garden. It covers an area of ​​about 96 acres and for the convenience of visitors, is divided into several thematic zones. There is a Japanese garden with incredibly beautiful bridges and artificial ponds in which goldfish swim. Of great interest is the Sensory Garden, where you can not only admire the plants, but also touch them. Travelers who visit Memphis in May and June will have the opportunity to stroll through the Rose Garden. They blossom at this time of the year. 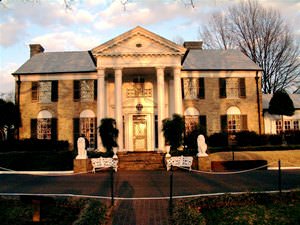 Overton Park is a great place to relax in the fresh air. On its territory there are picnic areas, golf courses, tennis courts and playgrounds for children. In the territory of this large park there are also several interesting museums.

This guide to iconic landmarks and sights of Memphis is protected by the copyright law. You can re-publish this content with mandatory attribution: direct and active hyperlink to www.orangesmile.com.
Memphis - guide chapters 1 2 3 4 5 6 7 8

City tours, excursions and tickets in Memphis and surroundings

Shopping streets in Memphis
♥   Shopping area ' Peabody Place' Memphis, 3.3 km from the center. On the map

National and city parks around Memphis
♥   Local Park 'Blue Ridge' , 13.6 km from the center. On the map

Art galleries in Memphis and around
♥   Art museum 'Memphis Brooks Museum of Art' Memphis, 2.2 km from the center. On the map

♥   Art museum 'Belz Museum of Asian and Judaic Art' Memphis, 3.5 km from the center. On the map

♥   Art museum 'Art Museum of the University of Memphis' Memphis, 7.4 km from the center. On the map

♥   Art museum 'Dixon Gallery and Gardens' Memphis, 9.6 km from the center. On the map

Sights around Memphis from our guide 'Extreme places on Earth' 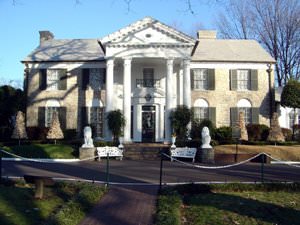 Distance from Memphis center - 10 km.
The visitors come mainly to see Elvis's personal belongings, which are kept in the rooms. The numerous music awards, the colorful suits for shows and vintage records - thousands of fans of Elvis Presley from all over the world strive to see these valuable things with their own eyes. The adjacent territory of the residence is equally interesting. In the rear small courtyard is the family cemetery on which 'the King Rock-n-Rolls' and his parents are buried. In 1985 the exciting film about 'Grace', directed by Priscilla Presley, was filmed, which can serve as a kind of video excursion for those people who can not visit the residence in person. … Read further

Search touristic sites on the map of Memphis

Sightseeing in regions nearby Memphis

Nashville
In the United States of America, in the country’s south-west to be precise, lies the city of Nashville that is the capital of the Tennessee State. Nowadays, this is a prosperous city that is widely recognized as the birthplace of country music. Thanks to the popularity of this music genre, millions of people around the world found out about Nashville. Do you enjoy listening ... Open »
Atlanta
Buckhead region remains the main trading district of the city. Here you will find numerous boutiques, shops, restaurants, bars, discos, and night clubs. Best cafes and several interesting shops can be also found in Little Five Points district. The most entertaining spot here is Georgia Aquarium that is 158 thousand sq. m. big. Here you will find tenths of thousands of marine ... Open »
New Orleans
New Orleans is one of the largest cities of the United States and a popular tourist destination famous for its picturesque areas. The colonization of the territory of the modern city began in the middle of the 17th century, when this place was occupied by French settlers. French influence and impact can be felt in this city even nowadays. That is why New Orleans is sometimes ... Open »
Kansas City
In order to learn more about the historical part of Kansas City, don’t forget to visit the City Museum. This establishment is open in an old mansion, so it is twice more interesting to see it. The building has roughly fifty rooms, each of which features a unique exhibition. Take a look at the exhibited artifacts and you will find out about the sad fate of Kansas City and ... Open »
Indianapolis
Indianapolis is the capital of Indiana State. First mentions of this city are referred to the 19th century. Indianapolis is the largest center of automobile industry on the west of USA. On the territory of the city are also opened several motor race tracks where are tested new models of cars and take place various sports competitions. Besides sport competitions many cultural ... Open »
Cincinnati
The city stands on the Ohio River, which pure and clean water is the true pride of the townspeople. Moreover, the struggle for the purity of the river has become a matter of honor for every citizen of Cincinnati. The neighborhood of the city and the bank of the Ohio River are really great places to stroll and relax. Among the sights of the city that are worth mentioning the ... Open »

All about Memphis, USA - sightseeings, attractions, touristic spots, architecture, history, culture and cuisine. Prepare your trip together with OrangeSmile.com - find out the 'must see' things in Memphis, which places to visit, which excursions to take, where the breathtaking views are waiting for you. Planning your trip with this travel guide will help your to get the most out of Memphis in few days.