Sightseeing in Phoenix - what to see. Complete travel guide 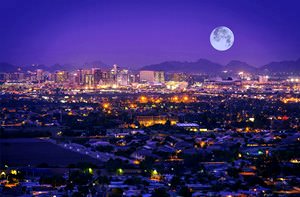 Phoenix is the capital of the US state of Arizona located in its southern part. It was founded in 1881 on the site of a settlement abandoned by the Indians. Long before that, tribes of Hohokam people who inhabited the territory of a modern city for more than a thousand years, had turned once deserted and lifeless territory into a fabulously beautiful oasis. They built irrigation channels unique for those times, which allowed irrigation of large-scale fields. Over time, climatic conditions have changed significantly, and the well-developed irrigation system could not save these places from drought. The native Americans had to leave their home. The settlement had been abandoned for several hundred years.
Shopping in Phoenix - main shopping streets, outlets and boutiques
Phoenix is a good place for shoppers. After all, this is the state capital, populated by one and a half million people. So there are many major shopping centers here. Their number is enough …

Open
The founder of the present city is the famous military leader Jack Swilling, who arrived in these places in 1867 and founded a farm on the site of the old Indian settlement. It is noteworthy that he continued to use the irrigation system designed by the natives, some channels of which are still functioning even today. Over time, more and more settlements began to appear around the farm, and in 1868 a post office was opened here - an inalienable attribute of all American cities of the 19th century.
Phoenix received its official status of the city much later, in 1881, when its area was inhabited by more than 2.5 thousand people. The city becomes the capital of the state in 1912, and in ten years grows into its largest settlement. The city inherited its name from the first settlers: in translation from the Hohokam language, "Phoenix" means "Hot Summer". Copyright www.orangesmile.com
Family holidays with kids in Phoenix. How to entertain your child, things to show to children.
Phoenix is ideal for families with children of any age. If your child is too young to be alone when you want to go about your business, then you should look for a hotel with a game room for …

Open
The climate typical for the city and the state as a whole is considered quite unusual. There is no actual winter, just like spring (it is very short-term), and frosts are a real climate anomaly for the city. Hot weather sets here by May. Until the end of September, the temperature does not drop below + 35 °C. This feature of the local climate should definitely be taken into account by fans of excursions and hiking. In the summer, the trip can be overshadowed by exhausting heat. 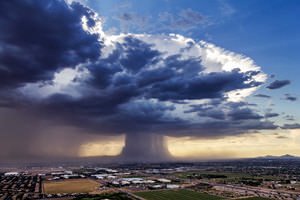 Modern Phoenix is a stylish metropolis with a developed industry and entertainment industry. The city accommodates several large factories of Intel company, as well as prestigious universities, which become the goal of talented young people from all over the world. Close proximity to Mexico had a significant impact on the culture and lifestyle of the city, and this influence is clearly visible in urban architecture.
Cuisine of Phoenix for gourmet with top restaurants and cafe
The largest number of Injun dishes among all US territories is preserved in the Phoenix cuisine. However, this is not surprising, because this is where the largest Native American …

Open
In contrast to many modern US megacities, Phoenix is not distinguished by an abundance of skyscrapers and is dominated by low-rise buildings. For this reason, experienced travelers often compare Phoenix with Mexican cities, since some visual similarities do exist. The city is characterized by a leisurely and harmonious rhythm of life, which makes it even more attractive for international guests. 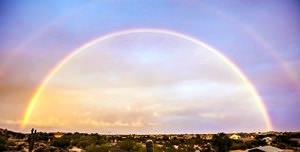 Travelers will be pleased with a decent choice of hotels and hostels of different levels, a developed transport system and, of course, a variety of attractions. Fans of ancient history will have a chance to stroll along the Pueblo Grande Museum and Archaeological Park (Park Grand Pueblo), while the legendary Heard Museum invites tourists to get acquainted with the local history. In the vicinity of Phoenix, there are lots of interesting natural attractions. Tours of the Grand Canyon and the Colorado River are especially popular among tourists.
Authentic traditions, festivals and lifestyle of Phoenix inhabitants
Arizonans are always smiling. At first, this smile seems unnatural and disingenuous. But gradually you will get used to this feature of local residents. Of course, you can meet a frowning …

Open
Phoenix is an ideal destination for a family vacation. Several years ago, a gorgeous entertainment complex named Castles and Coasters appeared in the city. The total area of the complex is 40,000 square meters. At the territory of the park, visitors will find dozens of amusements, rollercoasters, and sports grounds. There are even a large motordrome and excellent golf fields. Young visitors of the park will surely enjoy special amusements for small children, such as a ride in a music steam train or numerous merry-go-rounds. Visitors keen on more relaxed pastime will genuinely enjoy indoor pavilions with table games. 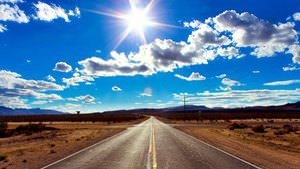 Orpheus remains one of the main cultural centers of the city. It is open in a glorious building with a century-old history. The center was thoroughly reconstructed in 1997, so now visitors can see the famous theater in its full splendor. Besides theatre plays, Orpheus regularly hosts various music performances, classical music concerts, and other events. Perhaps, Tovrea Castle is the most beautiful landmark in Rococo style in the city. This is a true architectural masterpiece that stands proudly in a picturesque park. The castle exhibits a collection of exotic plants from all over the world.

This guide to iconic landmarks and sights of Phoenix is protected by the copyright law. You can re-publish this content with mandatory attribution: direct and active hyperlink to www.orangesmile.com.
Phoenix - guide chapters 1 2 3 4 5 6 7 8

City tours, excursions and tickets in Phoenix and surroundings

Survived castles around Phoenix
♥   Castle 'Mese Castle' Mese, 39.2 km from the center. On the map

National and city parks around Phoenix
♥   State Park 'South Mountains' , 11.3 km from the center. On the map

Art galleries in Phoenix and around
♥   Art museum 'Phoenix Art Museum' Phoenix, 2 km from the center. On the map

Sights around Phoenix from our guide 'Extreme places on Earth' 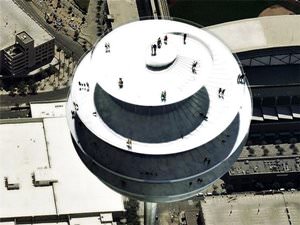 Distance from Phoenix center - 35.4 km.
It's planned to use the tower as an exhibition center. Some of its space will be covered and available for use all year round. As organizers of the project say, the tower will be so large that it can be seen even from space. Height-lovers will be attracted by the chance to enjoy panoramic city views. They could add some options to their favorite entertainment - for example, visit an art exhibition or have a dinner in a restaurant. … Read further

Search touristic sites on the map of Phoenix

Sightseeing in regions nearby Phoenix

Arizona
Most tourists traveling to Arizona pay their attention to the only one attraction, the world famous Grand Canyon. However, there are many notable places in the state, including arid deserts and verdant oasis, spacious plateaus and high mountains; they are very close and form a landscape of indescribable beauty. The Grand Canyon is called the most striking attraction of this ... Open »
Las Vegas
Las Vegas is a city located in the middle of the desert, where in summer the temperature rises above 40C. The city is home to 1.2 million people, and more than 36 million of visitors arrive in Las Vegas every year. Travellers are welcome to stay in one of approximately 135,000 hotel rooms, from small low-budget rooms to great apartments, the size of which is comparable to an ... Open »
Palm Springs
In California, tourists can visit a small city that, however, has won worldwide recognition – Palm Springs. This settlement is incredibly popular among celebrities and famous politicians. The fame of Palm Springs has only increased in recent years, and so many rich people come to this American city to buy an estate here. Palm Springs offers entertainment and active life round ... Open »
San Diego
San Diego is the best place to live in the US. The city neighbors with Pacific Ocean on the west, with Mexico on the south, and is located in California. San Diego is one of the oldest cities on the west bank of the United States. It was established in 1542 by Juan Rodriguez Cabrillo. San Diego got the official status of the city in 1769 by the Franciscans. Summer time in San ... Open »
Ontario Town
Nature lovers should definitely visit the Cucamonga-Guasti Regional Park. It is a very large and well-kept natural reserve, best place to relax at any time of the year. Its territory incudes a beautiful lake, and a large swimming pool is open for holidaymakers in summer. There are many wonderful fountains, children playgrounds with specially equipped picnic areas. In the ... Open »
Anaheim
Anaheim is known as one of the top 10 cities of California. This is a well-known resort, which is famous for its entertaining centers and sport complexes. Within the latest several decades several large attraction parks, sport playgrounds, and entertainment complexes were built in the city. Anaheim will be genuinely attractive to people who enjoy active rest. Probably, ... Open »

All about Phoenix, USA - sightseeings, attractions, touristic spots, architecture, history, culture and cuisine. Prepare your trip together with OrangeSmile.com - find out the 'must see' things in Phoenix, which places to visit, which excursions to take, where the breathtaking views are waiting for you. Planning your trip with this travel guide will help your to get the most out of Phoenix in few days.