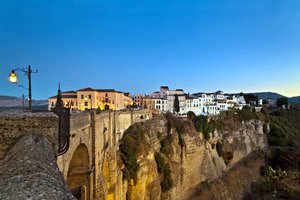 In addition to its unique attractions, Andalusia features picturesque beaches. This is where the most prestigious and popular beach resorts of Spain are situated, including the ultra-modern resort of Costa de Almeria

. This southern area of the Iberian Peninsula has begun to attract attention of tourists relatively recently; however, local beaches have no equals in terms of equipment. The length of the Costa del Almeria is about 200 kilometers; it is represented by continuous series of beautiful sandy beaches.
Your active city break in Andalusia. Attractions, recreation and entertainment - best places to spend your day and night here
Andalusia occupies a vast territory, so its guests won’t experience lack of entertainment options. There are both charming beaches and picturesque mountains suitable for hiking and …

Open
The vacation season on the Costa del Almeria begins in late May and lasts until November; in the high season temperatures can warm up to +23°C, and in autumn it is usually about +18°C. Particular attention is paid to the quiet beach of Mojacar

; this stretch of coast is covered with fine white sand. The picturesque promenade with numerous restaurants and bars passes along the quiet beach. The resort of Roquetas de Mar

will be a great fit for families with children; the distinctive feature of this part of the coast is an abundance of playgrounds and sports fields. Local beaches are incredibly scenic; they are covered with white sand, where you can find a lot of seashells of different shapes and sizes.
The Costa de la Luz

is famous for its fabulous beaches of golden sand; water sports fans are sure to enjoy resting there. There is a luxury resort in Chiclana de la Frontera

, which has long chosen by fans of windsurfing. The beach of El Puerto de Santa María

located within a large nature reserve is also good for athletes. Those preferring to relax at wild beaches would find the area of Huelva

to be more suitable; this section of the coast has managed to retain its original beauty. Copyright www.orangesmile.com
Advices to travellers: what you should know while being in Andalusia
1. Andalusia has a very favorable climate that is considered to be the warmest in Europe. Fans of hiking excursions aren’t recommended to have a trip in summer, as it is always very …

are known far outside the country, so travelers from all corners of the world come here for vacations. The only drawback of this beautiful and well-maintained stretch of coast is the presence of the cold Atlantic currents, which don’t allow water to be warmer than +21°C. Fans of high quality rest like beaches of the fashionable resort of Marbella

that is about 30 kilometers long. The beach resort of Torremolinos is popular among fans of various activities. 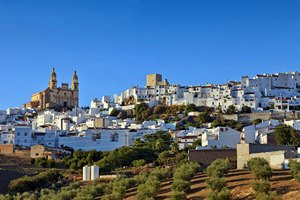 Note that all local beaches are free. There are both lively coastal areas with developed infrastructure and more secluded places. One of the warmest places of the Costa del Sol is the beach resort of Benalmadena

; in high season average water temperature is about +24°C. Sandy beaches are suitable for families with children and for fans of sports entertainment.
Top hotels in Andalusia for business trip or short vacation
There are more than 4,000 hotels of different kinds in Andalusia. There are many original hospitality establishments among them, which are known far beyond the country. Those include grand …

. The concentration of so-called wild beaches is the highest here; however, the infrastructure isn’t inferior to popular coastal zones. Shallow coarse sand beaches dominate at the Costa de la Luz. Local currents are quieter, so water warms up well in summer. A selection of attractive places for beach holidays in Andalusia is just huge, so travelers can only decide on their preferences.

This guide to top beaches in Andalusia is protected by the copyright law. You can re-publish this content with mandatory attribution: direct and active hyperlink to www.orangesmile.com.
Andalusia - guide chapters 1 2 3 4 5 6 7 8

Nature and parks of Spain for active vacation

Photogallery of sunny landscape of Andalusia

Search for useful vacation services on the Andalusia map

Top beaches and recreation areas in the region of Andalusia

Benalmádena
A big sandy brow separates this beach and Santa Anna, a lot more silent and secluded place. The length of this coastline strip is 500 meters, but the width is relatively not big – only 50 meters. The main distinguishing feature of Santa Anna is the highest quality of service that will not disappoint even the most discerning and hard-to-please guests. The charming Bil Bil ... Open »
Algarve
Fans of secluded relaxation like Praia do Carvalho. It is small, but there are lots of beautiful grottoes, caves and other natural attractions next to the beach. It's recommended to visit Praia do Carvalho in the morning, as rising sun makes the beach simply fabulous. At any time, visitors can leave the hot coast and explore its scenic surroundings. Praia do Amado enjoys ... Open »
Lisboa Region
The most fashionable and well-developed resort is Estoril. It’s ready to satisfy the most demanding tourists. In addition to luxurious and fully equipped beaches, there is a decent selection of entertainment options. Vast majority of resort guests are young travelers attracted by stylish nightclubs and bars. Travelers with children would enjoy the resort too, as they will be ... Open »
Formentera
Connoisseurs of comfort usually choose sandy beach Cala d'en Borras, as it’s quite large and well equipped. Despite the fact that the popular beach is characterized by first-class equipment and is very popular among travelers, it manages to maintain environmental performance at a high level. The conservation area comes close to the coast, which makes the stay even more ... Open »
Ibiza Island
Platja es Canar is among the most popular beaches on the east of Ibiza. Most of its visitors are families with kids attracted by the picturesque beach and the hippie market located nearby. There are also several official nude beaches on the island, including Aigues Blanques beach. Fans of active rest and beach entertainment should visit Platja de Talamanca beach. It’s ... Open »
Basque Country
Tourists who don’t wish to spend time in too busy and noisy places would find Saturraran Playa ideal. It is located in a fabulously beautiful bay surrounded by cliffs. The length of the beach is about 300 meters. The coast is well equipped; there are comfortable cabanas and showers. This popular beach is characterized by constant strong waves attracting beach sports fans ... Open »

Travel guide to best natural recreation areas in Andalusia for a quiet and secluded summer vacation. Fascinating hidden beaches, amazing bay and coves to sunbathe and swim in the gentle waters of the resorts of Andalusia.