Video of flights over top monuments of Los Angeles in HD format.
Use 'Full Screen' mode.
The cultural capital of USA - Los Angeles – never ceases to attract travelers by dozens of iconic architectural and cultural landmarks. Getty Museum, Walt Disney Concert Hall, Memorial Coliseum, and MacArthur Park is, by far, not the complete collection of objects of interest. In this review, we will try to include descriptions of the most important architectural landmarks of Los Angeles. We accompany them with interesting facts, colorful photographs, and 3D virtual tours. These 3D tours allow you observing the landmarks from a bird’s eye view. Simply turn on the HD video and enjoy the flight! 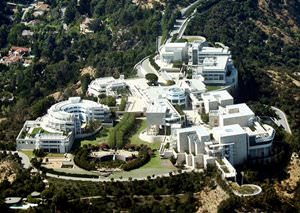 Facts:
» The J. Paul Getty Museum is the largest art museum in California. It’s a museum complex consisting of several buildings, each of which has world-renowned collections of paintings, sculptures, and pieces of decorative and applied arts.
»  The museum was founded thanks to oil tycoon Paul Getty’s – who by the time of his death was the richest man in the world – multibillion-dollar fortune.
»  The first-floor museum halls have ancient manuscripts and drawings as well as sculptures and works by the oldest masters of art on display. The second floor is occupied by paintings ordered chronologically.
»  The museum has an observation platform that you should definitely go up to to admire the beauty of Los Angeles.
»  It’s worth noting that the entry to the museum is free. 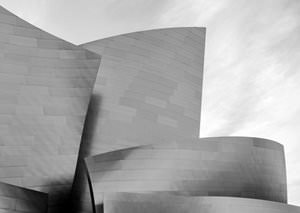 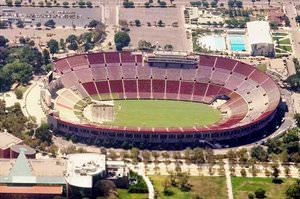 Facts:
» The Los Angeles Memorial Coliseum is a historic stadium that hosted a huge number of sports competitions, concerts, and public events.
»  The Memorial Coliseum is currently the only stadium in the world that hosted the Summer Olympics twice: in 1932 and 1984.
»  The stadium is famous for its huge size. The capacity of the stadium is about 93,000 people!
»  However, it is currently rarely used by professional sports teams. Instead, different university teams play here more and more often. But it is worth noting that college and university sports are very popular in the United States and also attract many spectators.
»  The main problem of the stadium is its layout that no longer meets modern requirements and loses to new stadiums in many ways. Moreover, the Memorial Coliseum is a national architectural monument, which means there are restrictions on its repair and modernization. 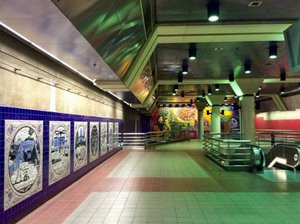 Facts:
» MacArthur Park named after General Douglas MacArthur is a park in the Westlake neighborhood of Los Angeles. The park is a historic cultural monument.
»  The park is divided into two zones. The southern part of the park consists mainly of the lake, while the northern one has an amphitheater, a football field, and a playground.
»  The park’s amphitheater has become a popular venue for different events and concerts.
»  It's hard to believe, but in the mid-19th century, there was a swamp on the site of the present-day park. By 1890, the site was developed and turned into a recreation area. At the beginning of the 20th century, the nascent park became known as Los Angeles’ Champs-Élysées.
»  The park used to be notorious as a place where crimes often occurred. However, in recent years, the city authorities have done their best to make this place safe. 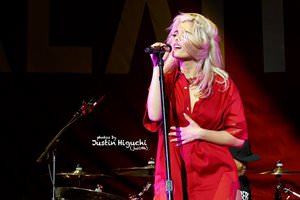 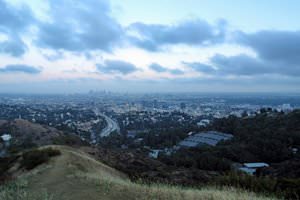 Facts:
» The Hollywood Bowl is a world-famous amphitheater with a capacity of 18,000 spectators.
»  It is the largest amphitheater in the USA.
»  It hosts different kinds of ceremonial and public events (for example, President’s speeches), commemorative concerts, operas, symphonies, and plays.
»  In summer, beautiful fireworks displays can be seen over the amphitheater during concerts.
»  A ticket to a concert or other event in the Hollywood Bowl usually costs from $1 to $100. However, rehearsals are often held here in the morning, and they can be watched for free!

Facts: » TCL Chinese Theatre is a movie theater located on Hollywood Boulevard in Los Angeles.
»  Premieres of many Hollywood films are traditionally shown here.
»  There’s the world-famous Hollywood Walk of Fame in front of the cinema and the area where hand- and footprints left by different movie stars are present. However, unlike on the Walk of Fame, it’s the owners of the cinema who choose whose prints appear there.
»  The very first footprint was left here by silent film star Norma Talmadge who accidentally stepped on wet concrete near the theater.
»  Charlie Chaplin, Jack Nicholson, Marilyn Monroe, Clint Eastwood, Harrison Ford, Johnny Depp, Arnold Schwarzenegger, Will Smith, Jim Carrey, Al Pacino, Michael Jackson, and many other famous movie stars left their prints on the Walk of Fame.
»  Since 2013, the Chinese Theatre has undergone major changes and renovations: for example, video and audio equipment was updated, the seats in the hall were replaced, etc. The theater shows films in IMAX 3D and displays costumes of heroes from movie premieres in the lobby.

CONTINUE - PART II »»
This guide to architectural sightseeing in Los Angeles is protected by the copyright law. You can re-publish this content with mandatory attribution: direct and active hyperlink to www.orangesmile.com.
Los Angeles - guide chapters 1 2 3 4 5 6 7 8 9 10 11

Build your walking routes in Los Angeles on the landmark map

Architectural landmarks in the regions around Los Angeles

Las Vegas
Bellagio is a five-star hotel and casino located in the Las Vegas Strip. The main attraction of Bellagio is a musical fountain in front of the hotel. The hotel was built at the site of the legendary Dunes hotel and casino bought by Steve Wynn and demolished in 1993. Initially, the project was estimated at $1.6 million. Bellagio was festively opened on 15 October 1998. In Bellagio, there is a botanical garden and a special exhibition hall ... Open »
San Francisco
The City Hall is the administration building of San Francisco built in 1915 on the site of the original structure that was destroyed in a massive earthquake in 1906. The dome of the administration building is the fifth largest in the world. During working hours on weekdays entrance to the building is free. In the evening and on weekends premises of the building can be rented for banquets, meetings and ceremonies. You can register the marriage ... Open »
Seattle
The locals call the skyward construction a needle. It differs from others in its subtlety and beautiful shape. The 184-meter futuristic tower was erected in 1962. It is part of the Seattle Center exhibition complex. During the international exposition, 20,000 people visited the top floor of the building every day. A figure of 2.3 million people was recorded – those who managed to get to the top during the World’s Fair. The ... Open »
Vancouver
The technologically advanced building is the museum called Science World. It is the whole “town” divided into six pavilions. Each gallery is decorated in its particular style. In “Eureka”, you can play and experiment with exhibits. These items can make you comprehend the physical laws of light, sound, and water. In “Illusion”, you can learn about the sense of pictures and how the brain changes the vision of them, although straight ... Open »
Calgary
The 190-meter tower was built to celebrate the hundredth anniversary of Canada. The construction cost $3 500 000. The total weight of the tower s over 10 tons. In 1971, it was named “Calgary Tower”. The skyscraper is seismically stable and can withstand earthquakes and wind speed of 161 kmh. It had been constructed for a year and 3 months. The building is cylinder due to the continuous filling of concrete mixture. In the Husky ... Open »
OrangeSmile.com - online travel reservation expert providing reliable car rental and hotel booking services. We feature more than 25.000 destinations with 12.000 rental offices and 200.000 hotels worldwide.
Secure Server