Preparing your trip to Los Angeles: advices & hints - things to do and to obey 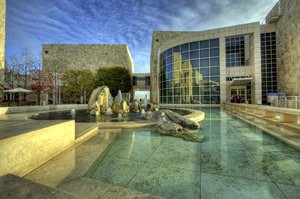 1. The most widely used city transport is underground. The city also offers over 200 bus routes. The cost of a single trip will equal 1.25USD meanwhile the travel pass for a whole day will cost only 3.0USD. In the underground one can buy tickets in specialized slot machines set on every station. For a bus trip you can buy a ticket from a bus driver.
2. Travelers who give preference to taxi should better call a taxi by phone. It is just impossible to stop a taxi in the street. There are special taxi parking lots near bus stops, hotels and railway stations.
3. A bicycle is a popular way of transportation among city residents however cycling some city districts can be rather challenging. The most popular bicycle rental centers are considered to be Metro Rail ones.
4. Cruising the city is better with expert tour guides. The reason is that the important sights and landmarks are scattered around the city. Driving from one point of touristic interest to another may consume much time in case of lacking of experience.
5. Los Angeles offers tempting prices for car rent. However a private car is far not the best way for cruising the city. During rush hours all the major routes are traffic jammed. Choosing a car for rent you should better give preference to GPS equipped vehicles. Copyright www.orangesmile.com
6. Tourists who are opting for beach recreation should take into consideration some rules and regulations. One can appear on the beach only in swimming suit. There are none of specialized nude beaches in the city.
7. Planning your leisure and entertainment you should reserve a table in advance not only in restaurants but at night clubs as well. Many entertaining centers reserve the tables for guests several weeks in advance. The tickets for tours, concerts and other events should also be bought in advance.
Family holidays with kids in Los Angeles. How to entertain your child, things to show to children.
The choice of entertainment in Los Angeles for vacationers with children is simply mind-blowing. The city has attractive water parks, zoos, amusement parks, as well as many excellent cinemas …

Open
8. The tips are commonplace in cafés and restaurants. The amount of tips depends on the rate of the establishment. In the upscale restaurants the cash reward is included into the total sum and equals commonly up to 15%. In small cafés and restaurants the tips of 5-10% will be quite enough.
9. In the public places one should be extremely watchful of personal things. Evenings are not recommended for setting off to the remote areas of the city and for walking along wind streets.

Preparing your trip to Los Angeles: advices & hints - things to do and to obey You can re-publish this content with mandatory attribution: direct and active hyperlink to www.orangesmile.com.
Los Angeles - guide chapters 1 2 3 4 5 6 7 8 9 10 11

What to visit being in Los Angeles - unique sights 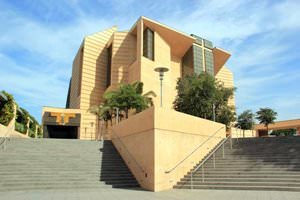 Distance from Los Angeles center - 0.7 km.
Elegant chandeliers illuminate the spacious hall. They are also made of bronze. The 18-meter-high organ was constructed in the cathedral. The design of the windows deserves special attention. Beautiful stained glass windows are installed in some of them. They were miraculously preserved from the previous cathedral. They are of great artistic value today. The Cathedral of Our Lady of the Angels is the subject of heated debates in the circles of modern architects throughout the entire period of its existence. Many consider its architectural appearance too illogical and defiant. … Read further 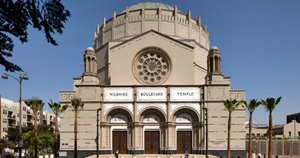 Distance from Los Angeles center - 6 km.
The smallest pieces of glass were used in the decoration of the walls of the synagogue. There are about 6,000 of them. It is noteworthy that glass for finishing was made in the early 20th century using the same technology that was used for finishing European cathedrals in the 13th century. The luxurious temple is located on Wilshire Boulevard. It is considered one of the most spectacular and beautiful synagogues in the United States today. Only according to approximate estimates, about one and a half million dollars were invested in its construction and design. … Read further

Tips for the cities around Los Angeles

Hollywood, CA
2. Travelers are advised to choose attractions they want to visit on holidays in advance. The fact is that some landmarks are located quite far away from each other. Moving around the area will be much more comfortable if you plan a route in advance. 3. The main form of public transport is the bus, the subway line connects Hollywood with Downtown. Vacationers should keep ... Open »
Santa Monica
2. Evening hiking enthusiasts should have some warm clothes as after the sunset it gets rather cold on the resort being well felt in the coastal area. 3. At weekends local shopping centers and entertainment establishments are rather crowded. Those tourists tending to a quiet hiking through the city being armed with a camera should better undertake a trip during weekdays. ... Open »
Anaheim
2. Non-cash payment system is very widespread in the city. In shopping centers, cinemas and supermarkets visitors can pay by such credit cards as Visa, Diners Club, Mastercard, American Express, Plus, Cirrus, Discover, Maestro, and cards by other international banks. They are accepted even in shops and hotels located in the suburban areas of Anaheim. 3. ATMs in the city ... Open »
Ontario Town
2. Independent tourists traveling by private car are encouraged to ride along the Pacific Coast Highway. It passes through the entire state and is famous for its magnificent panoramic views. 3. Ontario is known for its comfortable mild climate. Even in winter, the daytime air temperature can rise to 14 °C, so you can safely hit the road at any time of the year. 4. ... Open »
Santa Barbara
2. City guests have a chance to rent a car. To make a deal one will need a common set of documents. All the city districts are equipped with special parking lots. First two hours of rental of a car are absolutely free. Every next hour of car rental will cost about 1.5USD. 3. The resort city of Santa Barbara features mild and favorable climate all the year round. Beach ... Open »
San Diego
2. A system of public transport is represented with the San Diego Trolley speed trams which are the fastest and easiest way to get to any part of the city. Tourists are recommended to avoid city cruising during rush hours as the trams are overcrowded and chances are to get jammed. 3. Renting a car is a recommended service for those tourists planning trips into suburbs of the ... Open »

Travelling to Los Angeles - advices and tips. What should be provisioned in advance, the rules you might want to follow, and the things you better avoid doing in Los Angeles. We help you to make your trip smooth and easy, with no unexpected surprises.