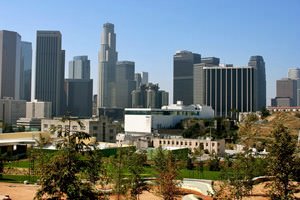 Los Angeles is one of the largest and most dynamic cities in the world. Besides world-famous attractions and entertainment centers, it attracts travelers with colorful holidays taking place every year. It has long become a good tradition for the city to host the Tournament of Roses, which has been held annually for more than a century. The holiday is usually organized in early January and its main event is the parade of roses. The main venue for the parade is Sierra Madre Boulevard along which chic platforms with fresh flower compositions are carried. Such platforms are left on the boulevard for several days, thus turning into the main decoration of the January city. Within the framework of the festival, they hold many other interesting entertainments: football tournament, performances of street artists and musicians, exhibitions of contemporary artists and designers.
Cuisine of Los Angeles for gourmet with top restaurants and cafe
In the sense of a modern traveler Los-Angeles stands for smart upscale hotels, luxury boutiques and of course high end fancy restaurants renowned far outside the city. The Papa …

Open
The dynamic city pays much attention to traditional religious holidays. The most interesting traditions are connected with the celebration of Easter. The "egg hunt" becomes the main activity for locals at this time. Not only children but also adults take an active part in it. They go to parks holiday organizers hide traditional Easter eggs and sweets in secret corners. Searching for them becomes the main entertainment of the day. On Easter, it is also customary to arrange street performances and fairs. On the occasion of Easter, Grand Hope Park hosts the traditional Downtown LA Easter Fest, which brings together modern musicians, culinary specialists, and artisans.
One of the main public holidays for the city is Memorial Day that is usually celebrated on the last Monday in May. Most of the entertainment is also held in the open air, while the most interesting activities take place in Canoga Park. A military orchestra performs for the audience throughout the day. A parade of retro cars and pilot demonstrations are also held here. This beautiful holiday is devoted to the memory of soldiers who died in the line of duty, therefore solemn events are held next to all the memorials. Copyright www.orangesmile.com
Excursion over cultural sights of Los Angeles - 'must visit' points of interest
Los Angeles is often called a city of fests. The city meets the tourists with a vast choice of entertainments and engaging tours. Each city district has its own unique history and features …

Open
An important event in the holiday calendar of Los Angeles is the Hollywood Christmas Parade, which is usually held the day after Thanksgiving. This holiday marks the beginning of the Christmas holidays, the entire period of which is filled with entertainment. After the parade and admiring original costumes of its participants, a series of gastronomic and cultural entertainments begins. Local museums and art centers take an active part in the celebration, a significant part of the Christmas program is aimed at children. 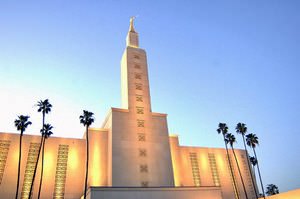 A large Mexican community in Los Angeles has its own unique Christmas traditions. They start celebrating one of the main religious holidays of the year on December 16 by holding the Los Posadas festival for nine days. On these days, Olvera Street turns into a huge open-air concert venue where music concerts, biblical reenactments, and theatrical performances are organized every day. In food stalls operating on the street during the festival, you can try the most popular Mexican-style Christmas treats.
Your active city break in Los Angeles. Attractions, recreation and entertainment - best places to spend your day and night here
Scenic beaches and classy night clubs, upscale restaurants and casinos, luxury boutiques and grand entertaining centers are just a part of the entertainments to enliven the leisure in Los …

Open
There is another important reason to visit Los Angeles during the Christmas holidays - this is the special festive decoration of the city. Its central streets and squares are spectacularly illuminated, the most popular areas and large shopping malls set up chic designer compositions and open interesting exhibitions. Local vendors also have a tradition of decorating their counters to attract customers. The warmest family holiday in the autumn is Thanksgiving, which is traditionally celebrated on the last Thursday of November. Townspeople have a compulsory tradition associated with this holiday - a rich family dinner, the main dish of which is the turkey. 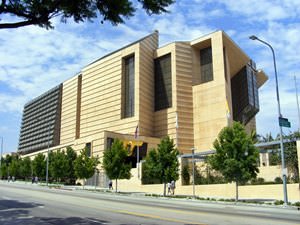 All local restaurants serve specialty turkey dishes on the festive day. Every local chef has special recipes for its cooking. Even though this is a family holiday, there is still a lot of interesting entertainment on the city streets. Open-air stages are set up on the squares where musicians perform for the audience. Interesting theatrical performances dedicated to the history of the holiday are also widely organized at this time. Throughout the year, Los Angeles hosts interesting festivals and events, including well-known historical and very young ones.

This guide to traditions and festivals in Los Angeles is protected by the copyright law. You can re-publish this content with mandatory attribution: direct and active hyperlink to www.orangesmile.com.
Los Angeles - guide chapters 1 2 3 4 5 6 7 8 9 10 11

Cathedrals and basilicas near Los Angeles
♥   Former Cathedral of St. Vibiana, Los Angeles, 0.2 km from the center. On the map

♥   Cathedral of Our Lady of the Angels, Los Angeles, 0.6 km from the center. On the map

♥   Our Lady of Mount Lebanon–St. Peter Cathedral, Los Angeles, 12.5 km from the center. On the map

♥   Cathedral of St. Gregory the Illuminator, Glendale, 12.6 km from the center. On the map

♥   Mission San Gabriel Arcángel, San Gabriel, 13.5 km from the center. On the map

Survived castles around Los Angeles
♥   Castle 'Battery of Santa Ana' Almería, 50.2 km from the center. On the map

Colors of Los Angeles in photos

Traditions and festivals in cities around Los Angeles

Hollywood, CA
In 1939, the letters were illuminated with four thousand bright lights, and a piece of the land on which the letters stood has officially become part of Los Angeles. In 1978, the sign was completely renovated, and well-known musicians, including Ellis Cooper, Gene Autry, and Paul Williams, became sponsors of the “reconstruction”. Today, the sign is controlled by a special ... Open »
Beverly Hills
When people hear about Beverly Hills, they immediately get an image of sports cars, luxury mansions, high-end shops, and celebrities in their minds. Indeed, well-known by its zip code 90210, Beverly Hills is rather a pricey destination. Even tourists not interested in celebrities and film industry in general will not feel bored in this city as it is packed with entertainment ... Open »
Santa Monica
An established place for holding the festival is a picturesque park named Santa Monica Pier. During the festival its territory gets equipped with numerous culinary stalls. Each of them offers the festival guests a vast choice of original treats and refreshing drinks. The gastronomy festival engages chefs of all popular restaurants and cafes of the city. Each chef presents the ... Open »
Anaheim
And, of course, the on-site Disneyland Park creating the feeling of an eternal holiday and carelessness contributes to this. By the way, there is also the famous Adventures Park, which is of no less interest to small travelers. All this suggests one thought: is it the real paradise for children and their parents, which is so desirable to stay? The scorching sun of California, ... Open »
Ontario Town
One of the most unusual holidays in Ontario's cultural calendar is held on the first Saturday of June and is called the Pancake Breakfast and Car Show. The traditional car show was first organized more than 50 years ago. It is another annual event attracting all fans of beautiful and exotic cars. The show has an interesting tradition: all guests are treated to delicious ... Open »
Santa Barbara
Plenty of typical French treats, fine wines and Champaign, numerous music shows and theatrical performances, exciting exhibitions of works by amateur painters and sculptors. For a few days the city sinks into a unique atmosphere of French charm. Tourists will have a chance to buy some original souvenirs and memorable gifts and various garnishes during the festival. One of the ... Open »

Cityguide on traditions, mentality and lifestyle of people in Los Angeles. Learn the best periods to visit Los Angeles to discover its soul - authentic festivals, events and celebrations. We will also reveal the interesting habits, attitude towards the world and to tourists in Los Angeles.