Cuisine of Languedoc-Roussillon for gourmets. Places for dinner - best restaurants 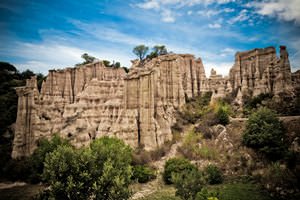 Languedoc-Roussillon is the prestigious and popular region. It attracts tourists not only with its numerous entertainment centers, but also with its unique ancient traditions, including culinary ones. Delicious French cheeses and elite wines produced in local factories are hallmarks of the region. Excursions to wineries where you can taste the best wines and enjoy fine specialty stores are extremely popular among foreign travelers.
Authentic traditions, festivals and lifestyle of Languedoc-Roussillon inhabitants
The region is rich cultural traditions; it enjoys continued popularity among fans of event tourism. Perpignan alone hosts several major holidays during the year. Semaine Sainte et la …

Open
National cuisine is a unique combination of Greek, Roman and Arab culinary traditions that are embodied in classic Catalan dishes. The main distinguishing feature of the local cuisine is a combination of completely unexpected components; for example, fish here can be served with a spicy and salty ham and chicken is served with shrimp and a variety of sauces. Ham baked with peaches and duck with pears are typical national treats.
The unique combination of sweet and salty, tender and hot gives national food the exquisite savour that enthralls thousands of discerning palates. It’s worth noting that over last hundred years the local cuisine hasn’t changed much; indigenous people serve dishes that were relevant in the Middle Ages. Copyright www.orangesmile.com
Excursion over cultural sights of Languedoc-Roussillon - 'must visit' points of interest
Languedoc is very interesting from a historical perspective; each of local towns certainly has its unique historic spirit. Near Toulouse there is an ancient town of Albi, the main symbol of …

Open
Despite the fact that the coastal region is rich in fish and a variety of seafood, meat dishes have always occupied a place of honor on the table. A typical daily dish is lamb cooked with rosemary, bay leaf and garlic. It’s a very easy dish that has excellent taste. There are also several common myths like so-called Catalan sauces. This name is used for tomato sauces that are cooked in various countries around the world and even sold ready-made in large supermarkets. In fact, tomatoes were hardly ever used in the national cuisine of the region, and there are no sauces of them. 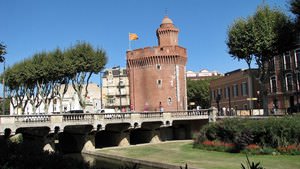 The most famous and popular local dessert is cream catalana, a kind of well-known crèmes brulees. This dessert is very light and low-caloried, since it is cooked of skim milk, unlike its commonly known analogue cooked of cream. Spices, including lemon and orange zest and vanilla are added to this dessert.

This guide to cuisine and restauraunt in Languedoc-Roussillon is protected by the copyright law. You can re-publish this content with mandatory attribution: direct and active hyperlink to www.orangesmile.com.
Languedoc-Roussillon - guide chapters 1 2 3 4 5 6 7 8

♥   Restaurant 'L’Ortensia' Saint-Gervais-sur-Mare. Type - Modern cuisine. 18.7 km from the center. On the map 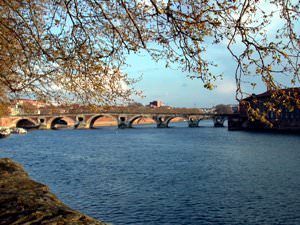 Distance from Languedoc-Roussillon center - 61 km.
Eventually, they were succeeded by tourist boats. Romantic natures and excursion amateurs will definitely appreciate walking along the Canal du Midi. The canal is a connecting link between two major French cities, Toulouse and Seth. The latter was founded in the second half of the 17th century as the eastern canal terminal. … Read further 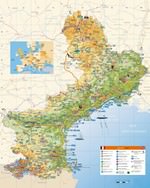 Searching where to eat - restaurants and cafe on Languedoc-Roussillon map

Cuisine and restaurants in the neighbours of Languedoc-Roussillon

Montpellier
The Sicilia restaurant specializes in Italian cuisine treating its guests with delicious pasta and tempting pizza each day. In addition to tasty treats the guests of the eating house can order a glass of astonishing wine as the Sicilia restaurant possesses an impressive wine list. Among budgetary establishments and eateries the L'entrecote restaurant is best worth attention. ... Open »
Nimes
The restaurant is of great popularity as among local folks so among foreign travelers and city guests. Although the restaurant features rather high pricing policy still the tables are reserved a few weeks in advance as there is a large number of guests desiring to try and taste dainty culinary masterpieces. The elegant eating house named Le Manoir de Courbessac is of the same ... Open »
Perpignan
The same popular and attractive eating house as for local residents so for city guests is the Le Grain de Folie restaurant which has won the recognition of its guests due to impeccable quality and taste of served dishes and for affordable pricing policy. To complement excellent treats of the restaurant its guests are offered to try astonishing home-made wines which taste will ... Open »
Avignon
Gourmet travellers and fans of exotic dishes become very enthusiastic when it comes to national snacks – juicy oysters and baked snails "escargot" with garlic seasoning are the most popular dishes here. Duck liver is another popular snack here. The dish is often served with slices of truffle and crispy hot bread. Perhaps, frog legs remain the most famous national delicacy. ... Open »
Toulouse
The Moroccan restaurant Le Ksar is very popular among locals and visitors alike. Decorated in a traditional style it is ready to offer visitors classic couscous and tagine, as well as a large selection of sweets. Impressive size of dishes remains one of the main distinguishing features of the Le Ksar restaurant, so it is appropriate to order one dish for two. The French ... Open »
Marseille
For further learning of culinary traditions and trying ever new ethnic dishes the travelers may follow to the Vinoneo restaurant. This quiet and amiable restaurant has gained the affection of its regular guests with a vast choice of dainty dishes and affordable pricing. The menu of the restaurant is updated almost every month adding new delicacies and chef’s specialities. ... Open »