Religions and languages in Croatia 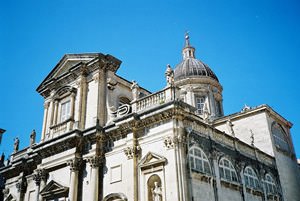 Croatia mostly professes Christianity like most modern European Countries. However, historically there was some confrontation between Orthodox and Catholics. Therefore, the percentage ratio of these Christian faiths was constantly changing. It should be noted that even in the 7th century, Croatia became the first country to abandon the Old Slavonic religions and beliefs, replacing the pagan worldview with the Christian one. During this period, not one of the Slavic countries had yet to take up Christianity. Among the Christians themselves, there was no unity since Catholicism and Orthodoxy were equally spread across the territory of the modern country.
Most romantic hotels in Croatia
The best hideaways for couples in love, as well as top hotels for wedding and honeymoon.
Read further
Based on historical facts, we can conclude that Croatia up to the 10th century was subordinate to the Byzantine Church, so most of the believers were still Orthodox. Service in the Churches was held not only in the Croatian language, but also in the Old Church Slavonic. But with the arrival of the new King in the 11th century, Missionaries from the Roman Catholic Church began to actively operate in the Country which gradually converted Orthodox Christians to Catholics. It was during this period that the official vow of celibacy was introduced for all Priests. The Church itself was given much more rights. It was also exempted from taxation. However, it was forbidden to use Croatian for Church events. At that time, the main language of the Roman Church was Latin. Therefore, King Kresimir forced the Croats to switch to Latin instead of the native language.
Today, it is difficult to say which Denomination of Christianity dominates in Croatia. Until the beginning of the 20th century, Catholics and Orthodox peacefully coexisted in the country. However, the Country was divided both territorially and according to religious views. Just before the outbreak of World War II, Catholic beliefs were abolished, Priests were often arrested for serving the Roman Church, and the parishioners themselves were severely punished. It was only at the time of the economic crisis which was provoked in the nineties, that the Catholic faith regained its power and took the dominant position in Croatia. The fact is that during this period many Orthodox Serbs left the Country because of difficult financial situations, going to more successful European States. Since then, Catholics account for about 70% of the total religious population. Despite this, Croatia adheres to European standards; therefore it is quite tolerant to followers of other faiths. It should be noted that currently, about one and a half percent of Muslims, and about one percent of Protestants live in the Republic. Copyright www.orangesmile.com
Admire style in every aspect? Selection of the best design hotels in Croatia
Hotels in Croatia are among the most stylish in Europe. They are affected by the neighborhood with Italy, the capital of the world fashion. …
Read further
Croatia is a multinational country. To date, its territory is home to quite a few immigrants from neighboring countries such as Romania, Hungary, Montenegro, Serbia and even Albania. At the same time, about 92% of the total population is considered indigenous. Therefore, the official language at the state level is recognized as Croatian. It is used not only inside State Institutions, but even in Embassies. It is also spoken in everyday life by locals. In a small part of the country, particularly on the peninsula of Istria, the Italian language was also given the status of official language. In order not to infringe upon the rights of citizens of the Country belonging to other nationalities, the Croatian government has also approved a number of languages ​​for the so-called National Minorities. These include Slovenian, Hungarian, Serbian, Czech and Albanian. 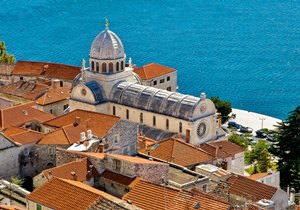 It is worth noting that the Croatian language itself is mostly similar to Russian, Ukrainian and Belarusian. Nevertheless, Croatian (the written language) and Latin are still adopted by these Minorities. In addition to the generally recognized literary Croatian language, the population in different regions also uses historically developed dialects. Thus, even in the middle of the 19th century, the Serbs wanted to unite with the Croats on the language level. The Kajkavian dialect is widespread (about 28% of the population apply it in their everyday life) and the Chakavian is a local dialect. Dialects differ significantly from each other not only in writing, but also in pronunciation. Therefore, residents of the opposite depths of the republics may not even understand each other’s speech. Nevertheless, everyone still owns the official state Croatian language.

Photogallery of iconic places of Croatia

Dubrovnik
Local women are very emancipated, especially in comparison with other Yugoslavian republics. Very often, they are leaders in a family and make all the decisions. They seek to build up the career and in anything do not concede to men in the professional branch. The Croatian men differ in wit and excellent sense of humor; they look after themselves and are able to appreciate female beauty. At the same time, they do not afford anything superfluous, except delighted looks and compliments. Croats … Read more

Hvar
Summer remains the most preferred leisure time on the island; that’s because of the grand festival held here during three summer months. The main part of the cultural and entertainment event is held in the capital of the island, Hvar. Every day there are concerts and theatrical performances; folklore ensembles take active part in the event. The Summer Festival is a wonderful way to get acquainted with the culture and traditions of local people. The large-scale program of this festival is very … Read more

Zadar
September is the time for the famous pirate festival, the main activity of which is a colorful carnival. During the holiday the streets of the city are full of people and cheerful companies dressed in pirate costumes. People have fun and relax enjoying the carefree atmosphere of the holiday. Early October is the time for Maritime Festival, participating in which will be interesting for everyone. The celebration includes numerous concerts, exhibitions and special demonstrations. Craftsmen show … Read more

Zagreb
Today these events are held in various European cities, but the festival in Zagreb is considered one of the oldest. First puppet shows on the streets of the city started appearing yet in the early medieval period. This entertainment has not lost its popularity even many centuries later. The festival is traditionally attended by theater groups from different countries. During last hundred years the festival was attended by more than 500 theater groups. The program of this exciting event will … Read more

Porec
Travelers who are going to visit Porec in august can visit Festival of street art. Exciting performances of fire-tampers, youth dance and musical groups, funny contests and exhibitions of modern art – beautiful summer festival will help to multiply resting program and make a closer acquaintance with culture of local habitants. Popular festival Gold copel is devoted to folklore art, number of its participants increases with every year. Not only local collectives but also the actors of other … Read more

Opatija
Local folks feature a rather serious attitude towards religion. Almost all the residents of the city regularly visit a church and always celebrate significant religious holidays. Travelers wishing to join local folks and visit some religious objects and destinations should keep in mind several general rules. Some religious objects require a dress code to enter the territory. Women should not enter religious sights bareheaded. That is why they should have kerchiefs to cover heads. Bright, … Read more

Makarska
Gourmets will be interested to visit the resort during the traditional gastronomic festival which is called "fisherman's Night". For many years, fishing has remained one of the main craft of local people, and seafood dishes form an important part of the regional cuisine. During the holiday, entertainment in Makarska continues almost all day, guests of the resort are invited to visit the traditional fish market, go fishing with local fishermen and try seafood dishes. In recent years, the … Read more

Osijek
All major religious holidays are celebrated on a large scale here. The most magnificent celebrations are usually organized on Easter and Christmas. It is noteworthy that the region's first Christmas songs were written back in the 12th century and have never lost their relevance. During the pre-Christmas time, Osijek always hosts traditional fairs where they sell souvenirs and popular festive treats. Musicians and dancers perform in the streets, a special entertainment program for children is … Read more

Croatia: traditions in the regions