Sightseeing in Cres - what to see. Complete travel guide 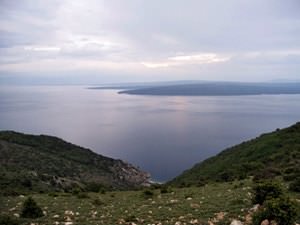 Cres is Croatia's second largest island, which is known as a major center of ecotourism and a location of incredibly beautiful beach resorts. The beautiful island managed to preserve its unique natural splendour. Its guests have an excellent opportunity to combine hiking to picturesque places with beach activities. You won't find big noisy resorts, large-scale hotels, crowded beaches and busy streets here. The island will surely appeal to those travellers who prefer to spend time away from bustling metropolises and overpowering influence of civilization. Hiking, beach activities, exciting excursions, visits to local markets and restaurants - these are the main types of entertainment that the island of Cres is ready to offer its guests.
Authentic traditions, festivals and lifestyle of Cres inhabitants
It can be difficult to understand Croatian temper while communicating with locals. On the one hand, Cres is filled with a peaceful atmosphere of relaxation and even sloveliness. A …

Open
The first settlements on the island appeared in Antiquity. Many unique archaeological artifacts have been discovered on its territory. In the 16th century, Venetian Empire took over rsponsibility at the island. Extensive building of fortifications began. Some facilities survived to this day. Most of the Venetian monuments are located in the city of Cres, the capital of the island. Here, some sections of the walls as well as city gates survived. They are considered one of the most interesting monuments of architecture.
The gates that served as an entrance to the city, were built in the 17th century. They are decorated with skillful bas-reliefs and sculptures of a lion. Moreover, you can see some great palaces that belonged to wealthy Venetian families in the 16th and 17th centuries. One of the favourite places among residents and guests of the capital to be out is a Promenade, that is a location of the main fortress gates. Right behind them originates a picturesque historical district. An ancient clock tower has remained its permanent symbol for many hundreds of years. Copyright www.orangesmile.com
Excursion over cultural sights of Cres - 'must visit' points of interest
The first settlements appeared on the island in ancient times. The island was under the reign of the Byzantine Empire in the 16th century. There is still some evidence of those times. The …

Open
In this area you can enjoy the most famous religious landmark of Cres - the Church of St. Isidore. Named after the patron saint of the city, it was founded in the 12th century. Despite the fact, that during this time its appearance has been repeatedly changed, the church managed to preserve a unique mysterious atmosphere. Curious travellers will also be interested in visiting the beautiful Petrić Palace, which is now being converted into a museum. Here, an invaluable collection of amphorae is stored, as well as other interesting archaeological finds. 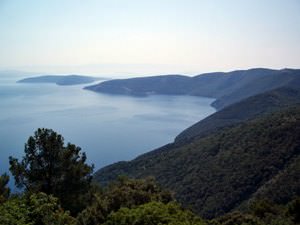 One of the island's main historical values are the so-called written records - slabs and boulders, with ancient Glagolitic inscriptions on them. The most famous of them is the Boulder plate, which has an 11th-century-old inscription. A lot of similar monuments have been found in the immediate vicinity of the capital, as well as in the ancient village of Boulder. Nowadays, they are represented in Lapidarium in the city of Cres. It is definitely worth noting that the museum building itself is also of great historical value. It was built in the 16th century and served as a location of the city council for a long time.
Your active city break in Cres. Attractions, recreation and entertainment - best places to spend your day and night here
Cres island is a perfect place for long walks. For example, you can spend a day to explore the local nature park located close to Vrana Lake. The lake is a protected area and there are more …

Open
You will find many interesting sights outside the capital as well. An ancient church of St. Mary Magdalene, built in the beginning of the 15th century, has been preserved on the island. It is considered the most spectacular architectural monument in Gothic style. Of great interest is the Franciscan monastery, that houses a unique collection of medieval manuscripts. 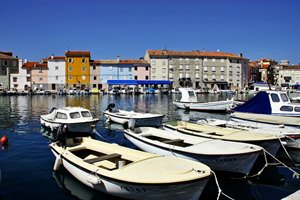 Cres is widely famous as an excellent destination for everyone who is fond of active recreation. The resort has modern infrastructure for water sports. There is a diving center on the island, which offers master classes for all beginners. Experienced divers, in their turn, are always welcome to rent all the gear they need. Some beaches are excellent for surfing. Moreover, vacationers can even rent a yacht in the port region of Cres. When it comes to the so-called “land-based” entertainments, the resort can offer hiking and cycling tours, during which tourists will be able to see the most beautiful natural landmarks of the island.
Top hotels in Cres for business trip or short vacation
The choice of hotels on the island Cres is really great. Comfortable apartments for habitation with children and for long-term stays are widely spread here. One of the most upscale hotels is …

Open
Fans of beach recreation will be also pleasantly surprised. They can relax on picturesque beaches that are distinguished by the outstanding and clean environment. There are no big beaches on the island, but the choice of calm and peaceful bays is simply tremendous. Many coastal areas have the Blue Flag label for their clean environment. That is particularly important for vacationers with children. Some popular beaches have comfortable concrete platforms, and some beaches are surrounded by trees that provide excellent shade in the midst of a hot day. Cres is an excellent resort for everyone who wants to admire beautiful nature and likes active pastime.

This guide to iconic landmarks and sights of Cres is protected by the copyright law. You can re-publish this content with mandatory attribution: direct and active hyperlink to www.orangesmile.com.
Cres - guide chapters 1 2 3 4 5 6 7 8

Survived castles around Cres
♥   Castle 'Zrinski-Frankopan Castle' , 16.8 km from the center. On the map

National and city parks around Cres
♥   Forest Park 'Kašteja' , 39.6 km from the center. On the map

Sights around Cres from our guide 'Extreme places on Earth'

Distance from Cres center - 43.1 km.
The reconstruction has been supervised by the world-famous architect Pietro Nobile. By 1932 the amphitheater has been fully prepared for large-scale events. Currently, the theater has 5000 seats. Visitors will have an opportunity to diversify the rest with a lot of interesting events. They can stroll through the underground rooms of the amphitheater, as well as look into the archaeological museum located on its territory. During the reconstruction of the arena, scientists discovered many unique artifacts that make up the museum's exposition. … Read further

Search touristic sites on the map of Cres

Sightseeing in regions nearby Cres

Krk
Fans of fishing will like the village of Baska that is located in the south-east of the island. At the daytime you can relax on the beautiful pebble beach; after dark, trips on boats and yachts to the island of Rab are arranged for tourists. This is the local fishing place. The cultural and historical center of the island is its capital, the city of Krk. At the center of the ... Open »
Rab Island
Nature lovers should definitely look into the Komrcar Park, a favorite place of recreation for residents and visitors. Many rare plants, including Italian poplar and Indian figs grow there; the special area is assigned exclusively for herbs. Those fond of history will like the nearby archaeological park, which is now available to all interested. There you can see the ruins of ... Open »
Istria
From a historical and architectural point of view the town of Pula will be interesting; its main attraction is an ancient amphitheater. The building is 133 meters long and 105 meters wide. During warmer months, the arena of the amphitheater hosts colorful festivals and performances, which will impress any traveler. Another architectural monument has survived since the times of ... Open »
Losinj Island
Fritz Gallery situated in the town of Mali Losinj is certainly worth mentioning among cultural sights. Works by famous Croatian and European painters donated to the Art Gallery by prominent collectors are represented there. The history of the beautiful island is inextricably associated with sea, and locals continue to regard sea as their primary mean of livelihood. Hereditary ... Open »
Pula
This rich history couldn’t have failed to be reflected in the beautiful historical monuments. The main sight of Pula is the amphitheater called Arena. Its building took place in the 1st century. Today its walls hold theater and opera performances, and film festivals. There are also several monuments of the prehistoric times – the statue of Apollo stands here from the ... Open »
Rovinj
The main square of Rovinj was named in honor of Marshal Tito. You will find this square near the port area. Several notable buildings are located around the square. Town Hall and Palace Kaliffi are among them. The walls of the palace store the exhibition of the museum dedicated to the history of the city; visiting this museum should be a mandatory point of any excursion ... Open »

All about Cres, Croatia - sightseeings, attractions, touristic spots, architecture, history, culture and cuisine. Prepare your trip together with OrangeSmile.com - find out the 'must see' things in Cres, which places to visit, which excursions to take, where the breathtaking views are waiting for you. Planning your trip with this travel guide will help your to get the most out of Cres in few days.