Sightseeing in Zagreb - what to see. Complete travel guide 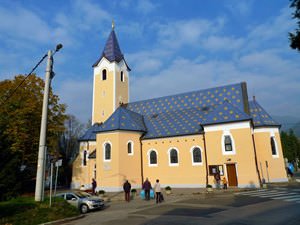 Zagreb is a capital of Croatia and an important economic and scientific center. Travellers call Zagreb “the city of museums”. Indeed, the number of cultural sights and exhibitions centers is really stunning. Moreover, the majority of them are unique on the country scale.
Family holidays with kids in Zagreb. How to entertain your child, things to show to children.
Zagreb is a very beautiful city with many attractions and well-kept parks. It will be a pleasure to relax in it with children. One of the favorite places of rest among the townspeople and …

Open
For convenience the city is divided into three regions. Gornji grad is considered the historical center of the city. Quarters and streets of this region were built yet during the medieval period. The majority of excursions take place here. Donji grad is the trading district of Zagreb. The largest markets and trading centers are located on the streets and squares of this district. Here often take place fair trades and various entertaining events. The modern part of Zagreb is called Novi Zagreb and its streets and squares have been built approximately 50 years ago. High buildings, office centers and entertainment complexes will be also very interesting to the visitors of this wonderful city.
Archeological Museum occupies the first place among the cultural facilities of the city. The exposition of this museum exceeds 400 thousand of items. The museum features collections of archeological findings gathered in different parts of Croatia within last three centuries. If you like walking on ancient castles, then do not forget to visit Tower of Lotrscak that was built in the 13th century. The tower was used as a protective facility and was located near the southern city gates. Botanic garden is a magnificent piece of nature located near Zagreb University. It has founded by the workers of the university and here take place important studies. A part of the garden is devoted to excursions. Art connoisseurs will enjoy visiting Ivan Meshtrovic Gallery and Strossmayer Gallery that exhibit large private collections of pictures and tapestries. Copyright www.orangesmile.com
Cuisine of Zagreb for gourmet with top restaurants and cafe
It’s really hard to find best dining facilities among hundreds of restaurants in Zagreb, but there are some places that are popular among generations of locals and that have won …

Open
In the city, many beautiful old churches were preserved. One of the most picturesque is the St. Mark’s Church. The miniature church of the 13th century has been one of the main symbols of the city for more than 700 years. The coat of arms of Zagreb has been laid out on its roof with the help of colored tiles. Within the walls of the church are hidden unique artistic treasures - beautiful frescos, created by famous European masters. The church is quite small, but the beauty of its design has no equal in the city. 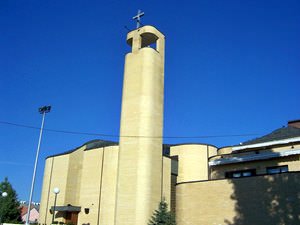 An original symbol of the city is the old funicular; it connects the Lower and Upper City. This funicular which was opened in 1893, is the shortest and steepest in the world; its length is only 66 meters. The slope of the cabin during the ascent is 52 degrees, which is a true world record. Everyone who loves unusual activities can ride on this funicular. Its cabins are designed for 28 passengers.
Authentic traditions, festivals and lifestyle of Zagreb inhabitants
Zagreb is famous for its colorful festivals and national holidays that attract curious tourists from all over the world. Experienced travelers have reasons when they call Zagreb "festival …

Open
An excellent place for a family excursion will be the Ethnographic Museum. It is located in a spectacular building of the early 19th century. Since its inception, this building has been used for various exhibitions and cultural events. Later, it was decided to convert it into a museum. Today its unique collection has about 80,000 exhibits, but only a small part - about 3,000 - is represented in the halls of the museum. The collection of the museum is very diverse. Its halls feature ancient national costumes, works of art, weapons, kitchen utensils and even luxury jewelry that used to belong to the wealthiest inhabitants of Croatia. 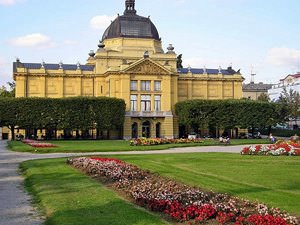 Another great place to explore the culture of the city is the Strossmayer Gallery of Old Masters. This is an incredibly interesting art museum in which the works of famous Croatian painters from the 18th to the 20th centuries are presented. The gallery also occupies an outstanding historical building in the Neo-Renaissance style, which is of great architectural value.
Excursion over cultural sights of Zagreb - 'must visit' points of interest
Upper Town (Gornji Grad) will be a great place to start your excursion program. This district is considered the oldest one in the city, so here visitors will find a lot of beautiful historic …

Open
An important historical place in Zagreb is Capol Square, around which you can see the surviving defensive buildings from the Middle Ages. Around the square there are several ancient towers, as well as part of the fortification wall. The erection of these fortifications began in 1478. Today in the famous historical square, entertaining events are often held for tourists.

This guide to iconic landmarks and sights of Zagreb is protected by the copyright law. You can re-publish this content with mandatory attribution: direct and active hyperlink to www.orangesmile.com.
Zagreb - guide chapters 1 2 3 4 5 6 7 8 9

Shopping streets in Zagreb
♥   Shopping area ' Ilica' Zagreb, 5.1 km from the center. On the map

National and city parks around Zagreb
♥   Nature Park 'Medvednica' , 13.2 km from the center. On the map

Art galleries in Zagreb and around
♥   Art museum 'Art Pavilion' Zagreb, 1.8 km from the center. On the map

♥   Art museum 'Modern Gallery' Zagreb, 2 km from the center. On the map

Sights around Zagreb from our guide 'Extreme places on Earth' 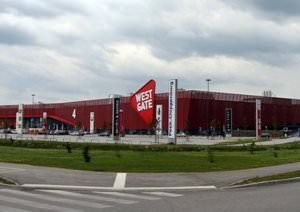 Distance from Zagreb center - 15.7 km.
From the shopping mall the visitors can see the magnificent views of the city thanks to the panorama windows in many parts of the mall and in the atrium. The design of the mall was detailed thought: huge palms, fairy lights, made of mini lamps, stylish designers’ furniture and colorful banners. We also have to mention that new FiFi systems and electric EPGS that were used there. That’s why the mall is not only beautiful but also safe. For those, who are interesting in the shopping, the area of 3 300 meters with various shops is available. … Read further 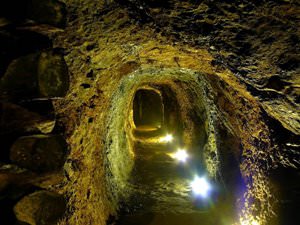 Distance from Zagreb center - 12.1 km.
Travelers who are not afraid of bats are offered to take part in an exciting campaign providing an opportunity to adopt a bat. The whole point is that there are many rare species among bats living in mines that are on the verge of extinction. All funds raised at the event go for the maintenance of the animal population; after such a commemorative event tourists receive a personal certificate that they have their own pet in the mysterious Zrinjski mine. … Read further

Search touristic sites on the map of Zagreb

Sightseeing in regions nearby Zagreb

Velika Gorica
Large number of various exhibition halls and libraries is one of the most significant peculiarities of Gorica. The citizens of this city have traditionally had much interest towards reading. The oldest library here was founded yet in 1886. The collection of the library is so big that in 1999 it had to add one more building to store the growing number of books. Today the books ... Open »
Novo Mesto
The famous historical and cultural center, Novo Mesto is an important industrial and economic area of the country. The city is very picturesque, so it has quickly gained popularity and recognition among tourists. The People's House is one of the most famous attractions of this place. This is a historic building with a rich history. The main square of the city, which is also ... Open »
Ptuj
Many tourists include a visit to the old town of Ptuj into their vacation plan in Slovenia. The rich architectural and cultural heritage of the Slovenian settlement makes an acquaintance with local attractions truly exciting. Do you like exploring interesting places? In Ptuj, you can visit an old castle and wonderful old wine cellars that have been storing famous local wine for ... Open »
Celje
The old count's castle, which has preserved here, is one of the city's major attractions. Tourists will find much interesting in visiting Town Hall built in 1830, Bridge the Capuchins, Count's Palace and Spodni grad (bottom castle), as well as Church of St. Cecilia and St. Mary (built in 1310). Here have remained many other old buildings that make even a walk in the streets of ... Open »
Maribor
Another attractive feature of the old Slovene city is healing thermal springs, near which upscale wellness centers are located now. Travelers can successfully combine walks along picturesque places and their acquaintance with the city attractions with wellness procedures, as thermal centers are accessible to the tourists all year round. Maribor is a fascinating modern city ... Open »
Ljubljana
Even though Ljubljana is a capital of the country, this is a relatively small and very beautiful city, which stands on both banks of the river. This place is famous for its castle - the Ljubljana Castle - built in the Baroque style. The design of the castle has kept the elements of Roman, Illyrian and Celtic buildings. The main attraction of Ljubljana is its main square named ... Open »

All about Zagreb, Croatia - sightseeings, attractions, touristic spots, architecture, history, culture and cuisine. Prepare your trip together with OrangeSmile.com - find out the 'must see' things in Zagreb, which places to visit, which excursions to take, where the breathtaking views are waiting for you. Planning your trip with this travel guide will help your to get the most out of Zagreb in few days.