Sightseeing in Dubrovnik - what to see. Complete travel guide 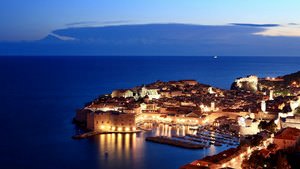 Dubrovnik is a pearl of the Adriatic Sea. The city is famous for its amazingly beautiful nature and the Mediterranean atmosphere. Dubrovnik Riviera is located in the south of the Dalmatia region. Tempting sea, small picturesque places with beautiful houses with terracotta roofs, green islands located along the coast – you will see all these and more, if you arrive in Dubrovnik.
Your active city break in Dubrovnik. Attractions, recreation and entertainment - best places to spend your day and night here
Dubrovnik offers to its guests numerous exciting entertainments. On the territory of the city you will find various sports facilities and entertainment complexes. Tennis courts, golf fields, …

Open
Founded in the 7th century, nowadays the city has the population of 50 000 people. Dubrovnik can be surely called one of the most fascinating cities of Croatia. Due to its ancient centre Dubrovnik has been included in the UNESCO list of World Heritage Sites. In the Middle Ages Dubrovnik was one of the most famous economic and cultural centres of the whole Mediterranean region. This port city was especially popular with artists, writers and poets. Nowadays, tourists can find there a unique open-air museum with numerous towers, churches, palaces and monuments.
The ancient part of the city – Gradske Zidine. The whole historical centre of the city is a pedestrian zone, which is located on an enormous rock over the sea. If you want, you can get upstairs and enjoy the baroque beauty of the city from the birds' eye view. The ancient walls (Gradske Zidine) are the symbol of Dubrovnik. They were built in the 10th century and later, in the 13th century, they were completed. Such well-known architects as Michelozzo and Ferramolino took part in the creation of the walls. The whole length of the walls estimates 940m, their height is 25m, and their thickness is 6m. More than that, the walls are fortified with ten semicircular bastions. Copyright www.orangesmile.com
Advices to travellers: what you should know while being in Dubrovnik
1. Burbon street is the best place for evening walks and night time entertainments. Best bars and restaurants are also located here. They differ not only by an excellent level of service …

Open
All sights of the historical center are situated on several square meters. The main street, Stradun Street (its former name is Placa) is an extremely cozy and fascinating market street, surrounded by plenty of small streets paved with marble. One can endlessly walk here for hours without any tiredness. Stradun Street leads to the historical center of the city and crosses Dubrovnik from east to west. The street was created in the 2th century, after the canal, that had separated the island and the land, was dried and filled up. Nowadays, you will find a lot of eye-catching bars and cafes in this part of the city. Driving is prohibited in this area, so you will have nothing to do but to enjoy a lovely walk. 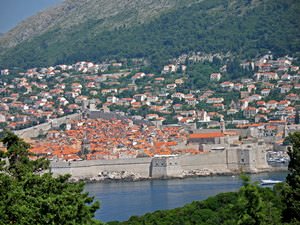 Loza Square. The central square of Dubrovnik is called Loza Square. This is a traditional place for various meetings. There is also Dubrovnik port nearby, from which tourists can enjoy wonderful boat rides. Fans of lazy beach relaxation will find there wonderful nature beaches and pure sea water.
Extraordinary weekend in Dubrovnik - unusual places, services and attractions for travel gourmet
Dubrovnik is the most popular resort city in Croatia, and many travelers can only dream of a peaceful stay away from crowded places. In order to enjoy panoramic views of Dubrovnik, one …

Open
The Pile City Gate (Gradska Vrata Pile). The Pile Gate is the main entrance to the ancient part of the city. The gates were built in 1537, and served as a defensive structure. The Arcade Bay, which is built in the Renaissance style, is the location of the sculpture of St Blasius, the protector of Dubrovnik. 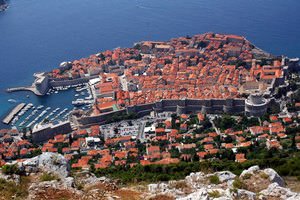 The Onofrio Fountain. Big Onofrio Fountain is located in a small square to the right from the Pile Gate. It was built in 1438 by Neapolitan architect Onofrio de la Kavi, who also projected the city’s water system. The fountain is one of the most well-known monuments in the city. Originally, it was decorated with a sculpture. However, later the sculpture was ruined during the earthquake of 1667. Only 16 stone masks have left since that time. The water runs out of the masks.
Unusual weekend in Dubrovnik: accommodation in extraordinary hotels
The unusual and exclusive Grebeni Hotel has been presented by Adriatic Luxury Hotels. This hotel is open in an old beacon that stands on a small island approximately a kilometer away from …

Open
The first building to the left from Placa is St Savior Church. Not far from it you will see the world-famous Franciscan Monastery, which was built in 1317-1417. After the earthquake of 1667 they had to make a total reconstruction of the monastery. The only detail that left untouched was the south door, decorated in the Venetian gothic style. Near the entrance to the monastery you will find a sculpture named 'Madonna Pieta' by Ivan Meshtrovich. 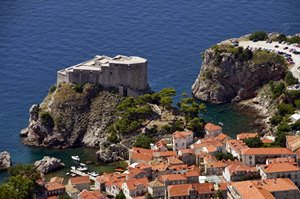 The Cathedral of the Assumption of the Virgin Mary (Velika Gospa). The Cathedral of the Assumption of the Virgin Mary (Velika Gospa) is situated in front of Rector's Palace. The first variant of the church was destroyed during the earthquake of 1667. The restoration works of the building were finished only in 1716. Travellers are usually offered to visit the treasure-house, where they can look at the shrine with the relics of St Blasius and 138 golden and silver items of the 11th and the 17th centuries. The cathedral is also the location of a true masterpiece - 'The Ascension of the Virgin' - made in Titian's atelier. Many experts claim that the work was created by the master himself.
Dubrovnik design-hotels for stylish travellers
Stylish design made in accordance with latest fashion trends is a calling card of the luxurious Rixos Libertas Dubrovnik. Its rooms feature stylish hardwood floors and panoramic floor to …

This guide to iconic landmarks and sights of Dubrovnik is protected by the copyright law. You can re-publish this content with mandatory attribution: direct and active hyperlink to www.orangesmile.com.
Dubrovnik - guide chapters 1 2 3 4 5 6 7 8 9 10 11 12 13 14 15 16

Shopping streets in Dubrovnik
♥   Shopping area ' Stradun' Dubrovnik, 1.8 km from the center. On the map

National and city parks around Dubrovnik
♥   Forest Park 'Velika i Mala petka' , 1.7 km from the center. On the map

Sights around Dubrovnik from our guide 'Extreme places on Earth' 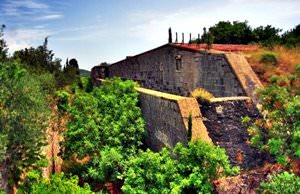 Distance from Dubrovnik center - 45.5 km.
It is incredibly exciting to visit and explore the three-storey building. Here, you will find many bunkers, stairs and platforms for the installation of military equipment. Curious guests can walk through the narrow corridors and steep stairs. Not far from the fort there is a complex system of catacombs, which will also appeal to lovers of independent historical research. Surrounded by the old forts, there are now several small hotels, so you can spend a few days in this interesting and picturesque area. … Read further

Search touristic sites on the map of Dubrovnik

Sightseeing in regions nearby Dubrovnik

Cavtat
The suburbs of the town are the location of the remains of the castle and the ruins of ancient settlements. Precious ancient amphorae are found here even nowadays. You will also see the preserved tiles, parts of buildings, and even streets of the ancient city. The remains of an ancient staircase will help you to climb the hill, which has served, according to the legend, the ... Open »
Elaphiti Islands
The third largest and one of the three inhabited islands of the archipelago is Kolocep that is home to about 150 residents. Picturesque pine and olive groves, as well as several archaeological areas, where the ruins of ancient buildings were discovered, are among the island’s hallmarks. The ruins of nine ancient churches built in the 9th-11th centuries were discovered there ... Open »
Herceg Novi
Tivat Airport is situated thirty kilometers from Herceg Novi. Many international airlines fly to this airport. If you prefer to travel in a car from other cities in Montenegro, use the Adriatic road that goes straight to the resort town. There is a no less interesting way to get to Herceg Novi – by ferry. There is a ferry that regularly takes tourists and locals across the ... Open »
Perast
Archaeologists proved that the Illyrians were the founders of Perast. They lived here three and a half thousand years ago. Initially, Perast was a small settlement with a few fishing and merchant ships. The fast development of the region started when Perast became a part of the Venetian Republic. By the end of the 15th century, the Ottomans captured the town and turned it ... Open »
Pocitelj
The first mentions of Pocitelj date back to 1444, the time when King Alfonso V was the ruler. Initially, the village was a part of the nearby Župa Dubrava. In the second part of the 15th century, people started building protective facilities in order to save the settlement from the Ottomans. There was a military garrison in Pocitelj for eight years starting from 1463. The ... Open »
Budva
First settlements on the territory of the modern city appeared many centuries ago. Until now archeological excavations don’t stop here and new and new artifacts are found in Budva. For example, during the building of one of hotels in Budva have been discovered Roman and Greek necropolises. Archeological sites are usually full of ancient jewelry – precious artifacts from ... Open »

All about Dubrovnik, Croatia - sightseeings, attractions, touristic spots, architecture, history, culture and cuisine. Prepare your trip together with OrangeSmile.com - find out the 'must see' things in Dubrovnik, which places to visit, which excursions to take, where the breathtaking views are waiting for you. Planning your trip with this travel guide will help your to get the most out of Dubrovnik in few days.