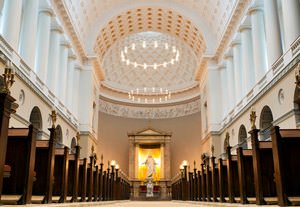 While communicating with Croats, remember that it is not customed to give refusals here. You will hardly hear «no» from the local inhabitants. But don’t be so happy if you have agreed upon something with local inhabitants. There is a chance that your agreement won’t be fulfilled, Croats love to say «tomorrow». However, it is very profitable for them. Croats don’t like to give a direct refusal, so their favourite «tomorrow» drifts into «never». So remember that a sense of duty is not inherent to them. It is just their peculiarity. It is easier for Croats to promise something than to do things and refuse.
Your active city break in Vis Island. Attractions, recreation and entertainment - best places to spend your day and night here
Vis is a perfect place not only for those who are interested in history. The island is not touched by civilization and it is an ideal place for long walks. You can choose one walk for a …

Open
Vis is filled with relaxed atmosphere and laziness. A hairdresser can discuss philosophical questions with her friend during the working process. A taxi driver can talk on the phone while driving. A shop assistant can talk with her friend in the workplace. However, even if a taxi driver is talking on the phone while driving a car, he will take you to the right place. A relaxed hairdresser will make a perfect hair cut and a shop assistant will sell you the most suitable clothes. Nobody knows why Croats are people of contradictions but it is the fact.
Most of the locals treat tourists with cold European courtesy. It is obvious because tourists bring a lot of money to the country. Locals provide high service to the foreigners, but they will never tolerate rudeness and go beyond the official duties. Local inhabitants don’t like when anybody enters their private territory. If you have accidentally come to someone’s private land, a nice and polite local can be rude with you. Copyright www.orangesmile.com
Best beaches and recreation areas around Vis Island
Picturesque beaches are hallmarks of Vis Island. A considerable part of coastal areas are well equipped and feature well-developed infrastructure. Wild beaches have been preserved on the …

Open
One more interesting Croatian peculiarity is that locals will never tell tourists that they break rules or don’t follow some traditions or customs. If you are going to visit a reserved territory or private land, nobody will hint at the need for getting permission to enter there. That’s why you can be caught unawares when an angry owner of the private property will find you at his territory. But sometimes you can visit different places without being noticed. Pay your attention to the signs on the streets. You can get a fine for walking in a bikini in some of the settlements. However, if there are no signs, try to look modest. Croats are conservative people and they think that people should wear bikini only on a beach. 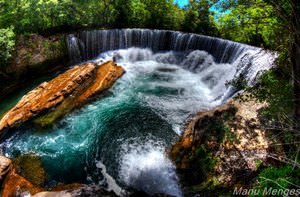 Croats are patriots and they love their homeland. Most of the locals keep traditional costumes at home. They wear the costumes on national holidays. During the festivals, you can see a large number of locals in national costumes dancing traditional dances. Yet folk music and dances are not only popular during different holidays, but some of the songs are also more popular than modern music.
Top hotels in Vis Island for business trip or short vacation
Aparthotels ideal for travelers with children are widespread on the island. As a rule, all of them are situated in the immediate vicinity of the coast. Travelers who expect to enjoy beach …

Open
Local women are quite emancipated in Croatia. Despite the fact that there are many women who left the career for the family, some of them are successful in their job. Most of the women dominate in their families, but men can hardly accept that. Local men, by the way, like to flirt with girls and women. They are even not embarrassed by the presence of their girlfriend. However, they will just pay a couple of compliments, nothing serious. Corzo is a local tradition which has its roots in Italian culture. At night small streets of local settlements are full of nicely dressed families, couples and happy people, who spend their time chatting and enjoying wonderful Croatian evenings.

This guide to traditions and festivals in Vis Island is protected by the copyright law. You can re-publish this content with mandatory attribution: direct and active hyperlink to www.orangesmile.com.
Vis Island - guide chapters 1 2 3 4 5 6 7 8 9

Cathedrals and basilicas near Vis Island
♥   Crkva sv. Stjepana, Stari Grad, 40.1 km from the center. On the map

♥   Konkatedrala sv. Petar Apostola, Split, 57 km from the center. On the map

Survived castles around Vis Island
♥   Castle 'Hvar Fortress' , 28 km from the center. On the map

Colors of Vis Island in photos

Traditions and festivals in cities around Vis Island

Hvar
Summer remains the most preferred leisure time on the island; that’s because of the grand festival held here during three summer months. The main part of the cultural and entertainment event is held in the capital of the island, Hvar. Every day there are concerts and theatrical performances; folklore ensembles take active part in the event. The Summer Festival is a wonderful ... Open »
Hvar Island
The Croats generally prefer to enjoy everything they do. Some Italian habits, for example, evening walks in beautiful outfits are also common here. And, apparently, because of the influence of the Romans, the Croats like to actively gesticulate when talking, even if it's about some dry facts. By the way, remember that to call a local resident a Yugoslav is to offend him. ... Open »
Ciovo Island
On Ciovo, no one is in a hurry. The locals are not really punctual and compulsory but if they really take up something, they do it, as a rule, rather quickly and well. On weekends, the Croats love to go out with their friends for a picnic somewhere on the beach or in the countryside. Usually this is not just a quiet gathering but a very noisy and fun pastime. In the ... Open »
Brac Island
The inhabitants of Brac receive a considerable income from tourists and therefore treat the travelers very politely. Here you can get an answer to any question and agree on any service – just not for tomorrow ... By the way, keep in mind that during a conversation the Croats like to actively gesticulate, probably because of the long communication with the Italians. The ... Open »
Korcula Island
The Croatian women can be very domineering. They often occupy managerial positions and are the actual heads of their own families. Although there are many families here with a very patriarchal way of life. Regardless of the beliefs about the role of men and women in the family, the local men give compliments to any girl, regardless of her age and looks. So if you come here ... Open »
Makarska
In summer, the city hosts a traditional jazz festival, the program of which is held for three days. It is attended by both well-known musical bands and novice performers, a significant part of the performances is held on open stages. The main feature of the festival is that it is held on the territory of the historical district of Makarska. Concert venues are equipped in the ... Open »

Cityguide on traditions, mentality and lifestyle of people in Vis Island. Learn the best periods to visit Vis Island to discover its soul - authentic festivals, events and celebrations. We will also reveal the interesting habits, attitude towards the world and to tourists in Vis Island.