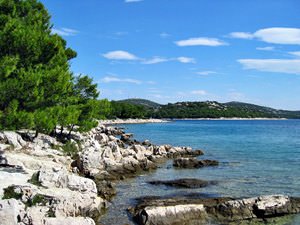 While communicating with Croats, remember that «no» answer is almost unacceptable in Croatian culture. Croats will never refuse to comply with your request. But don’t be so happy if you have agreed upon something with local inhabitants. There is a chance that your agreement won’t be fulfilled, Croats love to say «tomorrow». However, it is very profitable for them and tomorrow never comes here. Remember that a sense of duty is not inherent to Croats. It is just their peculiarity. It is easier for Croats to promise something than to do things and refuse.
Excursion over cultural sights of Murter - 'must visit' points of interest
Murter Island first appeared on the pages of history in the 14th century. It was firstly mentioned in the written sources at those times. However, scientists are convinced that people lived …

Open
One more interesting Croatian peculiarity is that locals don’t like to tell tourists that they break rules or don’t follow some traditions or customs. If you have accidentally visited a reserved territory or private land, nobody will hint at the need for getting permission to enter here. Croats are very scrupulous in matters of their private land. If you have accidentally come to someone’s private land, the owner of this place will be rude with you. That’s why you can be caught unawares when an angry local will find you at his territory.
However, local inhabitants treat foreigners with European courtesy. Tourists bring a lot of money to the country and Croats understand it. Despite the fact that the customer is always right, locals don’t accept disrespect and rudeness. Courtesy is just a part of the service but it doesn’t mean that Croats love tourists. Locals have a unique ability: they work in a relaxed manner but reach a perfect result. Copyright www.orangesmile.com
Your active city break in Murter. Attractions, recreation and entertainment - best places to spend your day and night here
Murter is an ideal place for those who love to admire virgin nature. There are unique lakes near the town of Jezera, which can be seen only in autumn and winter due to heavy rains. The lakes …

Open
For example, a taxi driver can talk on the phone while driving, but he will take you to the right place without any accidents. A hairdresser can discuss philosophical questions with her friend and watch series during the working process, but you will get a perfect hair cut. A shop assistant can talk with her friend in the workplace but he will sell the most suitable clothes. Nobody knows how Croats can be so contradictive people but we should get used to it. 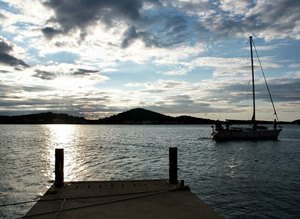 Local inhabitants are patriots and they love their homeland, they follow customs and traditions. During a wedding, relatives of the groom take off the bride’s veil and clothe her in an apron and a scarf. Family is the basis of the social structure in Croatia. Family ties are very important for locals and weekends are considered to be family time. A typical evening in a local Croatian village is filled with traditional songs and ballads about Croatian famous characters. There are various cultural events in Jezera. You can visit poetry and folklore evenings or the Fisherman’s Fest which are held in summer here. Local dances and songs of the artists are famous outside Croatia.
Best beaches and recreation areas around Murter
Murter beaches are the busiest and overcrowded places for recreation. Slanica is considered to be the main beach. You can easily get there from the center of the capital on foot. This beach …

Open
However, some of the inhabitants still have traditional costumes. They wear costumes on different holidays such as Christmas, Easter and Independence Day. The most popular religious holiday here is held on the 26th of May. Pilgrims come to the church of Lady of Caravaggio in Tisno. The Day of Tisno is celebrated on the 11th of November. However, Murter is not a Medieval island. Local women are quite emancipated in Croatia. Despite the fact that there are many women who left the career for the family, some of them are successful in their job. Most of the women dominate in their families, but men can hardly accept that. Local men, by the way, like to flirt with girls and women. They are even not embarrassed by the presence of their girlfriend. However, they will just pay a couple of compliments, nothing serious.

This guide to traditions and festivals in Murter is protected by the copyright law. You can re-publish this content with mandatory attribution: direct and active hyperlink to www.orangesmile.com.
Murter - guide chapters 1 2 3 4 5 6 7 8 9

Cathedrals and basilicas near Murter
♥   Katedrala sv. Jakova, Šibenik, 21.2 km from the center. On the map

Colors of Murter in photos

Traditions and festivals in cities around Murter

Zadar
The city trade fair is a no less interesting celebration, which traditionally takes place in the period from June to August. On weekends numerous stalls are installed in the main streets and squares of the city. Here visitors are welcome to purchase numerous fresh products, various sweets, sweet wine and interesting souvenirs. Full Moon Festival is a very original and ... Open »
Ciovo Island
The Croats do not like to refuse directly, exactly like they do not want to inform the travelers about any restrictions. For example, if you tell a local that you plan to visit the protected area of ​​the reserve, where the entrance is limited, no one will tell you about the need to get a pass, for example. It is not accepted here. The locals are quite hospitable, but if ... Open »
Vis Island
Vis is filled with relaxed atmosphere and laziness. A hairdresser can discuss philosophical questions with her friend during the working process. A taxi driver can talk on the phone while driving. A shop assistant can talk with her friend in the workplace. However, even if a taxi driver is talking on the phone while driving a car, he will take you to the right place. A ... Open »
Hvar
Summer remains the most preferred leisure time on the island; that’s because of the grand festival held here during three summer months. The main part of the cultural and entertainment event is held in the capital of the island, Hvar. Every day there are concerts and theatrical performances; folklore ensembles take active part in the event. The Summer Festival is a wonderful ... Open »
Pag Island
Most of the locals treat tourists with cold European courtesy. It is obvious because tourists bring a lot of money to the country. Locals provide high service to the foreigners, but they will never tolerate rudeness and go beyond the official duties. Croats are very scrupulous in matters of their private land. If you have accidentally come to someone’s private land, the ... Open »
Brac Island
The Croatians surprisingly combined the features of the Slavs, Romans, Turks, and many others, for centuries being close to completely different neighbors in terms of culture and perception of the world. Remember that there is no hurry here. In general, the main words that characterize local residents sound like polako – slowly, without rushing; sutra – tomorrow; nema ... Open »

Cityguide on traditions, mentality and lifestyle of people in Murter. Learn the best periods to visit Murter to discover its soul - authentic festivals, events and celebrations. We will also reveal the interesting habits, attitude towards the world and to tourists in Murter.