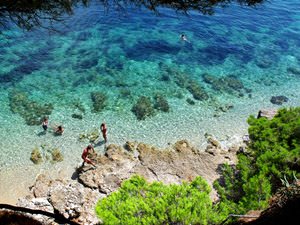 The Croatians surprisingly combined the features of the Slavs, Romans, Turks, and many others, for centuries being close to completely different neighbors in terms of culture and perception of the world. Remember that there is no hurry here. In general, the main words that characterize local residents sound like polako – slowly, without rushing; sutra – tomorrow; nema problema – no problem. Here, in Brac, there is simply no need to hurry – the whole rhythm of life has to do with leisure, tranquility, and enjoyment of the moment.
Family holidays with kids in Brac Island. How to entertain your child, things to show to children.
Brac island is one of the largest among the islands of Croatia. Here, on 400 square kilometers are both untouched natural corners, as well as architectural monuments of the old days. Brac …

Open
To many it seems surprisingly strange but no less harmonious, the combination in the mentality of the inhabitants of the island a considerable degree of relaxation towards everything, together with courtesy, decency, and the ability to do their work. Remember that the Croats do not like to say "no" and "don’t". Therefore, having agreed on something with a local resident, you can find that he does not hurry to fulfill his part of the agreement. No, he does not say no. He will just do it tomorrow, slowly. And tomorrow you will hear the same thing.
The inhabitants of Brac receive a considerable income from tourists and therefore treat the travelers very politely. Here you can get an answer to any question and agree on any service – just not for tomorrow ... By the way, keep in mind that during a conversation the Croats like to actively gesticulate, probably because of the long communication with the Italians. The local residents are hospitable but if by mistake you walk on a private territory, its owners can behave quite aggressively and even rude. Copyright www.orangesmile.com
Cuisine of Brac Island for gourmet with top restaurants and cafe
In general, the courses that you can taste in Brac are not much different from those in continental Croatia. The only thing: the variety of fish courses here is much bigger, and you can …

Open
Carefully read the signs, especially in large cities. In many municipalities, walking on a street without a shirt or in a bathing suit is punishable by a fine, which will have to be paid directly on the spot. Tips here, as a rule, are not included in the bill but it is usually 10-15% of the check. The level of crime is low but it is better to keep the valuables ​​in the safe – due to a large number of tourists, pocket thefts occur quite often. Interestingly, you can bargain here not only in the markets but also in coastal cafes and shops. It is also often possible to bring down the price for any service as well. 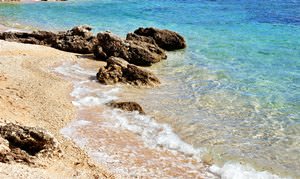 The locals are not too punctual. Women here are quite active and often openly act as leaders in their family. Men have a sense of humor and like to give compliments to any woman at least a bit attractive but they usually do not go past flirting. The Croats are very proud of their independence and cannot stand to be called "the Yugoslavs". In Brac, as in the central part of the country, many national customs have been preserved. For example, during the wedding, the relatives of the groom remove the veil from the bride and put an apron with a kerchief on her.
Excursion over cultural sights of Brac Island - 'must visit' points of interest
The Brac island was inhabited in Antiquity. You can find a confirmation of this when going to the Skrip village. Here you can see not only agricultural buildings of different centuries and …

Open
In the evening, it is common to make a corzo – to stroll around the city in your best clothes. The Croats love to dance and sing, usually in national costumes, which many local residents still have. In Brac, the religious holidays are celebrated on a big scale, which is not surprising: 80% of the inhabitants are Catholics. The Carnival is also a big event, in which both professional and amateur orchestras, dance and folk groups take part. 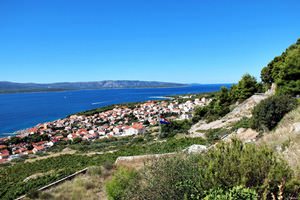 Jazz fans will certainly appreciate jazz evenings in Sutivan, where the performances will please the fans of the theater as well. In Postira, there are regular fish festivals. In August, there is also a unique music festival Wave Week in Supetar. Its peculiarity is that part of the action takes place in the afternoon on yachts, which in the evenings stick to the shore in any place that a team liked so that the participants and spectators can enjoy songs, dances and, of course, barbecues.

This guide to traditions and festivals in Brac Island is protected by the copyright law. You can re-publish this content with mandatory attribution: direct and active hyperlink to www.orangesmile.com.
Brac Island - guide chapters 1 2 3 4 5 6 7 8

Cathedrals and basilicas near Brac Island
♥   Crkva sv. Stjepana, Stari Grad, 16.4 km from the center. On the map

Survived castles around Brac Island
♥   Castle 'Mirabella Fortress' , 13.8 km from the center. On the map

Colors of Brac Island in photos

Traditions and festivals in cities around Brac Island

Hvar Island
The local residents are neutrally-polite to foreigners. By the way, keep in mind that it is not common among the Croats to directly say ‘no’ to anyone. Most likely this results in non-punctuality and failures of the locals. If you have agreed with someone about something, it is quite possible that your partner will simply "forget" to fulfill his part of the deal. More ... Open »
Hvar
Sunny island of Hvar is one of the most prestigious resorts in Croatia. It attracts visitors with its unique nature and abundance of historical monuments. Lavender fascinating with its unique aroma is the national symbol of the island. Many travelers are eager to visit the island in June, as at this time lavender and pink oleanders begin to bloom. Extensive fields studded with ... Open »
Makarska
During the holiday, entertainment in Makarska continues almost all day, guests of the resort are invited to visit the traditional fish market, go fishing with local fishermen and try seafood dishes. In recent years, the festival has become so famous and popular that chefs from many European countries tend to visit it. Traditionally, local fishermen go fishing at night, and in ... Open »
Ciovo Island
Local women are pretty emancipated. They often take on the role of a leader in the family or become leaders at work. However, some of the fair sex are happy to take on the role of the mother and housewife. By the way, keep in mind that a girl traveling alone on Ciovo Island should expect a lot of attention, flirting, and compliments from the local men. It is customary to ... Open »
Korcula Island
The Croatians are Christians, and all the Catholic holidays are celebrated on a grand scale. Of course, the most large-scale festivities here are organized during Christmas and Easter but they also celebrate the Epiphany Day and the days of the holy patrons of the cities. In summer, a traditional Moreska is organized on Korcula every week. Once this show was performed ... Open »
Vis Island
Local women are quite emancipated in Croatia. Despite the fact that there are many women who left the career for the family, some of them are successful in their job. Most of the women dominate in their families, but men can hardly accept that. Local men, by the way, like to flirt with girls and women. They are even not embarrassed by the presence of their girlfriend. ... Open »

Cityguide on traditions, mentality and lifestyle of people in Brac Island. Learn the best periods to visit Brac Island to discover its soul - authentic festivals, events and celebrations. We will also reveal the interesting habits, attitude towards the world and to tourists in Brac Island.