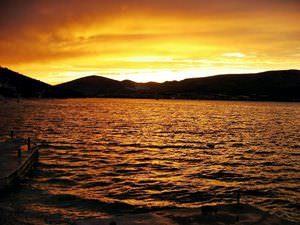 The Croats surprisingly combine a truly Mediterranean love for leisure and all sorts of life pleasures, common European politeness, and the Italian desire for a certain theatricality. The local residents are quite hospitable and usually respond easily to certain requests. Just keep in mind that if you agree that something will be done “tomorrow” or “a little later”, then there is a big chance that it will not be done at all, because, as you know, tomorrow never comes.
Shopping in Ciovo Island - main shopping streets, outlets and boutiques
Ciovo is not the best place to buy brand clothes and shoes. Of course, you can visit the shops in Trogir but in Split, which is located very close to the coast, there is a lot more choice …

Open
The Croats do not like to refuse directly, exactly like they do not want to inform the travelers about any restrictions. For example, if you tell a local that you plan to visit the protected area of ​​the reserve, where the entrance is limited, no one will tell you about the need to get a pass, for example. It is not accepted here. The locals are quite hospitable, but if you accidentally wander into someone’s private territory, you may face rudeness and aggression. In general, tourists are welcomed here, because they bring the main income to the locals. That is why everyone is quite polite, even though this politeness is not always sincere.
The Croats hate to be called “Yugoslavs” and they have a very negative attitude towards criticism of their country, which they love very much. Ancient traditions and customs are still preserved here. For example, during the wedding, the relatives of the groom put an apron and kerchief on the bride instead of the veil just like hundreds of years ago. This is a sign of her new status as a hostess. They love the national music, which history goes more than thirteen centuries back. The roots of the traditional ballads go back to Croatian folklore. The original instrument tambura is often used to play songs about the life of the village or about love. They also dance the folk dance Kolo under its accompaniment. Copyright www.orangesmile.com
Guide to Ciovo Island sightseeing - things to see and to visit
Croatian island of Ciovo located in Adriatic Sea is isolated from the mainland by narrow strait. It’s only 30 square kilometers; the land is inhabited with about five thousands of …

Open
Despite the fact that they do not wear national costumes since the 19th century, many Croats wear traditional attire during holidays as a sign of respect for their history. The majority of the population of the island is Catholic, therefore it is religious holidays that are most widely celebrated here – Easter, Christmas, Epiphany. Largely due to the Christian morals, in most local settlements, it is extremely indecent to walk with a naked torso or in a bathing suit. In some places it can be interpreted as an offense. 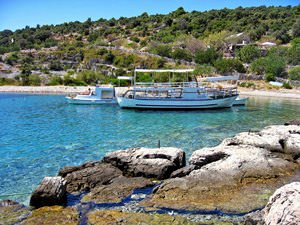 On Ciovo, no one is in a hurry. The locals are not really punctual and compulsory but if they really take up something, they do it, as a rule, rather quickly and well. On weekends, the Croats love to go out with their friends for a picnic somewhere on the beach or in the countryside. Usually this is not just a quiet gathering but a very noisy and fun pastime. In the evenings, you can see on the streets of the cities measurably strolling locals in nice outfits. This tradition is called Corzo and it came to Croatia straight from Italy.
Family holidays with kids in Ciovo Island. How to entertain your child, things to show to children.
Ciovo is an ideal place for family holidays. On the one hand, this is the island with the largest influx of tourists, with untouched nature, and kilometers of hiking trails leading a curious …

Open
Local women are pretty emancipated. They often take on the role of a leader in the family or become leaders at work. However, some of the fair sex are happy to take on the role of the mother and housewife. By the way, keep in mind that a girl traveling alone on Ciovo Island should expect a lot of attention, flirting, and compliments from the local men. It is customary to admire the beauty of any woman but it does not go past light flirting. The island is pretty safe but it's better to keep track of your belongings, especially in crowded places where the pickpockets operate.

This guide to traditions and festivals in Ciovo Island is protected by the copyright law. You can re-publish this content with mandatory attribution: direct and active hyperlink to www.orangesmile.com.
Ciovo Island - guide chapters 1 2 3 4 5 6 7 8 9

Cathedrals and basilicas near Ciovo Island
♥   Katedrala sv. Lovre, Trogir, 1.5 km from the center. On the map

Survived castles around Ciovo Island
♥   Castle 'Kamerlengo Castle' , 1.3 km from the center. On the map

Colors of Ciovo Island in photos

Traditions and festivals in cities around Ciovo Island

Brac Island
The inhabitants of Brac receive a considerable income from tourists and therefore treat the travelers very politely. Here you can get an answer to any question and agree on any service – just not for tomorrow ... By the way, keep in mind that during a conversation the Croats like to actively gesticulate, probably because of the long communication with the Italians. The ... Open »
Hvar
At the end of summer an amazing festival is held in Jelsa. It is dedicated to the main national drink, wine. Participants of the festival can taste the best local wines and visit one of the colorful fairs. One of the main features of the local cuisine is an abundance of interesting seafood dishes; this feature of the local culture is also reflected in national holidays. Each ... Open »
Hvar Island
The Croats generally prefer to enjoy everything they do. Some Italian habits, for example, evening walks in beautiful outfits are also common here. And, apparently, because of the influence of the Romans, the Croats like to actively gesticulate when talking, even if it's about some dry facts. By the way, remember that to call a local resident a Yugoslav is to offend him. ... Open »
Vis Island
One more interesting Croatian peculiarity is that locals will never tell tourists that they break rules or don’t follow some traditions or customs. If you are going to visit a reserved territory or private land, nobody will hint at the need for getting permission to enter there. That’s why you can be caught unawares when an angry owner of the private property will find ... Open »
Murter
For example, a taxi driver can talk on the phone while driving, but he will take you to the right place without any accidents. A hairdresser can discuss philosophical questions with her friend and watch series during the working process, but you will get a perfect hair cut. A shop assistant can talk with her friend in the workplace but he will sell the most suitable clothes. ... Open »
Makarska
Another interesting feature of the national character is the desire of local residents for cleanliness and order. You should not only keep the house clean but also care about streets and things around you, special attention is paid to restoring order on the coast. It is possible to leave garbage here only in special containers for collecting, large penalties are provided for ... Open »

Cityguide on traditions, mentality and lifestyle of people in Ciovo Island. Learn the best periods to visit Ciovo Island to discover its soul - authentic festivals, events and celebrations. We will also reveal the interesting habits, attitude towards the world and to tourists in Ciovo Island.