Sightseeing in Osijek - what to see. Complete travel guide 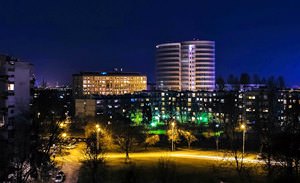 This town is located near Zagreb; it is a major economic center, which, besides all other attractions, is famous for its beauty and iconic places. Osijek is conditionally divided into three parts: Upper and Lower town, and the fortress Tvrda.
Family holidays with kids in Osijek. How to entertain your child, things to show to children.
Osijek is one of the largest cities in Croatia and an interesting holiday destination. And not only for adults - kids will also be happy to see its sights (Osijek Fortress, the Church of St …

Open
The Upper City will be the most interesting for tourists because all main attractions, popular shopping centers and restaurants are located there. The best shops can be found on the Kapucinska Street. This is the location of boutiques, offering apparel and accessories by popular European brands, as well as rich choice of perfumery and the largest grocery stores. The main square of the Upper City is called Trg Ante Starcevica. Here you can walk among historic buildings, which construction finished in the 19th century.
Narrow streets will lead you to the beautiful park located on the bank of the Drva River. On the territory of the park you will see a pedestrian bridge that allows moving from one bank to another. The Cathedral of St Peter and Paul is one of the main religious attractions. Its construction was completed in 1900; this is a beautiful building in the late Gothic style, and the height of one of the towers reaches 90 meters. Near the central square you can find one more beautiful building - the National Theatre. The building was completely renovated after it had been damaged during the war with Serbia. Copyright www.orangesmile.com
Cuisine of Osijek for gourmet with top restaurants and cafe
In Osijek, gourmets can enjoy traditional Croatian cuisine, as well as try some special dishes popular with locals. Most of the dishes in local restaurants are very hearty and typically …

Open
Many entertainment centers can be found around the Europska Avenue Square. It is the oldest library of the city. It was opened in 1905, and the Gallery of Fine Arts was founded a year later. The Holy Trinity Square is a great place for walks. Here you can see the monuments and sculptures of the past. In the eastern part of the square is the location of St. Michael Church. The Museum of Slavonia is located just nearby. 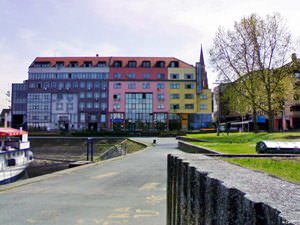 In Osijek, you will find a wonderful aquarium opened in 1955, which is a single complex with a zoo. The country's largest zoo has more than 650 animals belonging to more than one hundred different species. Aquarium visitors will discover a no less impressive collection of marine inhabitants, including many rare ones. This landmark is mainly aimed at travelers with children - the aquarium holds informative excursions for children of all ages.
Authentic traditions, festivals and lifestyle of Osijek inhabitants
Osijek is rich in beautiful traditions and customs, and local people do a lot of effort to preserve them. All major holidays and festivities taking place in the city are necessarily …

Open
Important religious monument of the city include the Franciscan church and Monastery of the Raising of the Holy Cross. There is no exact information on their foundation. According to some historical data, the monastery was founded in the reign of the Ottoman Empire. Until recently, the historical monastery had been an important pilgrimage center and housed many unique religious artifacts. The religious construction was badly damaged during the hostilities of 1991-1992. Some of the buildings were destroyed, and religious valuables were lost forever. The restoration of the monastery is not yet complete. Some of its priceless artifacts have been survived. 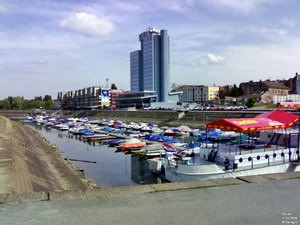 One of the most visited cultural facilities of the city is the Archaeological Museum established in 1877. The museum's founder is the famous merchant Franjo Sedlakovich. His private numismatic collection has formed the first exposition. Since 1946 the museum is housed in a renovated old citadel building. Today, its collection includes several thousand exhibits. Many of them were donated to the museum by wealthy citizens in the 19th century. The archaeological museum has managed to fully preserve its priceless collection of antiquities in the war years.
Excursion over cultural sights of Osijek - 'must visit' points of interest
Osijek has several areas concentrating the largest number of historical and cultural attractions. In Gornji grad (Upper Town), you can admire beautiful old buildings, which have remained …

Open
One of the most beautiful places in the city is a park bearing the name of King Petar Krešimir IV. The magnificent park was founded at the beginning of the 20th century. Today here you can see wonderful century-old trees as well as enjoy rare plants. In the summer, the park is always decorated with chic flower beds and landscape compositions; it has long been considered an outstanding landmark of national importance. In summer, guests of Osijek are equally interested in walking through the charming historic King Tomislav Park founded about a hundred years ago.

This guide to iconic landmarks and sights of Osijek is protected by the copyright law. You can re-publish this content with mandatory attribution: direct and active hyperlink to www.orangesmile.com.
Osijek - guide chapters 1 2 3 4 5 6 7 8

City tours, excursions and tickets in Osijek and surroundings

Survived castles around Osijek
♥   Castle 'Prandau-Normann Castle' , 24.8 km from the center. On the map

National and city parks around Osijek
♥   Forest Park 'Jankovac' , 78.5 km from the center. On the map

Search touristic sites on the map of Osijek

Sightseeing in regions nearby Osijek

Pecs
Pecs was finally liberated from the Turkish rule in 1686. Soon after that, the city joined the Habsburg Empire. This is when Slavs and Germans started settling in the area. The Serbian Army captured Pecs during World War I. The decade after the end of World War I was crucial for the destiny of the whole country. The status of the city was questionable for a long time but Pecs ... Open »
Novi Sad
People in other parts of the world found out about the beautiful Serbian city. First tourists were arriving in Novi Sad, and they gave the city an interesting informal name – the Athens of Serbia. The period between 1848 and 1849 was very difficult for the city. Revolutions were shaking Serbia and changing the usual lifestyle of its people. Almost all buildings in Novi Sad ... Open »
Banja Luka
Now the main sight of Banja Luka is an ancient fortress built on the shore of Vrbas. The Temple of Christ the Savior has been opened after renovation not long ago, the same applies to the President Palace. However, architectural buildings are not the only value of this resort. It is famous by its natural sulfurous springs, around which are built modern balneological centers ... Open »
Belgrade
If you visit Belgrade on summer, then you will definitely find visiting Ada Ciganlija district very appealing. Here are located the best recreation zone of the city, you can make a picnic in a shadowy park, swim and sunbathe on a beach, or take a walk in one of multiple parks. One more interesting action is driving on the suburbs on a retro train. All coaches are decorated in ... Open »
Kecskemet
The fundamental part of the City Hall features classy traits of Renaissance architecture. An interesting ceramic décor adorns the façade of the building. The old clock on the front side of the building is, perhaps, the most eye-catching element of the City Hall. Why is the clock so popular? First of all, the clock is decorated with several bells that make a pleasant sound ... Open »
Jajce
The Pliva Waterfall is situated in a place where the river Pliva meets the river Vrbas. The waterfall is more than twenty meters high. Actually, this waterfall wasn’t here all the time. Initially, the river is this area had a tuff bottom that was prone to erosion. The river was slowly cutting through the rock year after year until the rocks fell down and formed a ... Open »

All about Osijek, Croatia - sightseeings, attractions, touristic spots, architecture, history, culture and cuisine. Prepare your trip together with OrangeSmile.com - find out the 'must see' things in Osijek, which places to visit, which excursions to take, where the breathtaking views are waiting for you. Planning your trip with this travel guide will help your to get the most out of Osijek in few days.