Sightseeing in Rijeka - what to see. Complete travel guide 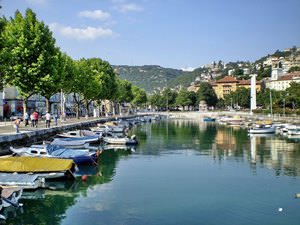 The largest port city in Croatia and a major transportation center, Rijeka is also a popular tourist area.

The central part of the city, which is called Korzo, is the most notable in Rijeka. There is absolutely no transport here and all streets are pedestrians only. During your walk in this city you will be able to see most popular shops and restaurants, visit new movie theaters, or simply relax in a park. One of the most colorful markets of the city is also located here. Visitors usually adore traditional gifts of Rijeka, which the locals call moric. These are small items depicting heads of Moor made of silver. These may be small brooches, pendants or earrings. Many interesting legends are associated with this kind of souvenir and every trader or a local resident will gladly tell you a couple of them.
Extraordinary weekend in Rijeka - unusual places, services and attractions for travel gourmet
…

Open
There are also several historical attractions in the city. They are mostly located in the so-called Old Town. The City Tower, which has been standing here since ancient times, is the symbolic entrance to the Old Town. It is decorated with images of the great Austrian Emperors Charles VI and Leopold I. Don’t forget to visit Trsat Castle as this is one of the most significant architectural complexes of Rijeka. The castle is located on one of the highest hills of the city. After the excursion in the castle you can go to the observation area and enjoy the beautiful panorama of the city. The construction of the castle took place in the 13th century. In order to reach the entrance to the castle from the foot of the hill, visitors will need to pass 538 steps of steep stairs. Those tourists, who wish to make the excursion more comfortable, can use a funicular lift. Besides the beautiful castle, which is built in the late Gothic style, the hill is the location of Church of Trsat Mother of God and Franciscan Monastery. These are the most important religious sights of Rijeka.
In the neighbourhood is located Risnjak National Park which is considered one of the most beautiful in Croatia. The park was founded in 1953 and initially had an area of about 30 sq. km. Nowadays, it's twice as large. They organize walking tours there, during which you can admire the majestic oaks, plane trees, and see rare Mediterranean plants. The wildlife of the reserve is very rich. A small hotel and restaurant is open on its territory for tourists. Copyright www.orangesmile.com
Extraordinary weekend in Rijeka - unusual places, services and attractions for travel gourmet
…

Open
On one of the streets of the historic district is a beautiful St. Vitus Cathedral, whose history originates in 1638. Its construction began on the site of the destroyed old church and lasted more than a hundred years. The rich design of the cathedral was greatly influenced by the Countess Ursula Tankhausen. She made her own investments in the construction. Now, visitors can admire the beautiful altar of the late 17th century, skilful sculptures and an ancient crucifix of the 13th century. Since the 18th century, the appearance of the church remained unchanged. 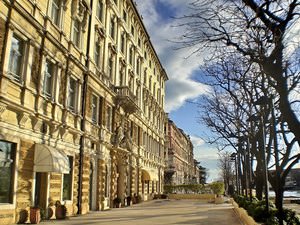 You can admire exciting historical artifacts at the Rijeka City Museum. Its opening was held relatively recently, in 1994. The museum stores historical documents and exhibits devoted to various periods of its development. Of special value is a collection of antique jewelry. All these ornaments once belonged to famous townspeople. A collection of old theatrical costumes, which were previously used in the local theater is interesting, as well.
Extraordinary weekend in Rijeka - unusual places, services and attractions for travel gourmet
…

Open
The oldest cultural institution in the city is the Natural History Museum. It was founded in 1876. However, the museum became available for public access much later, in 1945. The museum occupies a beautiful old mansion. A significant part of its exposition is dedicated to the inhabitants of the Adriatic Sea, as well as its coast. In a separate room, paleontological artifacts discovered during exploration of local caves are presented. Several museum halls are allocated for temporary exhibitions. A small aquarium and a zoo operate on its territory.

This guide to iconic landmarks and sights of Rijeka is protected by the copyright law. You can re-publish this content with mandatory attribution: direct and active hyperlink to www.orangesmile.com.

Survived castles around Rijeka
♥   Castle 'Trsat Castle' , 3.8 km from the center. On the map

National and city parks around Rijeka
♥   National Park 'Risnjak' , 20.6 km from the center. On the map

♥   Regional Park 'Regijski park Škocjanske jame' , 48.2 km from the center. On the map

Sights around Rijeka from our guide 'Extreme places on Earth'

Distance from Rijeka center - 68.2 km.
The reconstruction has been supervised by the world-famous architect Pietro Nobile. By 1932 the amphitheater has been fully prepared for large-scale events. Currently, the theater has 5000 seats. Visitors will have an opportunity to diversify the rest with a lot of interesting events. They can stroll through the underground rooms of the amphitheater, as well as look into the archaeological museum located on its territory. During the reconstruction of the arena, scientists discovered many unique artifacts that make up the museum's exposition. … Read further

Search touristic sites on the map of Rijeka

Sightseeing in regions nearby Rijeka

Opatija
We simply cannot fail to mention high level of service and excellent modern tourist resorts. The choice of hotels in Opatija is truly great. Here you will find either historic buildings or new constructions. However, they all, without any exception, are equipped according to the latest technologies and meet the needs of most hard-to-please guests. In the coastal zone you will ... Open »
Krk
The cultural and historical center of the island is its capital, the city of Krk. At the center of the city there is Vela Plaza, which is surrounded by tall hills; curious ones may see houses of locals on their slopes. The city was the Roman Forum in the Middle Ages. The council, town hall and a beautiful stone well were built in that era. Among the religious sites the ... Open »
Cres
One of the island's main historical values are the so-called written records - slabs and boulders, with ancient Glagolitic inscriptions on them. The most famous of them is the Boulder plate, which has an 11th-century-old inscription. A lot of similar monuments have been found in the immediate vicinity of the capital, as well as in the ancient village of Boulder. Nowadays, ... Open »
Istria
Resorts of Istria are the most popular and visited tourist regions in Croatia. In addition to fine hotels, there are many sanatoriums and health centers here. Gourmets will appreciate a variety of restaurants and local dishes including roasted lamb, exotic seafood and special sheep cheese, which is must-try to every connoisseur of fine dining. Every cafe and restaurant offers ... Open »
Koper
Do you want to see how Slovenian wine is produced? For this purpose, visit Vinakoper that is famous across the country. This winery uses the grapes cultivated in the Koper region. Only the finest grapes are selected, and this is the reason why Vinakoper produces one of the best wines in Slovenia. The total area of the vineyards is almost six hundred hectares. The longest vine ... Open »
Trieste
Unification of Italy Square is the location of several attractions. Here you will see the local town hall, the building of the exchange and Church of St. Anthony. All these buildings are constructed in different styles: Renaissance, Baroque and Classicism. They look quite strange together, as if they have been moved to this square from three different countries. Several sights ... Open »

All about Rijeka, Croatia - sightseeings, attractions, touristic spots, architecture, history, culture and cuisine. Prepare your trip together with OrangeSmile.com - find out the 'must see' things in Rijeka, which places to visit, which excursions to take, where the breathtaking views are waiting for you. Planning your trip with this travel guide will help your to get the most out of Rijeka in few days.