Sightseeing in Vis Island - what to see. Complete travel guide 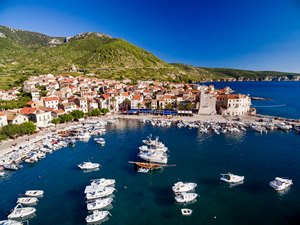 The Croatian island of Vis has become open for visitors quite recently. It has the greatest distance from the mainland among Adriatic islands, which makes this beautiful site even more attractive in eyes of tourists. Fans of scenic beauty and excursion tourism would like it. The first mention of the island dates back to the 4th century AD; it has begun to attract travelers long time ago. In memory of the past times the island holds a lot of interesting architectural sites, each of which has unique history.
Shopping in Vis Island - main shopping streets, outlets and boutiques
A copy of the Vučedol Dove is an original Croatian souvenir. It is a copy of a vessel which was initially used in traditional ceremonies and this symbol reminds Croats about their past. Be …

Open
The capital of the island is the town of Vis. That’s a charming old town with unique atmosphere and unhurried way of life. Hereditary fishermen and winemakers, the true masters of their craft, live there. The main historical symbol of the city is the Franciscan Monastery built in the 16th century. The monastery was built on the ruins of the ancient Roman Forum, its location is one of the most iconic of the island. In addition to the old monastery several beautiful churches built in the 16th - 17th centuries have survived in the capital. There is also an important archaeological site nearby. Everybody can see the ruins of the ancient city of Issa founded by early Greeks. The surviving part of the fortifications erected when the island of Vis was ruled by Venice can be seen next to the capital.
Another attractive sight is the town of Komiza located in the western part of the island. That’s the most distant island city of Croatia. The town features the main natural attraction of the island, Mount Hum. The height of the mountain is more than 580 meters; climbing its top is popular entertainment of Vis guests. Copyright www.orangesmile.com
Family holidays with kids in Vis Island. How to entertain your child, things to show to children.
Vis Island is extremely rich with various historical sites which will be interesting even for an incurious child. The island was settled in the 4th century BC. It was inhabited by Romans, …

Open
There is an amazing historic symbol, Venetian Tower, in the town. That’s the only surviving part of a larger defensive structure. Today the ancient tower is home to the amazing museum of fishing. The fact is that almost the entire population of Komiza specializes in fishing, so locals know everything about this type of harvesting. There are also interesting religious sites, including the Church of Our Lady of Pirates. It was built in the 16th century; the main decoration of the church is the handmade altar built in Baroque style. One of the oldest buildings is the Collegiate Church of the 13th century; the church of St. Nicholas would be interesting to see too. 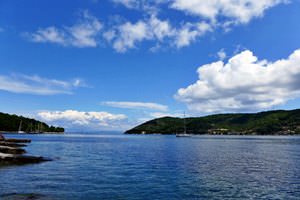 In the immediate vicinity of Komiza there is the small Bishevo Island, a visit to which should also be included in the excursion program. This tiny island is home to one of the most amazing and attractive sights, Blue caves. Their name fully describes the main feature; all items found in the cave are filled with blue light. Tourists can enjoy numerous exciting excursions along scenic places, during which they can see other, no less important historical and natural attractions of Vis.
Cuisine of Vis Island for gourmet with top restaurants and cafe
If you want to get to know to national Croatian cuisine, you should definitely miss a couple of meals at your hotel. Otherwise, you can’t understand the culture of the country. You can …

Open
Vis is famous as a popular beach recreation destination. Some of the best beaches of the Adriatic coast are located exactly in this resort. Zaglav is one of the most famous and crowded beaches of the region, but despite that fact is has managed to retain its original natural beauty. Visitors of this beach will be charmed by its amazing nature, but that is not the only advantage as the beach has a well-developed infrastructure. Stoncica Beach is located nearby. The beach is within a short distance of the settlement with the same name. This is a shallow sandy beach that is very comfortable even for those who cannot swim. Tourists with children make up a significant part of visitors, but fans of active pastime and various sports are also not rare. 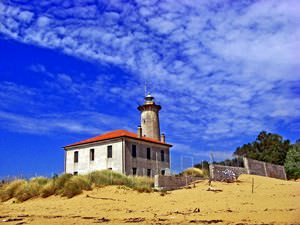 Stoncica is an attractive fishing village. A significant part of the local population still has fishing as their main occupation. For a small fee, travelers can rent a boat and everything needed for fishing or simply join fishermen and help them. Teplus is one of the warmest and most shallow beaches on the island. It is considered an ideal destination for travelers with small children. If peaceful and calm places with few people are your choice, Grandovac Beach is an excellent destination. This wonderful beach is located in the bay with the same name.

This guide to iconic landmarks and sights of Vis Island is protected by the copyright law. You can re-publish this content with mandatory attribution: direct and active hyperlink to www.orangesmile.com.
Vis Island - guide chapters 1 2 3 4 5 6 7 8 9

Survived castles around Vis Island
♥   Castle 'Hvar Fortress' , 28 km from the center. On the map

National and city parks around Vis Island
♥   Forest Park 'Ošjak (Vela Luka)' , 45.4 km from the center. On the map

Search touristic sites on the map of Vis Island

Sightseeing in regions nearby Vis Island

Hvar
Beaches of Hvar are ideal for underwater hunting. The bottom here is rocky and is covered with algae, so there is a lot of fish here in any season of a year. A large pine forest that stretches high into the mountains is located next to the main beach of the city. The foothill area is the location of the local botanical garden, which attracts tourists from neighboring islands ... Open »
Hvar Island
Hvar central square located in front of the cathedral is worth extra attention. Here is one of the oldest wells in town that is an honored historical landmark for local citizens. That’s because once the island had fresh water shortage, thus citizens paid deference to wells. Another important historical landmark is the old fortress located on top of Saint Nikolai hill. It has ... Open »
Ciovo Island
The biggest building is the The St. Lawrence Cathedral. Its construction began in 13th century, but was finished only 300 years later. Along with impressive exterior, the cathedral is interesting for its rich interior decorations. The artistically carved portal made in 1240 is the main decoration of the cathedral. Northern Gate built back in 17th century is the main entrance ... Open »
Brac Island
Among the religious attractions of Skrip, the Sveti Duh Chapel is notable, as well as the fine Church of St. Helena does. Serinic palace is the outstanding architectural landmark; several hundred years it has belonged to the descendants of a noble family. One of the most important natural monuments is Vidova Gora, the highest point of the Adriatic archipelago. The mountain is ... Open »
Split
This city was founded in the 3rd century by the order of the Roman Emperor Diocletian. For a long time this place remained a sovereign area, then Split was considered a part of Austria, and only after this it was annexed to Croatia. Modern Split is a major historical and cultural center, which attracts thousands of visitors each year and is ready to show its sights 12 months a ... Open »
Korcula Island
One of the most spectacular among them is the Cathedral of St. Mark; it had been built in the early 14th century. It’s noteworthy that the cathedral has being rebuilt and updated continuously over the next five centuries. Religious sites, which visitors can admire today, haven’t changed their appearance since 1806. The oldest structures on the island are walls surrounding ... Open »

All about Vis Island, Croatia - sightseeings, attractions, touristic spots, architecture, history, culture and cuisine. Prepare your trip together with OrangeSmile.com - find out the 'must see' things in Vis Island, which places to visit, which excursions to take, where the breathtaking views are waiting for you. Planning your trip with this travel guide will help your to get the most out of Vis Island in few days.