Family trip to Brac Island with children. Ideas on where to go with your child 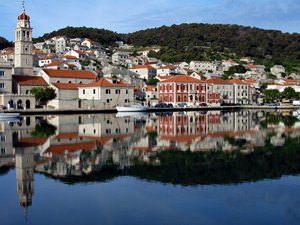 Brac island is one of the largest among the islands of Croatia. Here, on 400 square kilometers are both untouched natural corners, as well as architectural monuments of the old days. Brac will be appealing to both the quiet children, who appreciate the opportunity to explore the miles of clean, clear beaches and bathe in the azure water without bustle, and to the noisy fidgets seeking to learn something new every day. For small sportsmen, there are football fields and tennis courts, and kids will like small playgrounds and mini-parks with attractions that can be found on many beaches of the island.
Excursion over cultural sights of Brac Island - 'must visit' points of interest
The Brac island was inhabited in Antiquity. You can find a confirmation of this when going to the Skrip village. Here you can see not only agricultural buildings of different centuries and …

Open
Take your child to a beach with the small pebbles called "Golden Cape". It is interesting first of all for the unique cape, which enters the water for almost 300 meters and changes its outlines due to the direction of the wind and the sea level. The cape is decorated with a magnificent pine grove. At Brac, the child will like not only to swim in clean water but also to study the underwater world with fins and a mask, doing snorkeling. If you like fishing, then it's worth taking a child with you – catching fish in the open sea is an adventure in itself, and will not leave anyone indifferent.
Young history fans and just curious children will like in the village of Skrip. This is the oldest settlement on the island, now turned into a real open-air museum. Here you can see not only the old houses and agricultural buildings but also the ruins of the fortress, built in Antiquity by the ancient Romans. In the village, you can see the village buildings of the later eras. Do not miss the opportunity to show your child the artifacts of different cultures and take him to the Archaeological Museum, which is located right here. Copyright www.orangesmile.com
Your active city break in Brac Island. Attractions, recreation and entertainment - best places to spend your day and night here
Every year a large number of divers from different countries come to Brac. The popularity of the island among the divers is easy to explain: there are sets for experienced underwater …

Open
Is your child interested in art? Then go to Supetar, where the Cathedral of the Annunciation is located. The child will like not only the old building itself but also a rich collection of art objects from the times of domination of the Venetian Republic on the island. Inside the cathedral, there is also an old mosaic canvas. Children of different age will be interested in the "Cave of the Dragon", which is located near the city of Bol. Inside the cave, there were preserved bas-reliefs both on religious themes, and also the ones depicting dragons and other mythical creatures. Children can be interested in the Blatz Desert, a complex of structures cut down in the Vidova Gora. The architectural solutions will spur the imagination of the kids, and older children can enjoy a lively history, so unlike the dry paragraphs of textbooks. 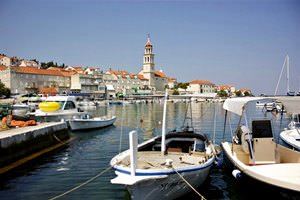 A curious child will surely like the idea of visiting a quarry near Pucisca. It produces "Brac limestone", a stone of absolutely white color, which was used to decorate many famous buildings, for example, the White House in Washington. Climb with the child on the Vidova Gora. The height is small and will be easy even for a baby, and the magnificent view that opens from the top is simply unforgettable.
Top hotels in Brac Island for business trip or short vacation
Splendid accommodation places represent the pride of Brac. Local hotels would pleasantly surprise even the most demanding guests. Elaphusa hotel is notable among resorts, as it has the …

Open
Young naturalists should go to the natural park near Sutivan. It is here that you can find a zoo, although not very large, but with lots of animals. There are also several sports grounds, where your kid can play with the local children and other travelers almost around the clock. It's worth spending a day or two just walking around Brac and enjoying the local nature, fortunately, the climate here is very mild. Take into account your and your child’s physical capabilities, store on water and sandwiches – and go to explore the virgin nature of one of Croatia's most beautiful islands!

This guide to family holidays in Brac Island is protected by the copyright law. You can re-publish this content with mandatory attribution: direct and active hyperlink to www.orangesmile.com.
Brac Island - guide chapters 1 2 3 4 5 6 7 8

Distance from Brac Island center - 62.5 km.
In Bosnia and Herzegovina there is the ancient town of Livno. The first settlement there was founded by the Dalmatians more than 4 000 years ago. Subsequently, these places were inhabited by the Romans. Today, the town is the centre of the eponymous community. The population is more than 10 000 people. The first mention of Livno dates back to the end of the 9th century. The town reached its heyday during the Ottoman rule. … Read further

Interesting places to visit with children around Brac Island

Hvar Island
In general, everything on the island is made for the long walks. Lay the route so that the child does not get bored and tired – and start enjoying the beauties of Hvar., many consider the capital of the island – a city with the same name to be the oldest settlement and the most beautiful one here. Settled before our era, surrounded by powerful walls of the 13th century, ... Open »
Makarska
A great place to walk is the Bay of Makarska. Many consider this the best place to stay in Middle Dalmatia. Majestic mountains, azure water, fresh sea air-all this attracts visitors to take a walk along the Bay. However, a walk through Park Prirode Biokovo will also be a great idea. The Park is mountainous, and it provides the most wonderful view of the picturesque mountains. ... Open »
Ciovo Island
In Trogir, you can show your child the Romanesque Church of John the Baptist, and the Dominican gothic church on the embankment, and the neo-Gothic Cipiko palace, and the town hall, and the fragments of the ancient stone wall that once surrounded the city. There are many beautiful historical monuments outside the ancient city: the Dominican monastery of the Holy Cross, built ... Open »
Korcula Island
Be sure to take your child with you for a walk around the Korcula city. There are many remained buildings of the 13th-14th centuries, most of which are concentrated in the Old Town. The child is unlikely to pass by the eight powerful towers, which are still located there, where once was a strong fortress wall. Most of the architectural monuments are located on the Cathedral ... Open »
Vis Island
You can try horse riding on Komiža. Horses are trained and they will not hurt you and your children. If your child will love these animals, you can take an individual horse riding class. The instructors will tell about all the subtleties of horse riding. If a child likes to walk, there are several routes of different length in Komiža. Be sure to take him to the local ... Open »
Murter
Murter is a nice place for long walks with your child. There are long routes for teenagers and short paths for walks with small children. Be sure to climb Raduč Mount. Its height is only 120 meters, but it provides amazing views of the capital of the island and the rest of the island. Even small children can reach the peak of the mount. You can also go on a sightseeing tour ... Open »

Guide to sightseeing and entertainment for children in Brac Island - parks, attractions, museums, zoos, water-parks. All fascinating and educational sites of Brac Island, which are must visit and see for your child. Find out the best discovery routes and places for kids (local theaters, exhibitions and museums), where you can spend quality time together. Brac Island for families with children.