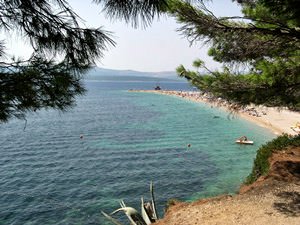 Every year a large number of divers from different countries come to Brac. The popularity of the island among the divers is easy to explain: there are sets for experienced underwater swimmers and for the beginners, the price of equipment rental is not too high and there is a large number of various diving centers. The underwater world of the water area of ​​the island is very rich, here you can see more than three hundred different representatives of the Mediterranean marine world. However, in addition to the observation of the flora and fauna living under the water, you can admire the stunning scenery.
Authentic traditions, festivals and lifestyle of Brac Island inhabitants
The Croatians surprisingly combined the features of the Slavs, Romans, Turks, and many others, for centuries being close to completely different neighbors in terms of culture and perception …

Open
For example, Lucice cave, which can be found on the south-eastern side of the island, has a spacious camera at a depth of 15 meters and two tunnel sleeves that drop to 30 and 44 meters, respectively. Drasine Cave is very shallow, its maximum depth is 8 meters, but here you can see the remains of a mosaic of the of Ancient Rome. Dove Cave is also a popular diving place. Many divers advise going for a dip on the neighboring islands of Hvar and Vis. You can book a place for a trip there in almost any dive school in Brac.
Due to the good visibility, one can also observe the underwater world, using a common mask with a tube. Brac is an excellent place for snorkelers. Thanks to the long coastline, you can always find a secluded beach and swim for fun. If during the stay on the island you feel the craving for diving, then sign up at any of the local diving schools. Here you can easily get an international diving license. Copyright www.orangesmile.com
Excursion over cultural sights of Brac Island - 'must visit' points of interest
The Brac island was inhabited in Antiquity. You can find a confirmation of this when going to the Skrip village. Here you can see not only agricultural buildings of different centuries and …

Open
The island of Brač is also suitable for pedestrian and bicycle enthusiasts. A bicycle can be rented here in every major city or town. The most beautiful routes will lead you to the Vidova Mountain, but it is worth taking into account that the way up there is not short and rather heavy. Therefore, if you have not ridden mountain bikes a lot before, then first you should go from Sumartin via Selca to Novo Selo and back to Sumartin. This is the easiest of the local routes – only 16 kilometers on a relatively flat terrain. However, the traffic along the roads of Brac is not very intense, so you can safely go on a bicycle wherever you want. 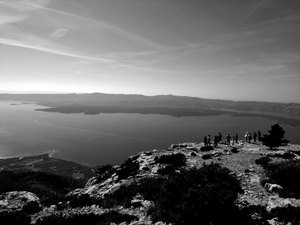 It is worth taking a little time to explore the island on foot. You can go for a day to wander among the forests, fields, and olive groves yourself, and you can go on any of the tourist routes along with other travelers. The most popular routes usually pass from Murvitsa to the Dragon Cave, from Nerezica to the Blaca Desert and from the town of Bol to Vidova Mountain. Vidova Mountain is worth a visit, even if you are absolutely not ready to climb it on your own two feet, because of the magnificent view from the top. By car, by bike, on foot or by public transport it is worth to get to the Golden Cape, outstanding in the sea for 300 meters and changing its shape and size depending on the wind. Fans of climbing should go to the rock Lozisca in the north-west of Brac.
Top hotels in Brac Island for business trip or short vacation
Splendid accommodation places represent the pride of Brac. Local hotels would pleasantly surprise even the most demanding guests. Elaphusa hotel is notable among resorts, as it has the …

Open
Be sure to visit the quarries near Pucisca, where white limestone is mined. This stone is tiling the White House in the United States. In the quarries, you can try on the worker's robe and get acquainted with all the subtleties of stone mining. If you love football or play tennis, then you will find a large number of sites for practicing these sports in Brac. The most active nightlife on the island is in Bol. Among the popular party places, Varadero bar and the Faces club can be mentioned. All year round there is a disco in the hotel Elaphusa. In Supetar, Fenix is rightly considered one of the best nightclubs.

This guide on active recreation and leisure in Brac Island is protected by the copyright law. You can re-publish this content with mandatory attribution: direct and active hyperlink to www.orangesmile.com.
Brac Island - guide chapters 1 2 3 4 5 6 7 8

National and city parks around Brac Island
♥   Forest Park 'Marjan' , 29.3 km from the center. On the map

Sites around Brac Island from our surveys on extreme Earth places

Distance from Brac Island center - 62.5 km.
During that period, the most magnificent palaces were built  in the town. Now you can see several surviving mosques and other historical monuments. The town is very convenient to explore on foot. It has both the modern area with numerous shops and restaurants, and a picturesque historic district, which became a favorite place for tourists to walk. The city has modern hotels; the most prestigious among them are located on the waterfront of the River Bistrica. … Read further

Hvar Island
Fans of hiking will have a lot to see on Hvar. A lot of routes connect towns and villages with each other, passing through beautiful forests and fields. Hvar is especially beautiful in June, when lavender blooms, growing throughout the island in extraordinary abundance. During hiking, be sure to climb the walls of the Venetian fortress Spagnola in Hvar and the French fort on ... Open »
Hvar
In addition to a relaxing holiday on the coast, Hvar offers its visitors ample opportunities for outdoor activities. In the capital there is the great diving center, Viking; it has its own diving school. It will be interesting to beginners who can be taught the basics of diving in just a couple of lessons and for experienced divers who can rent equipment and book a trip to the ... Open »
Split
A nice addition to vacation will be a walk around local shops and markets; it’s worth to look for souvenirs in the Ribica store. Colorful postcards depicting local attractions, graceful statues and interesting books about the city in different languages ​​represent just a small part of the range of this attractive store. It’s better to look for clothes in the Anita ... Open »
Makarska
Those who are keen on gambling will be also surprised here, they can visit the casino Arena located at the resort. It is one of the largest in the region, this casino has classic gaming tables, roulette, as well as dozens of types of slot machines. Those who do not have a special craving for gambling will also love this place, the casino has a great bar and entertainment ... Open »
Ciovo Island
Be sure to go on the mainland from Ciovo for at least a day. Legendary Split is only 20 kilometers from the island, and you can get there from Trogir by a regular bus. It is worth allocating time for sea voyages. On the boat, you can look at Ciovo from an unusual side, and get to many small beaches that are difficult to reach from the shore, and sail to any of the ... Open »
Korcula Island
The beaches of the island are mostly stony, like the entire Croatian coast. Even on the beaches that are located close to the capital as Zakrjan, Mandrac, Ispod Duvana, and in the bay of Luka Korculanska there are usually not too many people even in the hot season, especially in the morning. Luka Korculanska, by the way, is one of the few sandy beaches of the island. In the ... Open »

Guide to your best city break in Brac Island - popular places for recreation and leisure. Things to do during the day in Brac Island - attractions, parks, beaches, aquaparks, racing tracks, biking trails or waterski. Recommendations (with addresses, phone numbers and links) where to spend your time in the evening (bars, discos, clubs, etc.). We share some good ideas and the question 'What to do in Brac Island?' disappears immediately.