Sightseeing in Tours - what to see. Complete travel guide 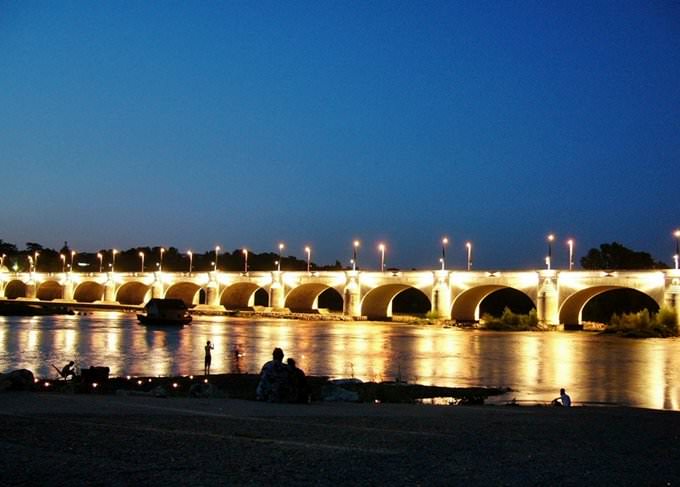 This picturesque city is situated on the bank of the Laura River. Due to a large number of cultural and historical monuments Tours has won the honorary title of City of History and Art.

Start your acquaintance with the cultural heritage of the city from visiting its main attraction - Saint-Gasen Cathedral, which construction started in the 13th century and lasted for more than 300 years. As a result, this building is a unique fusion of different architectural trends. Colbert Street is the historical center of the city. Here you can see numerous old wooden houses, which once have been occupied by townspeople. National Conservatory and Museum of Art are also located here.
Excursion over cultural sights of Tours - 'must visit' points of interest
Tours is of great interest to fans of sightseeing, as many ancient and medieval sights have survived in the city. The main symbol of Tours is the beautiful Cathedrale Saint-Gatien, the …

Open
Archbishop Palace is located not far away from the city's main attraction. The palace is surrounded by a large garden. Besides observing beautiful halls of the palace don’t forget to pay attention to Lebanon cedar, which height estimates 33 meters. The tree was planted 200 years ago immediately after the construction of the Palace.
Plumereau Square is known as the noisiest part of the city. Several very nice restaurants are located around it. Here you can always see numerous tourists. Besides gourmet French cuisine people are attracted by a beautiful stately building - Basilica of San Martin. The Basilica has become the witness of important historical events, many of which have been captured in the frescoes that decorate its halls. Copyright www.orangesmile.com
Excursion over cultural sights of Tours - 'must visit' points of interest
Tours is of great interest to fans of sightseeing, as many ancient and medieval sights have survived in the city. The main symbol of Tours is the beautiful Cathedrale Saint-Gatien, the …

Open
Tours is also a major university center, where are trained representatives of various countries. Such large number of young people couldn’t have reflected on the life of the city. There are many entertainment venues, cafes and cinemas here. Such a wide choice of entertainments will surely please any traveler. The rest here will leave numerous positive impressions. 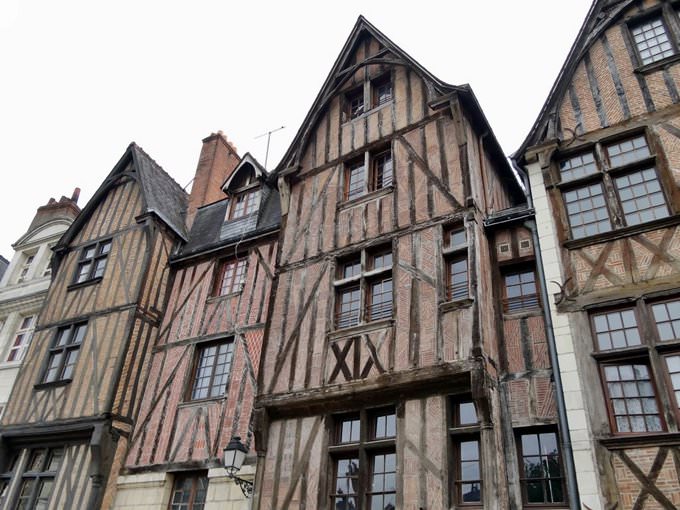 The tower of Charlemagne is a really interesting historical monument. It is the only remains of the old abbey, which establishment took place in the 5th century. In the early 19th century, there was not a trace left of the abbey building. Only the tower, which the locals used as an ammunition depot, left. In the middle of the 19th century, clean water resources were stored there. It's a miracle the architectural monument managed to survive to this day. In 1927, the city was hit by the massive earthquake, and the tower partially collapsed. Local residents have made every effort to restore the tower. Currently, there're interesting guided tours there.
Excursion over cultural sights of Tours - 'must visit' points of interest
Tours is of great interest to fans of sightseeing, as many ancient and medieval sights have survived in the city. The main symbol of Tours is the beautiful Cathedrale Saint-Gatien, the …

Open
The beautiful abbey of Marmieu was founded in the 4th century. St. Martin of Tours was its founder. Locals consider him the patron saint of winemaking. The ancient abbey is an outstanding religious monument for them. The old monastery was badly damaged in the 9th century during the invasion of the Normans. However, it was completely restored. Already in the 11th century, it was considered one of the richest monasteries in Europe. The complex has been partially preserved up to now and includes several old buildings, towers, and part of the fortress wall. Nearby, is the park of St. Radegonde, the most fabulous in the city. 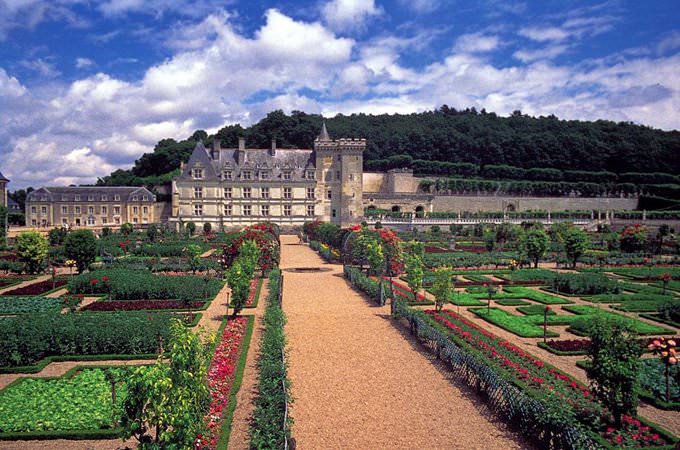 The Museum of Fine Arts is a popular tourist object. It occupies a beautiful Episcopal Palace. The museum contains a rich collection of works by famous European painters and will be interesting to amateurs of Delacroix, Rubens, Degas, and Rembrandt. The opening of the museum in the palace took place in 1910. Previously it used to be a school, a warehouse, and a theater.
Excursion over cultural sights of Tours - 'must visit' points of interest
Tours is of great interest to fans of sightseeing, as many ancient and medieval sights have survived in the city. The main symbol of Tours is the beautiful Cathedrale Saint-Gatien, the …

Open
Some beautiful castles survived in and around the city. Plessis-les-Tours is the most gorgeous and interesting one. This castle was built as a residence of King Louis XI. After the Great French Revolution, it has been privately owned for many years. One of its former owners dismantled the construction almost completely, but many nice rooms still survived. There is a room where Louis XI spent the last minutes of his life. Yet, visitors can see the old royal prison. The historic building is surrounded by a picturesque garden. In recent years, the castle is often used for theater performances and festivals.

This guide to iconic landmarks and sights of Tours is protected by the copyright law. You can re-publish this content with mandatory attribution: direct and active hyperlink to www.orangesmile.com.

Survived castles around Tours
♥   Castle 'Château de Tours' Indre-et-Loire, 2.1 km from the center. On the map

National and city parks around Tours
♥   Regional Nature Park 'Loire-Anjou-Touraine' , 50.8 km from the center. On the map

Art galleries in Tours and around
♥   Art museum 'Musée des Beaux-Arts' Tours, 1.5 km from the center. On the map

Sights around Tours from our guide 'Extreme places on Earth' Distance from Tours center - 67.8 km.
Among the other interesting architectural features, the original spiral staircase, which has two entrances, must be mentioned. According to one of the versions, this architectural element was created by Leonardo da Vinci. In 1930 Castle Chambord was declared a national cultural heritage. Today, all interested parties can look at the interior of the wonderful castle. The guests of the castle can visit the apartments of Francis I, as well as his study. In some rooms the interesting antique collections are presented, among them the collection of the tiny cannons collected by the Duke of Bordeaux. The castle also contains an interesting picture gallery. The room of Count de Chambord is considered to be the most magnificent in the whole palace. … Read further Distance from Tours center - 49.4 km.
Today, the magnificent castle on the banks of the Loire River is a site of elite appartements. In the old orangery, the museum, dedicated to the life and work of the great actor, was opened. Although the visitors of the castle can not fully visit it, their most important and symbolic place is at their disposal. Since 1975, Louis de Funès lived almost constantly in the castle and left it only for recordings. He spent most of his time in his orangery. In the museum is presented the large collection of the old photos and pictures, as well as the requisite, which the actor used in the recordings. … Read further Search touristic sites on the map of Tours

Sightseeing in regions nearby Tours

Le Mans
After the war the city was renovated for many years to bring back its traditional architecture. The city features several architectural sights that reflect various epochs. Here you can see half-timbered houses and mansions made of stone and built in the Renaissance style. Saint-Julien Cathedral built in the 12th century features mostly gothic look. However, the architects of ... Open »
Angers
The problem persisted until the 10th century. This is when the Counts of Anjou took over control of the region. Starting from that time local people could stop being constantly scared because their life became a lot safer. Year after year, the dukes did all they could to strengthen their properties. They achieved their target, and Angers became a powerful center of a small ... Open »
Laval
Among the main sights of this town are the medieval castle Château de Laval and the ruins of the town’s gates and walls. These are the main symbols of Laval. In 1020 the town was more like several settlements that were slowly merging into one. In the XIII century here was built a bank and 5 gates. Only the gates named Beucheresse and Woodcutter gates have survived till our ... Open »
Nantes
The most famous gallery of Nantes is Passage Pommeraye, a beautiful three-tiered building in the Baroque style, which halls host various exhibitions and other cultural events. The city attracts not only history lovers, but also shopping fans. The central commercial street of Nantes is named Crebillon. The numerous boutiques located on this street feature couture apparel, ... Open »
Limoges
Nowadays only ruins remind of those facilities. They are precious to the local people as they sure have historical value. One more ancient and precious destination of the city is the library of Saint Martin. The library contains 23 thousand of books. The library works in the abbey and today this is a museum and a center of art. The main sight of this place is the tomb of the ... Open »

All about Tours, France - sightseeings, attractions, touristic spots, architecture, history, culture and cuisine. Prepare your trip together with OrangeSmile.com - find out the 'must see' things in Tours, which places to visit, which excursions to take, where the breathtaking views are waiting for you. Planning your trip with this travel guide will help your to get the most out of Tours in few days.