Sightseeing in Avignon - what to see. Complete travel guide

Avignon is located in the southern part of France. In past the city was a center of the Catholic world and the residence of the Pope. It’s clear, after many year of such a notable position Avignon is considered to be one of the most beautiful cities of the country in both historical and cultural aspects.
Avignon design-hotels for stylish travellers
The popular hotel Kyriad Avignon Courtine Gare TGV located near the train station in Avignon features unique national charm. Its interior has absorbed the best and brightest national …

Open
The Avignon City Wall is a symbol of the old part of this town. It was built in 14th-15th centuries. Total length of this wall reaches 4.8 kilometers; the wall is equipped with 39 towers and 8 gates. The City Wall is in wonderful condition and is known as one of the oldest buildings in Europe. Chartreuse monastery is one of the most important religious sights in Avignon. It was built by the order of Pope Innocent VI in the middle of the 14th century. The biggest part of the monastery is lost, but several choir aisles have survived until now.
Another famous symbol of this city is St. Benedict Bridge that is built across Rhone. For the first time the bridge was created in 1171, but after this it was destroyed numerous times due to flood. Originally the bridge’s construction contained 22 arches, but after the flood of 1668 only 4 survived. Copyright www.orangesmile.com
Top places to stay in Avignon - most luxurious hotels
One of the most luxurious hotels in Avignon is La Mirande set in a unique historic building built in 1309. The interior is in the style of the 18th century, so each element is a priceless …

Open
Among the most famous cultural destinations of this city we should mention Musee du Petit Palais that was opened in 1976. This museum has a unique exhibition of paintings, the majority of which were created by famous artists of the Renaissance period. The museum’s building is also an interesting object by itself as it was created in the 14th century and was owned by cardinal Arnaud de Via. During those years the building was used as a fortification citadel, later the palace was turned into a Catholic school and only then it was decided to turn Petit Palais into a museum. Sure, you cannot visit Avignon and miss to see Palais des papes d'Avignon created in 1309. Since that time the building has been rebuilt and renovated a number of times, but its atmosphere is deeply soaked into a spirit of antiquity even now.

Walking along one of the historic streets of Avignon, you can see the oldest house in the city - Maison du IV de Chiffre. This house in the Gothic style was built in 1493; on the facade of this building some interesting old engravings have been preserved, the meaning of which remains unknown even to this day. As part of the tour, you can take a stroll around this old house, see the fireplace on the second floor, as well as other numerous elements of the decoration that have been preserved.
OrangeSmile.com recommends best hotels in Avignon Auberge De Noves Domaine Du Deves , Rating 8,6
Old hotels keeping the history of Avignon
Not far from the center of Avignon there is Cloitre Saint Louis Avignon hotel occupying a gorgeous 16th-century building. This construction has survived in its original form, including high …

Open
Fans of theatrical art should definitely visit the Avignon Opera House, that was built in 1847. Previously, a smaller theatre in Italian style was located in its place, but in 1846 it was completely destroyed during the fire. Today the beautiful theatre regularly hosts opera performances, classical concerts and theatrical shows, as well as many other interesting cultural events. 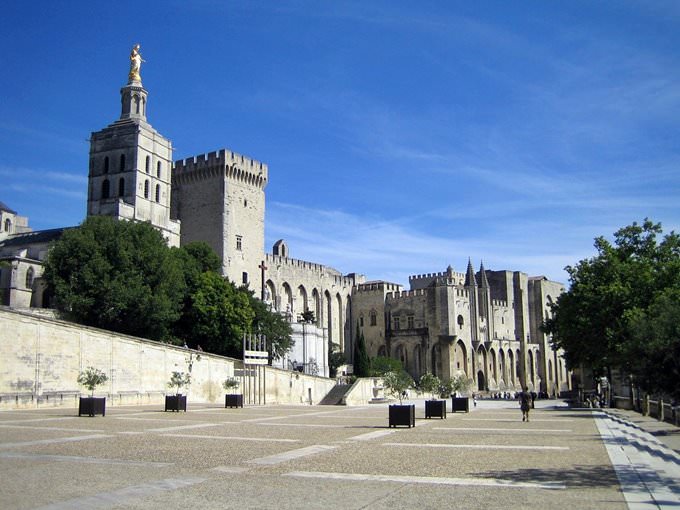 Avignon is one of the few cities of Provence, in which part of the ancient fortifications has been beautifully preserved. The most famous and visited are the old Porte de l'Oulle, that were built in the 14th century. In 1783 the gates were completely destroyed, to be rebuilt three years later, but at a new place. These gates are not the only ones that have survived to our days, and interesting tours around all surrounding fortifications are held for tourists regularly.
Best hotel choice for romantic escape, wedding or honeymoon in Avignon
It won’t be difficult to find a perfect hotel in Avignon. Le Médiéval hotel is especially charming. It’s set in an elegant old building, not far from the city center. This …

Open
Tourists with children in Avignon will be interested to visit the Rékien Museum, which holds an interesting natural science exposition. In the vicinity of the city there are several well-known archaeological areas, where researchers have discovered curious finds. During the tour, visitors of the museum will be able to find out about which animals inhabited our planet millions of years ago, as well as which representatives of the flora and fauna can be found around Avignon now. 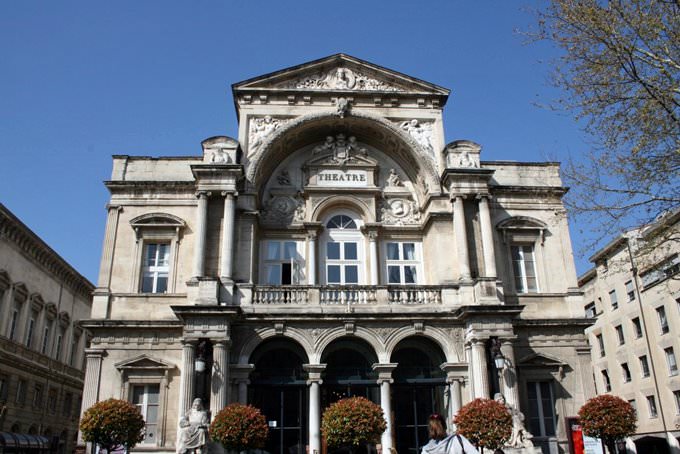 Fans of extraordinary sights should visit the historic Sarg canal. Once upon a time large factories and manufactories were located near it, however, today cute restaurants and cafes are set up in preserved buildings. Many tourists come to this channel specifically to watch the old wheels work - the remaining elements of antique factories.

This guide to iconic landmarks and sights of Avignon is protected by the copyright law. You can re-publish this content with mandatory attribution: direct and active hyperlink to www.orangesmile.com.
Avignon - guide chapters 1 2 3 4 5 6 7 8 9 10 11 12

National and city parks around Avignon
♥   Regional Nature Park 'Alpilles' , 17.8 km from the center. On the map

♥   Regional Nature Park 'Baronnies provençales' , 62.9 km from the center. On the map

Art galleries in Avignon and around
♥   Art museum 'Musée du Petit Palais' Avignon, 0.9 km from the center. On the map

♥   Art museum 'Fondation Calvet' Avignon, 1.1 km from the center. On the map

Sights around Avignon from our guide 'Extreme places on Earth' Distance from Avignon center - 38.8 km.
In the 6th - 7th centuries the ancient arena lost its original meaning. During the Great Migration of Nations it was used as a fortress. The arena retained an important strategic importance until the Middle Ages, by the 18th century it was actually converted into a fortress. Outside the walls of the amphitheater were residential buildings, churches and even markets. All buildings were completely destroyed in 1786, when the first large-scale reconstruction of the theater began. Already by 1853 the amphitheater has been returned to its original appearance. Since the middle of the 19th century the most spectacular and interesting events have been held there. … Read further Distance from Avignon center - 33.7 km.
By 1825, they were all resettled, and already in 1830 the first theatrical performance took place in the amphitheater. During numerous reconstructions, architects managed to preserve the former grandeur of the ancient monument. The length of its ellipsoidal arena is 136 meters, and its width is 107 meters. The building has also preserved its incredible acoustic features. Performances taking place in the ancient theatre will impress even the most experienced travellers. … Read further Search touristic sites on the map of Avignon

Sightseeing in regions nearby Avignon

Arles
The appearance of the first railroad in this region marked the start of economic decline. The recession stroke the city hard at the end of the 19th century. Even nowadays, Arles wakes up only on Saturdays when the fish market opens and numerous farmers arrive in the city to offer their products. Despite the fact that the city is calm and even somewhat boring, it hosts ... Open »
Nimes
The city is a major center of education and culture. It is loved for its unique atmosphere of comfort and hospitality, as well as non-negotiable "Roman" color. The first things you'll see at the entrance to the city are the statues of Roman emperors, which remind us of the birth of the city and its first colonists from Rome. No other city of France can be proud of such rich ... Open »
Aix-en-Provence
Having arrived in Aix-en-Provence, don’t forget to try local food specialties. The city’s restaurants offer delicious fish and basil soup famous for its refined taste. Besides this, visitors can order incredibly delicious meat stew cooked in accordance with a special recipe. The local cuisine has a diverse menu, so tourists can always choose dishes that can satisfy their ... Open »
Montpellier
In 1220 the School of Medicine was opened in the city by order of Cardinal Conrad, and a couple of years later Montpellier became the property of Aragonese kings. During this period starts the real prosperity and economic growth of this region as the citizens received many freedoms and opportunities. Trading also began developing seriously, becoming the main source of income ... Open »
Marseille
Marseille is a large city in France, which occupies the second place in terms of size with Paris on the top. Marseille is the most important industrial region of France, however it also represents large cultural, architectural and historical heritage of the country. Marseille occupies a truly advantageous location on the coast of the Mediterranean Sea. An ancient port that ... Open »

All about Avignon, France - sightseeings, attractions, touristic spots, architecture, history, culture and cuisine. Prepare your trip together with OrangeSmile.com - find out the 'must see' things in Avignon, which places to visit, which excursions to take, where the breathtaking views are waiting for you. Planning your trip with this travel guide will help your to get the most out of Avignon in few days.