Family trip to Orlando with children. Ideas on where to go with your child 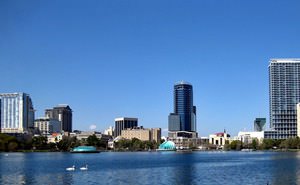 Orlando is a dream for thousands of children from all over the world. This city has famous amusement parks, zoos, and beautiful gardens, which makes it one of the most popular family-friendly cities in the world. It is here that you can find the world's most famous amusement park - Walt Disney World Resort. The huge area of the park is divided into several thematic zones. Magic Kingdom zone provides playgrounds and attractions for the smallest kids, and Disney’s Blizzard Beach with its original water attractions is considered one of the most unusual zones. The most popular amusement park in the world is dedicated to the fantastic world of Walt Disney. Here you can see statues of favorite cartoon characters at every step, as well as many other original themed attractions.
Excursion over cultural sights of Orlando - 'must visit' points of interest
Orlando is one of the most popular destinations of the United States of America among foreign guests. The place is annually visited by thousands of tourists. Orlando has justly got a …

Open
Another popular amusement park is Legoland, which is visited by Lego fans from all over the world. The amusement park was opened in 2011, all the decorations and sculptures presented on its territory are made from miniature lego bricks. Here kids can enjoy many interesting attractions. They will have a chance to ride a toy car through the park and even fly on a plane.
Those who have long dreamed of taking their children to an original dinopark should head to Dinosaur World Park. It presents more than 150 realistic dinosaur statues, against which you can take some spectacular memorable pictures. Thanks to the dinopark's numerous attractions, children will have a chance to try themselves as archaeologists, as well as walk through mysterious caves and learn many interesting things about what our planet was like millions of years ago. Copyright www.orangesmile.com
Your active city break in Orlando. Attractions, recreation and entertainment - best places to spend your day and night here
Orlando is a unique destination for active leisure enthusiasts. The city features plenty of attractive parks for promenades, dozens of entertaining centers, incredible attractions and modern …

Open
School-aged children should certainly be taken to the Kennedy Space Center Visitor Complex. Space shuttles are launched every day at this center. Visitors are offered to explore the rocket fleet, as well as visit an interesting museum dedicated to the history of space development. Children will surely like it here, they will be able to see with their own eyes how they launch rockets into space, and then visit an original toy museum. 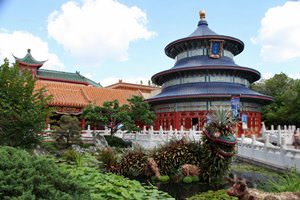 Orlando has a great entertainment center for fans of water rides - Wet 'n Wild Orlando. The water park has suitable pools and rides for both the smallest visitors and adult thrill-seekers. They will find several ultramodern slides with video effects, and fans of extreme entertainment will especially like the attraction called “Black Hole”. The water center is very big, so you can relax here in complete comfort even when it's full of visitors.
Advices to travellers: what you should know while being in Orlando
1. Orlando features hot and humid weather all the year round. The rainiest months are considered to be September and October. Those tourists looking for visiting excursions as well as active …

Open
Among other famous Orlando entertainment centers, it is worth mentioning the Universal Orlando Resort, which will be of interest to both the smallest children and teenagers. This center has prepared playgrounds for the smallest visitors and extreme high-speed slides that teenagers will surely like. Visitors will have the opportunity to look behind the scenes of the famous Universal studio and watch how mind-blowing special effects are created. 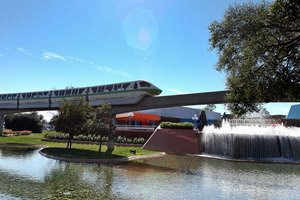 A must-have for animal lovers is the unique SeaWorld Orlando Theme Park. Here you can see not only rare inhabitants of the underwater world but also witness exciting dolphin shows, as well as watch trained fur seal performances. The marine zoological park is located in the middle of a large well-groomed garden where it is nice to stroll after attending entertainment events.

This guide to family holidays in Orlando is protected by the copyright law. You can re-publish this content with mandatory attribution: direct and active hyperlink to www.orangesmile.com.
Orlando - guide chapters 1 2 3 4 5 6 7 8 9 10 11

♥   Amusement park 'Universal Studios Florida' Orlando, 10.7 km from the center. On the map

♥   Amusement park 'Universal’s Islands of Adventure' Orlando, 11.2 km from the center. On the map

♥   Amusement park 'Magical Midway' Orlando, 12.2 km from the center. On the map

Water attractions around Orlando
♥   Water park 'Volcano Bay' Orlando, 12 km from the center. On the map

Aquariums in Orlando and nearby
♥   Aquarium 'Orlando Sea Life Aquarium' , 13.2 km from the center. On the map

Photogallery of best places of Orlando

Interesting places to visit with children around Orlando

Kissimmee
You can also have fun with your child outside of Disneyland. There are many interesting attractions in Old Town. You should go hiking on nearby hiking trails or on a trip to a real Indian reservation. If your child loves sports, you can go together to any of the American football championship games at Osceola County stadium. Orlando is located near Kissimmee. You can visit ... Open »
Miami
Miami has a decent selection of amusement centers. The Laserland & Adventure complex is popular among tourists with children of different ages. The center has excellent facilities for laser games, and is suitable for a large company and for organizing a family holiday. There are also many original parks in the city. One of the most extraordinary is considered to be Monkey ... Open »
Abaco
There is quite a big collection of artifacts for such a small island which belonged to the first colonists who brought it here many centuries ago or were found on the sunken Pirate’s, French’s, Englishmen’s or Spaniard’s sunken ships. Perhaps your kids would be interested in the park dedicated to the colonists-heroes and famous rulers of the Abaco Islands. It’s also ... Open »
Nassau
Walks in the Retreat Garden National Park are also popular among nature lovers. It would be interesting to visit it with children of any age. The park offers fascinating excursions, during which visitors can see rare species of palm trees and tropical flowers, as well as unique plants, the existence of which seems to be impossible. he national park provides several cozy ... Open »
Harbour Island
Another interesting sight is the local prison where pirates and their accomplices were jailed in the 18th century. There is also a mill in the town. In the 19th century, people ground sugarcane with it. Go for a walk around Dunmore Town and your children and you will see how the English settlements looked like in the 18th century. The city centre hasn’t changed a bit since ... Open »
Atlanta
With children of school age, it is worth looking into the Fernbank Museum of Natural History. Its exposition is devoted to the natural sciences. Among the exhibited items, there are skeletons of dinosaurs, and original interactive expositions in which each object can be touched. For children, special excursions are held in the museum, during which they are offered to make ... Open »

Guide to sightseeing and entertainment for children in Orlando - parks, attractions, museums, zoos, water-parks. All fascinating and educational sites of Orlando, which are must visit and see for your child. Find out the best discovery routes and places for kids (local theaters, exhibitions and museums), where you can spend quality time together. Orlando for families with children.