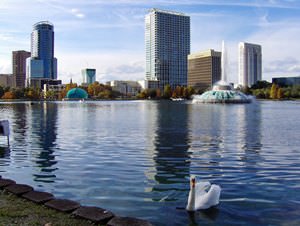 You can have fun at Disney’s Typhoon Lagoon Water Park in Orlando. It is open from 9 am to 9 pm daily from January to September. There are various water activities there. This is rafting on a winding river, exploring canyons, and crossing rapids. You will have the opportunity to roll down 10 slides. They differ in their steepness and meandering. They are located on a mountain 100 meters high. You can also swim in the pool with 2-meter waves. If you don't have enough extreme sports, you can use the Shark Reef attraction to go scuba diving with colorful fish and sharks.
Excursion over cultural sights of Orlando - 'must visit' points of interest
Orlando is one of the most popular destinations of the United States of America among foreign guests. The place is annually visited by thousands of tourists. Orlando has justly got a …

You will most likely be intrigued by the opportunity to spend a day in the Sea World Amusement Park. The inhabitants of the ocean are its theme. Breathtaking rides operate on its territory. For example, you can not only have fun but also get wet on the Journey to Atlantis. The seats of the Manta attraction take a vertical position. You will be able to fly head-first while sitting in one of them.
The most extreme attraction of Sea World is the Kraken. It is a fast descent down the hill with a large angle and 3 loops. They look like the tentacles of a sea monster. You will be able to visit the pavilion after you have had enough fun. Penguins live there. You can see all kinds of fish that live in aquariums. You will also have the opportunity to become a spectator of the Dolphin and killer whale shows and then play with them. Copyright www.orangesmile.com
Your active city break in Orlando. Attractions, recreation and entertainment - best places to spend your day and night here
Orlando is a unique destination for active leisure enthusiasts. The city features plenty of attractive parks for promenades, dozens of entertaining centers, incredible attractions and modern …

To Visit the Crocodiles

Gatorland Park is a large farm. Crocodiles live there. It is open to the public from 10 am to 5 pm on any day of the week. You will have the opportunity to walk in the company of toothy inhabitants of the park, including at night. You can also take a photo sitting on the back of one of them. You will see a reptile feeding show. You should also see how the farm employee communicates with them by entering the enclosure. He will even stick his head in the mouth of a large alligator. If you get tired of traveling around Gatorland on foot, you can ride around the park on a sightseeing steam train or take a flight over crocodiles on the Zip Line. 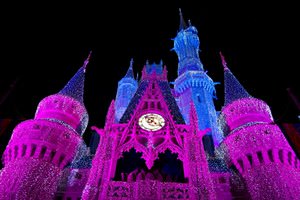 If you are passionate about space, you can visit the Kennedy Space Center any day of the week. It is located 85 kilometers from Orlando. It was opened in 1962. The center is open from 9 am to 7 pm from March 31 to September 1 and until 6 pm from September 2 to December 31. The center is an active spaceport. It is located on Cape Canaveral. It is also a base. Future cosmonauts are trained there. There is also a museum here. If you come here, you can see the astronaut hall of fame, walk through the Rocket Park, and stand on Site 39. You will also be able to "find yourself" in the starting well during the launch and feel like a space conqueror who lands in a special module.
Advices to travellers: what you should know while being in Orlando
1. Orlando features hot and humid weather all the year round. The rainiest months are considered to be September and October. Those tourists looking for visiting excursions as well as active …

Interesting rides are available at the Islands of Adventure Amusement Park. The subject of one of them is the Harry Potter movies. It is located in the castle. It consists in the fact that you will get the opportunity to sit in a trolley and go on a realistic flight in the company of Harry, who is flying on a broom. The fire-breathing dragon will also accompany you. Then you will fall into the abyss. You can take a short tour of the temple of Poseidon to recover from this extreme entertainment. The master of the sea depths will come to life during the tour thanks to special effects. 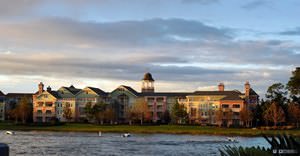 You can also fly a pterodactyl in the Islands of Adventure. A river ride on a small boat-car is also waiting for you. The fall from the waterfall will take place at the end of the ride. There are also 2 extreme rides ("Spider-Man" and "Hulk") in the park. You can ride the train on the tracks located at the height. The whole park is visible from there.

This article about ideas on extraordinary weekend in Orlando is protected by the copyright law. You can re-publish this content with mandatory attribution: direct and active hyperlink to www.orangesmile.com.
Orlando - guide chapters 1 2 3 4 5 6 7 8 9 10 11

Art galleries in Orlando and around
♥   Art museum 'Charles Hosmer Morse Museum of American Art' Winter Park, 7.9 km from the center. On the map

Atlanta
Those who are hunting for excellent photos can’t ignore Westin Peachtree Plaza. This chic hotel occupies a skyscraper with the most famous observation deck in the city. Look at the city from a height of over 200 meters can not only consist of a luxury hotel. An observation deck of The Sun Dial Restaurant Bar & View is located on the 72nd floor of a skyscraper. Those who wish ... Open »
New Orleans
In the vicinity of the city, you can visit many more interesting places, and Alligator Farm is one of them. These dangerous and frightening representatives of the animal world are the most important symbol of the state of Louisiana. Alligators are bred on special farms and then delivered to restaurants where unique national dishes are prepared from their meat. Cajun ... Open »
Manhattan
Do you want to just walk around deserted places and make beautiful memorable photos? Then go to the area of Upper Manhattan, or rather, in the picturesque Park Cloisters. On the territory of this beautiful park, you can see not only ancient trees and rare plants, but also one of the most incredible ancient castles in the United States. The castle of the same name was built ... Open »
New York
Do you like reading and always bring new beautiful books from your trips? Then you simply cannot leave New York without visiting Bedford Avenue. The picturesque street is the location of one of the most creative book stores of the city - Spoonbill & Sugartown. The main peculiarity of the store is not its size or particularly low prices but the choice of books that includes many ... Open »
Boston
Couples, who would like to book both attractive and unusual hotel for their romantic vacation, are recommended to take a look at The Boxer boutique hotel. This hotel is located in a fully restored building of the 19th century. Couples may like stylish twin rooms that are made in modern urban style. In guestrooms, they will find large white beds and panoramic windows, massive ... Open »
Mexico City
If you are used to relaxing in more stylish and modern places, simply head to World Trade Center. The center is open in the highest skyscraper in the city. By the way, there is a restaurant, Bellini Restaurante Giratorio, on one of the top floors of the building. Bellini is also known as the highest restaurant in the city. It rotates slowly and has wonderful panoramic windows, ... Open »

Walk through hidden local streets, sneak to a small cafe, breathe and enjoy Orlando from inside. Stay out from the beaten track during your city weekend, discover the soul of Orlando as a real travel gourment. Follow our guide, take one of the exclusive services and spend your time in Orlando unforgettably and with a full passion!