Family trip to Kissimmee with children. Ideas on where to go with your child 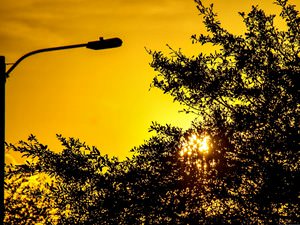 It is quite easy to find a hotel suitable for a holiday with a child in Kissimmee. You should simply check whether there is a separate fenced playground, a pool for kids, and the possibility to leave the child with a nanny for an hour or two in the hotel you like. Many efforts are made in local hotels, cafes, and restaurants to ensure that the services of the institution are liked not only by adults but also by children, despite the fact that Kissimmee is not a world-famous resort. The reason is very simple – the world-famous Walt Disney World is located very close to the city.
Excursion over cultural sights of Kissimmee - 'must visit' points of interest
Kissimmee is a young city. The first houses were built here only in 1883. However, a few interesting buildings have survived since then. Walt Disney amusement park was opened very close in …

Open
Walt Disney World Recreation center is the largest and most visited amusement park not only in the United States but also around the world. Today, Walt Disney World consists of several large sections. Each of them has its own theme. It is better to set aside a day or two to visit each section of the park. Otherwise, the child simply will not see even half of everything that Disney has to offer. In addition, not only bright emotions are waiting for a child in Walt Disney World. There is also an opportunity to learn about new technologies, world cultures, and the process of making movies here.
First of all, you should visit the Magic Kingdom Park. It opened in 1971. It will appeal to children of all ages and adults who are at least a little familiar with the characters of Disney cartoons. The child will be able to see Cinderella's Castle, communicate with Minnie and Mickey, dress up as a pirate, play the role of a fairy-tale Prince, and even be invited to a Royal party here. There are also a dozen rides here. You can take a ride on the usual roller coaster and make a slow ascent up on the "Ferris wheel" or a ten-minute trip throughout the park in a small trolley. Copyright www.orangesmile.com
Your active city break in Kissimmee. Attractions, recreation and entertainment - best places to spend your day and night here
Kissimmee is a popular vacation spot for Walt Disney fans, as there are several amazing amusement parks. Disney's Fantasia Gardens is deservedly considered to be one of the most interesting …

Open
If your child is curious, then you should go to Epcot theme park. It was originally designed as a place of demonstration of high technologies. However, this park not only shows all the possibilities of modern technology but also allows children to learn more about the cultures of different peoples of the world today. The child will be able to see Buddhist temples, European castles, and the Palace of the Arab Sheikh here. Of course, the child will have the opportunity to play the most modern slot machines, watch various robots, and see the capabilities of modern holoprojectors. 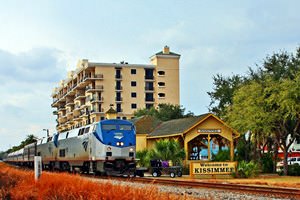 You may get to an improvised film set at Disney's Hollywood Studios. The child will be able to see how sketches for cartoon characters were made before and how they are made today. The child will also have the opportunity to visit a 3D cinema, watch a comic musical, and feel like a youngling under the supervision of a Jedi-teacher.
Top hotels in Kissimmee for business trip or short vacation
The choice of hotels is more than worthy in Kissimmee, and many of them are aimed at vacationers with children. Elite Homes - Lucaya Villages Hotel Complex located in close proximity to Walt …

Open
There is no zoo in Kissimmee. However, it doesn't matter because there is Disney's Animal Kingdom Theme Park here. This is a traditional zoo with various animals. The child can pet and feed many of them, by the way. There are also numerous kinds of themed entertainment here. They will allow the child to feel like a conqueror of wild nature. 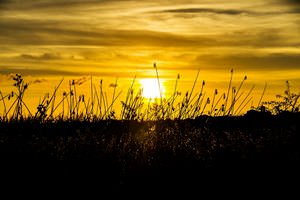 If you arrive in Kissimmee during the warmer months, you can visit Disney's Blizzard Beach Water Park with your child. This is a large open-air water park here. There are also shallow pools for the youngest children and a playground here. The child will be able to play with his peers under the care of the staff here. There are also simple slides for older children and high steep descents for teenagers and their parents in the park. After you get a dose of adrenaline, you can relax on a family picnic in a special area.
Shopping in Kissimmee - main shopping streets, outlets and boutiques
Kissimmee is not the largest of the American cities. However, you can buy a variety of souvenirs here. If you want to make thoughtful shopping and visit really big shopping centers, you …

Open
Disney's Typhoon Lagoon Water Park is another water park. There are more extreme activities like steep downhill rides here. They imitate the stormy river. You can also have a good time in the pools with artificial waves for surfing. There is also entertainment for the baby, teenager, and parents here. 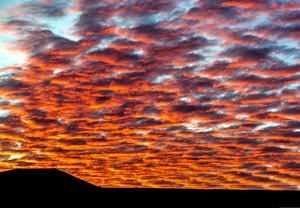 You can also have fun with your child outside of Disneyland. There are many interesting attractions in Old Town. You should go hiking on nearby hiking trails or on a trip to a real Indian reservation. If your child loves sports, you can go together to any of the American football championship games at Osceola County stadium. Orlando is located near Kissimmee. You can visit Legoland and Dinosaur World dino-park here. The child will feel like an archaeologist here. You can also visit the Universal Orlando Resort entertainment center and the SeaWorld Orlando aquarium.

This guide to family holidays in Kissimmee is protected by the copyright law. You can re-publish this content with mandatory attribution: direct and active hyperlink to www.orangesmile.com.
Kissimmee - guide chapters 1 2 3 4 5 6 7 8

City tours, excursions and tickets in Kissimmee and surroundings

♥   Amusement park 'Discovery Cove' Orlando, 13.7 km from the center. On the map

Aquariums in Kissimmee and nearby
♥   Aquarium 'SeaWorld Orlando' , 14.3 km from the center. On the map

Photogallery of best places of Kissimmee

Interesting places to visit with children around Kissimmee

Orlando
School-aged children should certainly be taken to the Kennedy Space Center Visitor Complex. Space shuttles are launched every day at this center. Visitors are offered to explore the rocket fleet, as well as visit an interesting museum dedicated to the history of space development. Children will surely like it here, they will be able to see with their own eyes how they launch ... Open »
Miami
Miami also has a wonderful children’s museum – Miami Children’s Museum. This museum is designed for preschool children. By design, the museum is more like a colorful entertainment center. It has many playgrounds in stock for children. Kids can also try to play the role of representatives of various professions. Interesting entertaining activities are conducted in the ... Open »
Abaco
Children can also learn something about the history of the settling of Bahamas. So, you can visit the bar-gallery called Pete's where you can find a small museum invented by the first colonists. Another exciting activity is a trip to Hope Town. There is a 37-meters-high acting lighthouse there and you can even get to the top of it (if the keeper permits) and visit two ... Open »
Nassau
A must-have for fans of nature and beach activities is Blue Lagoon Island. Here, vacationers can enjoy fabulously beautiful beaches with turquoise water and a great dolphinarium whose visitors can find a common language with the most amazing and friendly sea creatures. Interesting performances are held with the participation of trained dolphins. Besides that, visitors to the ... Open »
Harbour Island
Children can also try themselves in windsurfing or sailing a boat. Your kids and you can embark on the adventure and go to Eleuthera (the island is not far from Harbour). On Eleuthera, you can not only enjoy nature and even more deserted beaches in comparison with Harbour Island but also tell your kid about the colonization of the island and with what difficulties had the ... Open »
Atlanta
No less popular place for family rest is the Botanical Garden of Atlanta - an incredibly beautiful and mysterious park. The main decorations of the garden are live sculptures. During the tour, you can see not only rare plants and flowers, but also admire the unique landscape sculptures. They are made of living plants and look very impressive. In addition, the botanical garden ... Open »

Guide to sightseeing and entertainment for children in Kissimmee - parks, attractions, museums, zoos, water-parks. All fascinating and educational sites of Kissimmee, which are must visit and see for your child. Find out the best discovery routes and places for kids (local theaters, exhibitions and museums), where you can spend quality time together. Kissimmee for families with children.