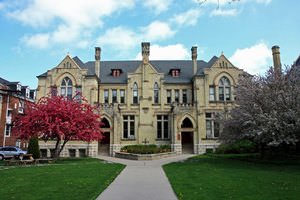 Milwaukee is often called “the city of festivals”. During the year, a lot of themed festivals, most of which are world-famous, are held. One of the major and most interesting cultural events is an annual fair in Wisconsin. It is held every August. Such fairs were first held in the middle of the 19th century and have long become traditional. The most famous farmers, winemakers, restaurateurs, and breeders of Wisconsin are invited to the fair. They present their best products there. For tourists, the colorful fair is one of the best opportunities to acquaint with the food traditions of the region. They can taste the best dairy products produced at local farms, rare meat delicacies, and popular dishes.
Cuisine of Milwaukee for gourmet with top restaurants and cafe
Food traditions in Milwaukee, Wisconsin, are some of the most diverse and most interesting in the country. There are a lot of farms where meat and dairy products are produced. As for …

Open
Milwaukee is one of the most multinational cities in the USA. This is reflected in multiple ethnic festivals. Each of the holidays is dedicated to the cultural traditions of a particular country. One of the most famous festivals is the Indian Summer dedicated to Indian culture. During this festival, colorful fairs are held. You can buy here interesting accessories. The main attributes of the festival are street performances and entertainment programs.
During such ethnic festivals, not only adults, but also children can attend interesting master classes. They can learn to make beautiful handicrafts and gifts, cook traditional dishes, and play musical instruments. In Milwaukee, most of the festivals and fairs are held in the open air, in city squares and parks. By the way, the locals are very proud of city parks that are thoroughly cared for. Copyright www.orangesmile.com
Excursion over cultural sights of Milwaukee - 'must visit' points of interest
The picturesque port city will impress visitors with its architectural attractions and museums. One of the most visited cultural centers in the city is the Milwaukee Art Museum located in a …

Open
In Milwaukee, there is also a special ranger service that regularly cleans up parks and squares and watches for animals dwelling here. Hiking in an unusual city park can become an unforgettable adventure, as squirrels, chipmunks, and other animals don’t live in all parks of modern cities. In summer, city parks turn into open-air stages where music concerts and theatrical performances are often held. The parks located on the shore of Lake Michigan are especially attractive. One of them always hosts the famous music Summerfest. 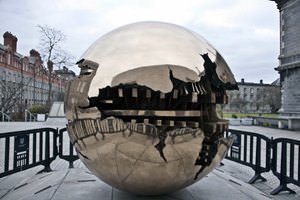 Several years ago, it was officially recognized as the largest music festival in the world. Within 10 days, over 800 musicians performed on stage. The music festival was first held on the shore of Lake Michigan in the 70s of the last century. Within just a few years, it has become very popular and started attracting spectators and participants from different countries. In recent years, the Summerfest has been visited by over 800 000 people. Due to such number of spectators and participants, the fest was listed in the Guinness Book of Records. Besides music concerts, people can also enjoy other interesting entertainments. Here, you can attend lectures and conferences, meet famous performers, visit contemporary art exhibitions, and taste delicious dishes. The festival takes place in Henry Maier Park. Its total area is 75 acres. There are several dozens of stages, on which over a hundred performances are daily held. The largest music festival in the world takes place in the second half of June.
Your active city break in Milwaukee. Attractions, recreation and entertainment - best places to spend your day and night here
In the city, there is an excellent zoo named Milwaukee County that will impress all nature admirers and tourists with children. It covers a large area. There are spacious enclosures for …

Open
Cultural life in Milwaukee is so eventful that you can visit an interesting festival at any time of the year. In June, a festival dedicated to Polish culture and traditions is annually held. July is time for Greek and French festivals. In August, interesting ethnic fests dedicated to the traditions of Ireland and Arab countries take place. One of the most unusual festivals in Milwaukee is Trainfest organized in November. The themed fest is dedicated to trains. It is the biggest event of its type held in the USA.

This guide to traditions and festivals in Milwaukee is protected by the copyright law. You can re-publish this content with mandatory attribution: direct and active hyperlink to www.orangesmile.com.
Milwaukee - guide chapters 1 2 3 4 5 6 7 8

Cathedrals and basilicas near Milwaukee
♥   Cathedral of St. John the Evangelist, Milwaukee, 0.4 km from the center. On the map

♥   Basilica of Our Lady of Mary, Help of Christians at Holy Hill, Hubertus, 41.1 km from the center. On the map

Unique landmarks in Milwaukee and around 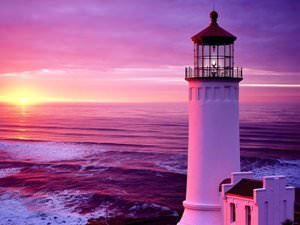 Distance from Milwaukee center - 4.1 km.
The building was finished in 1912 and its height was increased. Nowadays the lighthouse is 23 meters height. The latest major reconstruction was in 2005. At first, in the lighthouse was put an oil lamp which light wasn’t bright enough. In 1868 it was placed by more severe and nowadays we can see it in the lighthouse, it is still working. … Read further

Colors of Milwaukee in photos

Traditions and festivals in cities around Milwaukee

Chicago
Grant Park became a regular venue for another famous festival, Chicago Blues, which is traditionally held in May. The cultural calendar of Chicago isn’t limited to music events only; in mid-May the city hosts the Art Festival. This annual celebration is attended by about three thousand contemporary painters, sculptors and painters representing their best works to the ... Open »
Indianapolis
In August, Indiana Farmers Coliseum becomes a venue of another amazing festival, Indiana State Fair. The event starts at the beginning of May and ends in the middle of the month. This is the time when people of all ages and with various interests will easily find something exciting that fits their taste. Without a doubt, it is an excellent chance to get acquainted with the ... Open »
Detroit
The North American dialect prevails here, so there shouldn't be problems with understanding citizens. Local cuisine is distinguished by simplicity and nutritiousness. The main products are fish, meat, potatoes, and vegetables. Be sure to try such dishes as sweet potato pie, baklava, stuffed lamb, corned beef hash and eggs, Detroit sandwich, donuts, grilled chicken, ham ... Open »
Minneapolis
All connoisseurs of contemporary art should visit the city when the Fringe Festival is held. It is dedicated to different types of contemporary art. Every year, thousands of artists, theatre workers, musicians, and designers participate in the festival. 15 stages are annually equipped for the fest. Concerts and theatrical performances are daily held here. In contrast to ... Open »
Cleveland
It must be said that such entertainment never stays indifferent to residents of the city. Even a concert of an unknown musical band will certainly gather several hundred spectators. Social life is very important for Cleveland residents, they like and know how to have fun. They are also known for their love for beautiful and delicious food. The Win Festival, the Beer Festival, ... Open »
Toronto
The main celebrations take place on the Outdoor Art Exibition Toronto square; during the festival, lots of colorful tents are placed on it. Local craftsmen present their works of art at the each stall. The diversity of masterpieces isn’t just limited to paintings and traditional crafts. Anyone can take part in the festival, which is usually held in July. The large-scale ... Open »

Cityguide on traditions, mentality and lifestyle of people in Milwaukee. Learn the best periods to visit Milwaukee to discover its soul - authentic festivals, events and celebrations. We will also reveal the interesting habits, attitude towards the world and to tourists in Milwaukee.