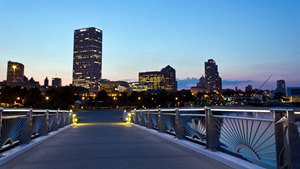 The picturesque port city will impress visitors with its architectural attractions and museums. One of the most visited cultural centers in the city is the Milwaukee Art Museum located in a spectacular futuristic building on the shore of the lake. Its rooms house over 25 000 pieces of art. There are works of famous artists of the past centuries and modern masters. Some rooms of the museum are equipped specifically for temporary exhibitions. Themed exhibitions dedicated to art and design are often held here. In the museum, there is a comfortable restaurant that has a view of the lake. The guests can also visit an interesting gift shop.
Guide to Milwaukee sightseeing - things to see and to visit
This place with rich history is one of the largest U.S. cities. Milwaukee literally translates as "good earth". This name was given to the city by its first settlers from Indian tribes. In …

Open
Another attractive place is a historical brewery named Miller. Since its opening, it has been one of the biggest and most famous breweries in the country. Not so long ago, Miller has become available for tours. You can watch the beer production process and taste the best beer varieties. In Milwaukee, there is also a beer museum where you can see a lot of interesting historical exhibits and learn about the development of brewing in the region.
Milwaukee is the home of world-famous Harley Davidson bikes. It was here that the first models were released in the early 20th century. Now, you can also visit the Harley-Davidson Museum that tells about the development of the company and houses the most famous bikes. In total, there are over 450 bike models displayed. You can also see here historical exhibits dedicated to the stages of the company’s development. This unusual museum is one of the most visited in the city. Every year, over 300 000 people come here to admire its exhibits. Copyright www.orangesmile.com
Family holidays with kids in Milwaukee. How to entertain your child, things to show to children.
Miluoki is an unbelievably wonderful tourist city with a variety of attractions and entertainment centers. One of the most swarmed and fascinating spots for a vacation with children is the …

Open
When walking, you can see a lot of beautiful historic buildings, for example, Turner Hall. The building was built by the project by Henry Koch. Today, it is a historic monument of national importance. Since the construction, the building has been serving as a culture center. Now, there is a modern concert hall where classical music concerts are regularly held. In the historic building, there is also a luxurious ballroom where the most important celebrations take place. 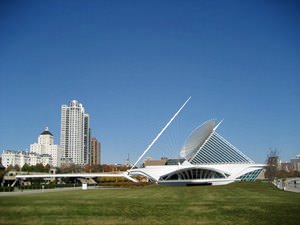 Another impressive building is the National Bank Milwaukee that was built in 1973. It has been the highest building in the state for 40 years. The skyscraper has 42 floors. Besides a bank, it also includes offices of different companies and state institutions. The skyscraper is one of the most photographed sites in the city.
Cuisine of Milwaukee for gourmet with top restaurants and cafe
Food traditions in Milwaukee, Wisconsin, are some of the most diverse and most interesting in the country. There are a lot of farms where meat and dairy products are produced. As for …

Open
One of the interesting religious monuments is the Basilica of St. Josaphat located in the south of the city. It was built at the initiative of the Polish community of construction materials left from old customs and a post office. Today, the church attracts with its extraordinary architectural style and a variety of elements that are not typical for classical religious constructions. For example, the doors had been left from customs. Some of the main interior decorations are bronze accessories and ornaments. Such an interior is very different from those in other churches of the city. 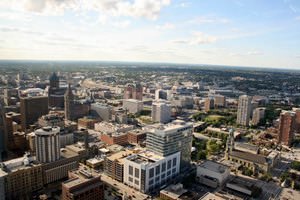 You can learn more about city history by visiting the Milwaukee Public Museum. There are a lot of themed exhibitions. The total area of the museum is almost 14 000 m2. It houses the collection of interesting archaeological and historical artifacts. You can also see ethnographic and art collections. One of the most unusual constructions is a man-made rainforest. The museum is often visited by local people and tourists with children. They are especially attracted by exhibits dedicated to prehistoric inhabitants of our planet.
Authentic traditions, festivals and lifestyle of Milwaukee inhabitants
Milwaukee is often called “the city of festivals”. During the year, a lot of themed festivals, most of which are world-famous, are held. One of the major and most interesting cultural …

Open
Another interesting place for family recreation is the Discovery World Museum located on the shore of the lake. It is dedicated to modern scientific and technological achievements. Most of the exhibits in the museum are interactive and will impress little tourists. The visitors can also learn about the latest discoveries in genetics, see the latest robot technologies, and carry out interesting experiments. The museum also houses interesting exhibits dedicated to regional nature.

This guide to cultural sights Milwaukee is protected by the copyright law. You can re-publish this content with mandatory attribution: direct and active hyperlink to www.orangesmile.com.
Milwaukee - guide chapters 1 2 3 4 5 6 7 8
Reference information
Map of all art museums

Art galleries in Milwaukee and around
♥   Art museum 'Grohmann Museum' Milwaukee, 0.6 km from the center. On the map

♥   Art museum 'Milwaukee Art Museum' Milwaukee, 0.8 km from the center. On the map

♥   Art museum 'Patrick and Beatrice Haggerty Museum of Art' Milwaukee, 1.8 km from the center. On the map

Cathedrals and basilicas near Milwaukee
♥   Basilica of Our Lady of Mary, Help of Christians at Holy Hill, Hubertus, 41.1 km from the center. On the map

Photogallery of cultural heritage of Milwaukee

Excursions over cultural sights of neighbours of Milwaukee

Chicago
Art lovers will like Art Institute of Chicago; it is the second-largest art museum of the United States. A significant part exhibits is represented by works of contemporary artists. There are often interesting cultural events at the museum. The main part of important historical sites can be found in Old Town. Here you can see picturesque buildings of the early 20th century and ... Open »
Indianapolis
A visit to Children's Museum will definitely become a great family event. The museum is considered the biggest institution of its kind on the planet. The square of the museum estimates 356 thousand square feet. Its territory accommodates 10 galleries, a planetarium, a climbing center and even a large amusement park. Each gallery contains a unique collection of exhibits ... Open »
Detroit
In downtown, the most important and beautiful attraction is Detroit International Riverfront, which can be a great place for walking. Here you can see shining skyscrapers and beautiful parks, a huge number of entertainment venues, restaurants and shops is concentrated in Detroit Riverfront. The most striking modern architecture monument is the Renaissance Center. This is a ... Open »
Minneapolis
The twin city of Minneapolis being Saint Paul can boast plenty of landmarks and sights as well. Its guests should necessarily visit the Minnesota State Capitol being a genuine masterpiece of architectural art and the most remarkable historical landmark. The city offers the Science Museum of Minnesota for visit being a perfect place for a family visit. The city also offers ... Open »
Cleveland
Cleveland is ready to please tour lovers with an abundance of interesting sites to visit. The Rock and Roll Hall of Fame is dedicated to famous rock and roll stars. It is one of the largest museums of its kind in the world. Cleveland is often called the birthplace of rock. It was here that the world's first radio station broadcasting exclusively this genre of music was created. ... Open »
Toronto
Among historical attractions the Old City Hall is worth to mention. It was built in 1899; now City Court is situated here. On the shore of Lake Ontario there is the renowned cultural center Harbourfront, which became a permanent venue for various festivals and world-class events. Fans of natural attractions are recommended to participate in a trip to Niagara Falls located in ... Open »

Culture guide to Milwaukee. Which fascinating sights to visit once you are in Milwaukee: temples, churches, museums, theaters and castles. Recommendations (with addresses, phone numbers and links) on the places 'must visit' in Milwaukee. Plan your own city excursion by using this page info!