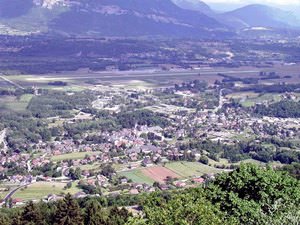 Residents of all French towns cherish their traditions and culture, and people living in Le Bourget are no exception. They are proud to be French and believe their culture is truly unique. Special manners, special traditions, and an inimitable style - each element and each detail of their daily life is considered to be unique. The townspeople love everything local and national so much that they are extremely reluctant to communicate in any foreign languages. If you want to ask them for help, do it only in French. Even if someone speaks other languages, one will still be answering foreign tourists in one's native language.
Cuisine of Le Bourget for gourmet with top restaurants and cafe
Cooking has long become a special kind of art for local residents. Even simple everyday dishes are turned into true gastronomic masterpieces by local chefs. If you visit one of the …

Open
Throughout the year, many interesting holidays are celebrated at Le Bourget. An air show organized here every two years made this tiny town's name known to the whole world. The International Air Show is the most popular and largest aerospace exhibition of its kind, which is attended by travelers from all over the world. The venue of the show is Paris–Le Bourget Airport where the best global manufacturers present their best air and space technologies.
Such an ambitious large-scale air show has an important business mission. It provides an opportunity to conclude contracts for the supply of aviation and space technology for representatives of many countries. Most of the sites that are equipped at the airport are also available to ordinary tourists. They will have a chance to see the best and most innovative planes in the world, as well as advanced space technology, with their own eyes. Tickets for this large-scale air show are usually sold out several months before the festival. Copyright www.orangesmile.com
Excursion over cultural sights of Le Bourget - 'must visit' points of interest
The tiny town of Le Bourget is ready to offer some interesting places for fans of tours. The main symbol of the city is the Air and Space Museum. The museum opened in 1919 is now the oldest …

Open
The Paris Air Show was first held in Le Bourget in 1909. Since then it has increased its scale and number of visitors several times. Now the number of participants exceeds 2,000 people, including representatives of the 50 largest companies in the world. The number of spectators exceeds these figures dozens of times. When the air show became popular with tourists, its program expanded significantly. 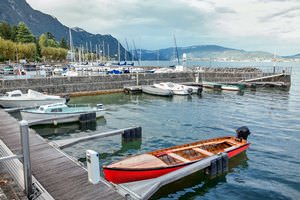 Now, guests of the city are offered to fly balloons and see the main regional sights from the sky. Air shows and music concerts are also held for them. Most of the entertainment takes place directly at the airport. Within the framework of the show, they hold many interesting tours, during which one can learn about the latest achievements in aircraft and space systems engineering. Despite the serious theme of the festival, it is always visited by a lot of ordinary tourists.
Your active city break in Le Bourget. Attractions, recreation and entertainment - best places to spend your day and night here
Le Bourget is a tiny town so it cannot boast of a variety of entertainment facilities. However, it shouldn't be a problem for its guests to visit beautiful parks and entertainment centers …

Open
Since Le Bourget is situated on the outskirts of Paris, this town is much calmer and quieter than the French capital. Locals are more friendly to foreigners, always show interest and are ready to help. People here are very sociable and happy to keep a conversation going even with strangers. Such an open and friendly nature is especially well felt during local holidays. 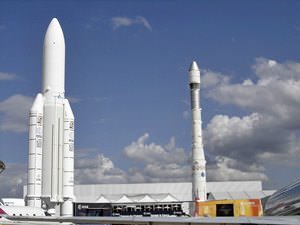 Locals know how to enjoy life, making special even its everyday attributes. Favorite dishes that have been prepared for hundreds of years are still presented as real culinary masterpieces, and the choice is always made in favor of the best option. Despite the fact that Le Bourget is a very small suburban area, local residents are still very serious about following the rules of etiquette.
Advices to travellers: what you should know while being in Le Bourget
1. The city has a train station that regularly receives high-speed RER trains from Paris and other neighboring towns. Le Bourget can also be reached from the capital by bus. 2. Since the …

Open
They are considered appropriate in any situation - even when going to the nearest store, the townspeople always wear clean and neat clothes. When entering a store or a restaurant, one should greet all those present. It is customary to thank people for even the smallest service provided. If someone holds a door for you or lets you enter first, don't forget to say "Thank you". 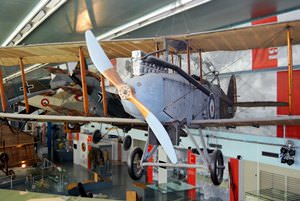 Going to Le Bourget, one should pay special attention to one's wardrobe. Parisians are among the main trendsetters of modern fashion, so the attitude to clothing has always been and remains special here. Le Bourget is very close to Paris but the attitude to people's look is still not as strict as in the capital. Clothing should be neat and well ironed, dominated by classic pastel colors. Too bright, open and provocative clothes will certainly be regarded here as a sign of bad taste. Even the simplest clothes should always be very neat and clean.

This guide to traditions and festivals in Le Bourget is protected by the copyright law. You can re-publish this content with mandatory attribution: direct and active hyperlink to www.orangesmile.com.
Le Bourget - guide chapters 1 2 3 4 5 6 7

Cathedrals and basilicas near Le Bourget
♥   Cathédrale Royale Saint-Denis, Saint-Denis, 4.2 km from the center. On the map

♥   Basilique Sacré-Cœur de Montmartre, Paris, 7.5 km from the center. On the map

♥   Basilique Notre-Dame du Perpétuel Secours, Paris, 8.2 km from the center. On the map

♥   Cathédrale Sainte-Croix-de-Paris, Paris, 9 km from the center. On the map

♥   Basilique Notre-Dame des Victoires, Paris, 9.2 km from the center. On the map

♥   Basilique-Cathédrale Notre-Dame de Paris, Paris, 10.2 km from the center. On the map

♥   Cathédrale Saint-Volodymyr-le-Grand, Paris, 10.8 km from the center. On the map

♥   Castle 'Château de Nantouillet' Seine-et-Marne, 22.3 km from the center. On the map

Colors of Le Bourget in photos

Traditions and festivals in cities around Le Bourget

Paris
Paris is famous for its colorful celebrations and folk festivals. Various interesting events take place here on New Year's Eve and Christmas. June 21 is the day of a prominent music holiday - this event is heavily anticipated by music lovers from different countries of the world. All day long the squares of the city are turned into concert venues, on which are performed free ... Open »
Versailles
Dresses were an important part of the court etiquette. Everyone had to dress appropriately, especially for the Grand Couvert. Women put on fancy dresses and men attached swords to their outfits. If someone had to sword, he could even rent one in Versailles. Finally, in order to enter or leave a room, nobility had to wait for an usher to open the door. As only ushers were ... Open »
Disneyland Paris
Paris Disneyland has long become an iconic landmark that is a true “paradise for children”. Besides numerous attractions that are like a magnet for children of all ages (let’s be honest, for adults as well), Disneyland regularly hosts interesting festivals. Many of these events are definitely worth visiting. It is important to mention that the theme park is particularly ... Open »
Reims
Local people often seem to be unwilling to interact and communicate with tourists or may seem even to experience negligence towards foreign guests however it is not true. It seems because of a rather serious attitude of local people towards culture which main element is language. Commonly local folks have a good command of other languages; however they try not to use them in ... Open »
Provence - Cote d'Azur
The local culture and traditions of Provence are reflected in its beautiful holidays. Local people have being celebrating important religious dates and participating in colorful carnivals and music festivals for hundreds of years. The cultural calendar is full of modern and unusual holidays; one of the brightest and most awaited festivals is Carnaval de Nice. Carnival starts ... Open »
Le Havre
The city is famous for its well-developed industry. It receives income not only from tourism, which is quite interesting, given the extraordinary beauty of the resort city. That's why it can be considered a truly unique city - just like local people. Despite having something to be proud of, they never brag or boast about anything. This shows their simplicity, as well as the ... Open »

Cityguide on traditions, mentality and lifestyle of people in Le Bourget. Learn the best periods to visit Le Bourget to discover its soul - authentic festivals, events and celebrations. We will also reveal the interesting habits, attitude towards the world and to tourists in Le Bourget.