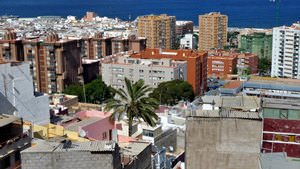 The cuisine of La Palma differs from traditional Spanish, because of big influence of Latin American, African, and traditional local cuisines. The courses here are simple, but contain quite a lot of calories, and one of the main ingredients in a recipe is gofio, corn flour. They do not only use to bake bread and porridge, but also add to the most of the types of pot roast. The second most important ingredient for the island chefs is potato. With meat or fish there usually will be served papas arrugadas, small wrinkled jacket potatoes, which were boiled for a long time to evaporate all water from them. They usually dip the vegetable in different sauces, mostly red and green mojo.
Family holidays with kids in La Palma Island. How to entertain your child, things to show to children.
La Palma is the third in terms of population and only the fifth largest among the Canary Islands. There are beautiful national parks, and cozy sand beaches, and architectural monument of …

Open
Mojo is prepared with wine, olive oil, and garlic or pepper. The sauce has a bright spicy taste, but is totally natural, and is always served with bred. Traditional Spanish tapas, different kinds of light appetizers, you can also find in La Palma. They serve sausages, shellfish, and pieces of pork, and small portion of salads. By the way, you should definitely spend an evening discovering the diversity of tapas at least in two or three restaurants . the locals sometimes prefer tapas to a full meal. They are served here in big portions, unlike in continental Spain.
In La Palma they also cook soups. Just remember, that some soup are so thick they remind more of a stew, than a regular soup. By the way, soups may be served here cold as well as hot, so don’t hurry to ask a waiter to heat it up, maybe it is supposed to be like that. Caldo soup is a familiar one. It is a vegetable bullion, in which they may add meat, fish, or seafood. Sopa is a thick vegetable bullion, which can contain noodle, and rice, and wheat. Potage is the one, that is more like a stew. It is made from meat with pulses – beans, pea, lentil, and cabbage with potato. Sometimes there also can be zucchini in it. You should also try potaje – a favorite soup of aboriginals, which is made from pork ribs and corn. Copyright www.orangesmile.com
Authentic traditions, festivals and lifestyle of La Palma Island inhabitants
The inhabitants of the island, as the rest of the people of the Canary Islands, have different mentality from the Spanish. There are two most important words on archipelago: tranquilo and …

Open
Those, who prefer meat, should try pata asada – a fried pork leg. This simple but a tasty dish is one of the favorite on the Canary Islands. Try Chacon, a pork sausage, which because of a big amount of pepper has an unusual orange or red color. Morcilla, a blood sausage with raisins, almond, and yam, will be a more exotic delicacy. Puchero Canario, a beef and pork stew, is a must for everyone, who wants to learn more about the culture of the local people – this dish came from their cuisine, as well as chuletas – fat pork or lamb chops. Rabbit stew is also worth your attention. 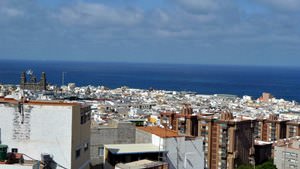 You should try fish courses in the restaurants near the shore. Then there are some guarantees that the haul will be fresh. Sancocho Canario, dried fish with potato, is one of the main courses on the island. Fried vieja or dorado will satisfy any gourmet. Boquerones, a tasty appetizer from marinated anchovies, and parillada, a fish assortment, will be great with any side dish. Try shrimps with garlic and langostinos – big fried shrimps.
Excursion over cultural sights of La Palma Island - 'must visit' points of interest
The central city of the island, which has the main historical value, is Santa Cruz. Now it is a not very big settlement with narrow streets and Colonial architecture. But during the times of …

Open
Barraquito is an original local drink. It is a type of coffee, served with liquor or brandy, slices of ginger, and milk foam. Freshes are also popular here. However, the choice of spirits is much more interesting. Marvelous wine, rum, liquor in large assortment will please any gourmet. Among original local desserts, you can try bananas with syrup from palm honey or jam from prickly pear cactus.

This guide to cuisine and restauraunt in La Palma Island is protected by the copyright law. You can re-publish this content with mandatory attribution: direct and active hyperlink to www.orangesmile.com.
La Palma Island - guide chapters 1 2 3 4 5 6 7 8 9

Despite the incredible variety of treats, the Spanish cuisine has several common features. Most dishes are cooked with olive oil, rice, garlic and a lot of spices. Spain has very favorable climatic conditions and developed agriculture, which explains a huge variety of dishes. The term ‘Spanish cuisine’ hides specifics of 17 regions at once. The most famous dish of this country is, of course, paella from Valencia. Originally, it was cooked right on the streets in huge pans. Only men were allowed to cook. The key ingredient is rice. There are three main varieties - Valencian paella with rabbit meat, duck, chicken, or snails, seafood paella and mixed paella, in which a cook can put almost anything. … Open

Cuisine and restaurants in the neighbours of La Palma Island

La Gomera
Fans of vegetarian food will like the La Montaña restaurant, where there the most original vegetable dishes are represented in the menu. Surprisingly, chefs can prepare true masterpieces from ordinary fruits and vegetables. Gourmets will enjoy a large selection of sweet desserts. The Habibi restaurant serves a variety of international cuisine dishes. Flavorous oriental ... Open »
Los Gigantes
El Rincon de Juan Carlos is perfect for a romantic dinner. It welcomes guests until late in the evening and offers them not only an interesting menu but also an entertainment program. The restaurant hall is decorated in a refined style, which makes it a great place for a banquet. At The Tipsy Terrace, guests are invited to enjoy British cuisine in a relaxed, friendly ... Open »
Canary Islands
The modern cuisine of the Canary Islands is strongly influenced by the tourist industry; many dining places are focused primarily on foreign visitors. There are restaurants of all traditions on the archipelago. International dining places, as well as classic pizzerias and budget restaurants offering visitors fast food and soft drinks are common. Traditional national dishes ... Open »
Playa de las Americas
A choice of gastronomy destinations of the Playa de las Americas resort is not limited only to restaurants of Spanish cuisine. The resort offers plenty of exotic eating houses and original places to eat and recreate. One of the most remarkable eating destinations is the Thai Botanico restaurant which will be a real discovery for Thai cuisine fans and for those tourists who have ... Open »
Puerto de la Cruz
This popular resort will please tourists by wealthy assortment of restaurants and cafes, some gastronomical establishments are more popular. One of the popular restaurants of the city is La Carta, it offers perfect dishes of home cuisine. This restaurant’s main noted feature is home comfort and kind atmosphere, where it is more pleased to taste popular national dishes. At ... Open »
Tenerife
An acquaintance with peculiarities of Canarian cuisine becomes one of the favorite entertainments for Tenerife guests. Perhaps the main feature of the local cuisine is a delicious malvasia wine, which has enjoyed a great popularity among foreign visitors since Shakespeare’s times. Each national restaurant usually offers a decent selection of local wines and fine drinks ... Open »