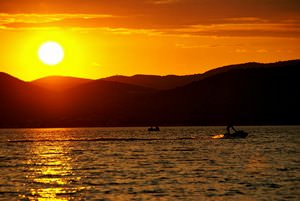 The central attraction of Ciovo is the notorious city of Trogir. It was founded in the 3rd century BC by the colonists from Syracuse. The settlement has now grown to a fairly large size and has long gone beyond the tiny island between the coast of mainland Croatia and Ciovo. You can get to the central, historically valuable part of Trogir by crossing the bridge over the canal that separates the old quarters from the newer ones. Just a few tens of meters across a wide bridge on foot or by car and you are already in an area recognized as part of the UNESCO World Heritage.
Cuisine of Ciovo Island for gourmet with top restaurants and cafe
Ciovo cuisine is typically Mediterranean. Fresh vegetables, fish and seafood, olive oil and, of course, wines. Remember that most of the local dishes reveal in a completely fantastic way …

Open
The original name of the city is Tragurion, which in Greek means “the place where the goats graze”. During the rule of the Romans here, the city developed quite successfully, although it remained in the shadow of the more powerful Split. Many retired legionaries lived in Trogir. To this day, on the territory of the city, one can find the remains of the villas, thermaes, statues, and stells, including those praising Bacchus. The city was under the rule of Byzantium, and under the control of the Hungarians, Franks, Venetians, and Turks. You can see the artifacts left by each of these cultures in the city museum of Trogir, located in an 18th- century mansion that once belonged to a noble Venetians family Garazhnin.
In the old town, the Romanesque architecture is quite harmoniously adjacent to the Baroque and Renaissance architecture. The most interesting pattern of mixing styles is the Chapel of St. John of Trogir, located at the Cathedral of St. Lawrence. The cathedral itself was built in the 13th century on the site of an early Christian basilica, destroyed during the attack of the Saracens. A wooden 13th-century carved portal and benches and the 15th-century crucifix, which can be seen by any visitor of the cathedral, are considered to be a true work of medieval carving. The chapel, built by the disciple of Donatello, Niccolo Florentine, is a tier-like mixture of styles, which were popular in the 15th century – Romanesque, Gothic, and Renaissance. Copyright www.orangesmile.com
Authentic traditions, festivals and lifestyle of Ciovo Island inhabitants
The Croats surprisingly combine a truly Mediterranean love for leisure and all sorts of life pleasures, common European politeness, and the Italian desire for a certain theatricality. The …

Open
The 17th-century stone gates, which can be seen at the main entrance to the city, are also interesting. Near the gate, there is a statue of Ivan Ursini, the patron saint of the settlement. On the north and west side of Trogir, there are fragments of powerful fortress walls, which for many centuries protected the island from the attacks of the enemies. At the western end of the Old Town, there is another protective fortification, the Kamerlengo castle, which construction began in the distant 1429. The prince’s palace of the 13th century, the City Hall, built in the 15th century, and the Cipiko Palace, also built in the 15th century, will also be interesting. The Romanesque church of St. John the Baptist and the Gothic Dominican church on the embankment, built in the 13th and 14th centuries respectively, are excellent examples of church architecture of the time. You can see the exposition of the museum of religious art. There are paintings by prominent Serbian artists here, and the objects for liturgy and worship, and even a 14th-century crucifix, which once crowned the triumphal arch on one of the island’s chapels. For those who like art and history, the Dominican monastery of the Holy Cross will also be fascinating. It is located 5 kilometers from Trogir and was built in the 15th century. The Church and Monastery of the Blessed Virgin Mary in Prizidnice, the southern part of Ciovo, is also interesting. The latter, by the way, is also an object of the religious pilgrimage. The remains of the early medieval Church of Saint Fumia can only be reached by boat, as the ruins are located on a small island north-west of Ciovo. This place is also worth visiting.

In the section below, you can get one of our excursion, activities or city discovery tours over Ciovo Island and surroundings. Our website offers 10-30% lower ticket prices, when compared to the offline purchase on the spot.

This guide to cultural sights Ciovo Island is protected by the copyright law. You can re-publish this content with mandatory attribution: direct and active hyperlink to www.orangesmile.com.
Ciovo Island - guide chapters 1 2 3 4 5 6 7 8 9
Reference information
Map of all palaces

Public palaces near Ciovo Island
♥   Palace 'Diocletian’s Palace' , 15.6 km from the center. On the map

Art galleries in Ciovo Island and around
♥   Art museum 'Ivan Meštrović Gallery' Split, 13.8 km from the center. On the map

Cathedrals and basilicas near Ciovo Island
♥   Konkatedrala sv. Petar Apostola, Split, 16.9 km from the center. On the map

Excursions over cultural sights of neighbours of Ciovo Island

Split
Among other palace buildings the Peristyle is noteworthy; it is a monument of the Roman Empire. It is a large rectangular courtyard surrounded by tall pillars; the large-scale building was used for ceremonies. Nearby is the so-called Hall - a beautiful round hall with a dome, which was used as an entrance to apartments of the emperor. In the tiny historic town there is the ... Open »
Brac Island
The Dragon Cave in Murwitz is of greater interest to the travelers. This unique man-made object still attracts scientists from all over the world. In the manually created cave, there are many well-preserved bas-reliefs and drawings, where biblical motifs and images of angels coexist with figures of dragons, fairies and many other mythological creatures. The exact authorship ... Open »
Hvar
Next to the cathedral there is the Bishop's Palace. This historic building was once converted into an interesting museum. It holds a rich collection of objects of church utensils and fine jewelry. On the square in front of the cathedral there is another interesting historical object, the city well, which has remained the main source of fresh water for local residents for many ... Open »
Hvar Island
Vrboska, a small 15th-century town, was founded on the site of a Roman settlement – the ruins of the Ancient House prove that. The Church of St. Peter, the oldest building of the city, was built before the beginning of the 14th century. Here you can see the unique church-fortress of St. Mary, which was fortified after the attack on the city of the Venetian and Turkish ... Open »
Vis Island
Nevertheless, Vis is not only famous for ancient constructions which were built more than two hundred years ago. The island was one of the command posts of Marshal Josip Tito during World War II. Be sure to visit Tito’s cave. It consists of two small caves. Josip Tito and the partisans hid there during the war. A path with 275 steps leads to the cave. It is easy to find ... Open »
Murter
Betina is another old settlement on the island. It was first mentioned in 1423, but people lived here long ago. These lands were inhabited by Illyrians. Later, noble Romans settled here. Many finds of the ruins of villas and household items confirm these facts. However, there are more recent and well-preserved monuments. For example, the Church of St. Francis of Assisi in the ... Open »

Culture guide to Ciovo Island. Which fascinating sights to visit once you are in Ciovo Island: temples, churches, museums, theaters and castles. Recommendations (with addresses, phone numbers and links) on the places 'must visit' in Ciovo Island. Plan your own city excursion by using this page info!