Family trip to Ciovo Island with children. Ideas on where to go with your child 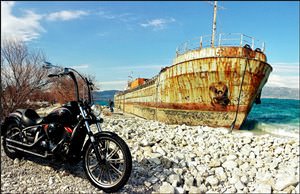 Ciovo is an ideal place for family holidays. On the one hand, this is the island with the largest influx of tourists, with untouched nature, and kilometers of hiking trails leading a curious explorer to the certain sights. On the other hand, getting from Ciovo to the mainland is easier than ever: you just need to cross the bridge to Trogir and then another bridge to the mainland of Croatia. The island is also just 25 kilometers from Split. Trogir is connected with Split and some other nearby cities in Croatia by bus routes. Actually, there are a lot of different sights on Ciovo, so any child here will increase his knowledge of the world history.
Cuisine of Ciovo Island for gourmet with top restaurants and cafe
Ciovo cuisine is typically Mediterranean. Fresh vegetables, fish and seafood, olive oil and, of course, wines. Remember that most of the local dishes reveal in a completely fantastic way …

Open
Of course, Trogir will be of the greatest interest on Ciovo to the children of any age. This ancient city was founded in the 3rd century BC by the colonists from ancient Greece. It is easy to get to its central part from the island: just cross the bridge, located on the territory of the “new” Trogir, which is on Ciovo itself. You can walk through the old town, telling the child about the history of this ancient settlement. Having been ruled by the Romans, the Byzantines, the Croats, the Hungarians, the Venetians, and the Turks, Trogir will willingly or unwillingly introduce the child to each of these cultures.
You can observe together the Cathedral of St. Lawrence, built in the 13th century on the foundation of the ruined basilica. The young art admirers will enjoy the 13th-century portal, carved benches, and a painted crucifix from the 15th century, as well as an original candlestick in the shape of a cross. Amature architects will surely love the Chapel of the Blessed John Of Trogir, where you can see architectural solutions of the Romanesque, Gothic, and Renaissance styles. The boys will surely enjoy the 15th-century Kamerlengo Fortress, and the girls - the 13th-century Prince's Palace, where you can feel yourself like a real princess. Copyright www.orangesmile.com
Authentic traditions, festivals and lifestyle of Ciovo Island inhabitants
The Croats surprisingly combine a truly Mediterranean love for leisure and all sorts of life pleasures, common European politeness, and the Italian desire for a certain theatricality. The …

Open
In Trogir, you can show your child the Romanesque Church of John the Baptist, and the Dominican gothic church on the embankment, and the neo-Gothic Cipiko palace, and the town hall, and the fragments of the ancient stone wall that once surrounded the city. There are many beautiful historical monuments outside the ancient city: the Dominican monastery of the Holy Cross, built more than 5 centuries ago, the 16th-century Monastery of the Blessed Virgin Mary, the ruins of the early Christian church of St. Fumia. You can find it on a small island near the shore of Ciovo, which you can reach if you rent a boat. 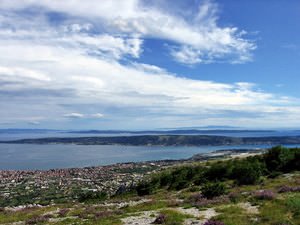 Actually, it is worth renting a boat for at least half a day and going with your child along the coast of the island. First of all, such a rest, especially for small children, is an adventure in itself, and secondly – there are places on Ciovo that look fantastic from the sea. Moreover, many bays can’t be reached from the land. If you want, you can take your child to explore the neighboring islands. Luckily, the trip is not long.
Excursion over cultural sights of Ciovo Island - 'must visit' points of interest
The central attraction of Ciovo is the notorious city of Trogir. It was founded in the 3rd century BC by the colonists from Syracuse. The settlement has now grown to a fairly large size and …

Open
There are kilometers of pedestrian and bicycle paths on Ciovo, connecting almost all the famous settlements and sights. Rise with your child to the small hills in the central part of the island, and you will be able to see a magnificent panorama of the neighboring islands and cities of the coast of Croatia. A short walk around the island will be possible even for a baby. The child will be able to swim enough on any of the small pebble beaches of the island. The child can also try himself in water skiing, windsurfing, snorkeling, and yachting. In Trogir Diving Center Croatia, in the resort village of Mavarstica, the child will be able to learn all the tricks of diving.

This guide to family holidays in Ciovo Island is protected by the copyright law. You can re-publish this content with mandatory attribution: direct and active hyperlink to www.orangesmile.com.
Ciovo Island - guide chapters 1 2 3 4 5 6 7 8 9

Things to visit with your kids in Croatia

There is another large water park - Area Maris - next to Pula. That’s a huge complex system of trampolines and inflatable hills, where both children and adults can spend an exciting time. You can go down various slides, jump and somersault. Rides for children are designed specifically for different age groups. The employees of the water park carefully follow the safety rules. Guests will be able to visit the fascinating animated show, as well as stroll around the neighborhood of the entertainment complex. It is located in a nature reserve, and therefore the impressions of the walk will be special. … Open

Interesting places to visit with children around Ciovo Island

Brac Island
Take your child to a beach with the small pebbles called "Golden Cape". It is interesting first of all for the unique cape, which enters the water for almost 300 meters and changes its outlines due to the direction of the wind and the sea level. The cape is decorated with a magnificent pine grove. At Brac, the child will like not only to swim in clean water but also to study ... Open »
Hvar Island
If you have an active child, then you should visit one of the many local basketball courts or tennis courts at least a couple of times. Little bowling fans will also have a place to play. Older children can join you in exploring the underwater world. If the child has not dived before, it's okay – there are several dive centers on the island where you can get a training. ... Open »
Vis Island
The Franciscan Monastery deserves your attention. It is a perfect place where you can plunge yourself into the medieval culture. Furthermore, it is a great chance to show to your child the cult building of those times. What’s interesting, the monastery was built on the place of Roman and Greek theatres. There are also many churches of 16th-17th centuries, amazing villas and ... Open »
Murter
Sandy-pebble Slanica Beach is located close to Murter Town. You can reach it from the centre of the town in 30 minutes. This place is perfect for holidays with small children because of shallow waters. However, elder children won't be bored here too. There is a team of entertainers working in the high season on the beach. Teenagers will be happy to visit the beach and try ... Open »
Makarska
There is another amazing beauty Park called Park Šuma Osejava on the territory of the picturesque Peninsula of St. Peter. It is rocky, you can climb here by a stone staircase near the grotto. And coming here, you can find excellent panoramic views of the bay and the town Makarska. The relaxing atmosphere is facilitated by fresh air and the opportunity to look at outgoing and ... Open »
Korcula Island
Korcula is an ideal place for a tranquil vacation. Here you and your child will have the opportunity to rest on half-empty beaches and bathe in the clear water, learn a lot of new and interesting information about the history of the island and the whole world civilization, and finally try yourself in diving, snorkeling, surfing or other water sports. Beautiful landscapes ... Open »

Guide to sightseeing and entertainment for children in Ciovo Island - parks, attractions, museums, zoos, water-parks. All fascinating and educational sites of Ciovo Island, which are must visit and see for your child. Find out the best discovery routes and places for kids (local theaters, exhibitions and museums), where you can spend quality time together. Ciovo Island for families with children.