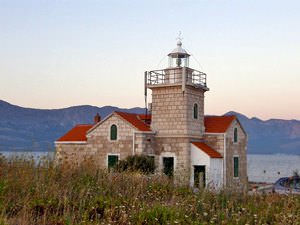 Hvar ranks first among the Croatian islands in terms of the number of sunny days per year. The island is ideal for the fans of calm hiking, bicycle tours, and for divers. Those, who like to discover new places, should go to Paklinski, or Hell, islands, located less than a kilometer from Hvar. The easiest way to get there is either by water taxi, or renting a boat – if you know how to operate it. The name of the islands appeared due to the fact that earlier it was the place, where the ship boards were mocked, which was accompanied by huge smoke clouds. However, in Croatian "hell" and "pitch" are written the same, so maybe there is just a confusion here.
Guide to Hvar Island sightseeing - things to see and to visit
Island of Hvar is widely regarded as the sunniest island of Adriatic. This beautiful and charming place has lots of wonderful features. Unique climate, abundance of beach leisure places, …

Open
Paklinski Islands is an ideal holiday destination for those, who seek solitude. A lot of sandy beaches, heath fields, and pine forests will allow you to enjoy the pristine nature. If you want, you can eat right on the archipelago – on each island, there is at least one restaurant with traditional Croatian food. Choosing a beach to your taste, remember that the Paklinski Islands are a recognized area for nudists.
It is worthwhile to go to the Scedro island, literally adjacent to Hvar. Scedro is uninhabited. The previously prosperous village of Nastane is now abandoned, and therefore, those who prefer to walk alone will be very comfortable here. The divers also like the water area of ​​the island, in many respects because in 49 BC there was the largest naval battle between Pompeii and Caesar. In the district of Hvar, there are quite a few good diving places. This is due to the great transparency of the water – visibility here can reach 50 meters, and a variety of underwater inhabitants, and diversity of seascapes. Copyright www.orangesmile.com
Family holidays with kids in Hvar Island. How to entertain your child, things to show to children.
Kilometers of clean beaches, a measured flow of time and many historical monuments of different epochs – that's how you can briefly characterize the island of Hvar. If you want to spend …

Open
If you wish, you can get a training at any local dive school. If you already have a diver's license, then safely order a boat to the point of immersion you are interested in – and start exploring the mysterious world of the flora and fauna of the Mediterranean Sea! Be sure to dive near the Blue and Green Caves – the views there are simply magnificent. In addition to diving, snorkeling, sailing, rock climbing, windsurfing, and kite surfing are popular here. 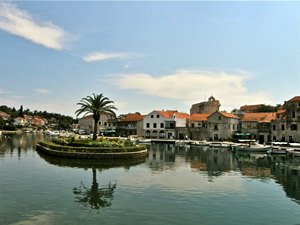 Fans of hiking will have a lot to see on Hvar. A lot of routes connect towns and villages with each other, passing through beautiful forests and fields. Hvar is especially beautiful in June, when lavender blooms, growing throughout the island in extraordinary abundance. During hiking, be sure to climb the walls of the Venetian fortress Spagnola in Hvar and the French fort on the hill of St. Nicholas. The view of the island is amazing from both fortifications. Cycling is very popular here, so there are plenty of routes for biking, and you can rent an iron horse in any major city of the island for an affordable price. Several circular routes start from Hvar and Milna.
Cuisine of Hvar Island for gourmet with top restaurants and cafe
On the island, you can taste all the best Croatian dishes. Due to the proximity of the sea, the seafood courses are also very popular and varied here. However, the most significant dish for …

Open
If you like just lying on the beach more than anything in the world, then remember that on Hvar the major part of the coast is rocky. However, there are sandy beaches here. The most popular of them is Milna, which is located next to the village of the same name. For the late lunch, you can get on foot to the Zlatan Otok winery. Due to the low cost of recreation, for a long time Hvar was popular among the young people, and therefore there are enough nightclubs. The greater number is concentrated in the capital of the island. Many single out Central Park, Falko, and Lola Bar. With the beginning of the tourist season, very famous DJs visit Carpe Diem, which is also located in Hvar.

This guide on active recreation and leisure in Hvar Island is protected by the copyright law. You can re-publish this content with mandatory attribution: direct and active hyperlink to www.orangesmile.com.
Hvar Island - guide chapters 1 2 3 4 5 6 7 8 9

Attractions and entertainment in Croatia

Rafting is extreme sports that is about kayaking on the mountain rivers. Thousands of fans of this sport come to Croatia every year. Croatian mountain rivers are considered not the easiest to go through, and, therefore, inexperienced travelers should hire an instructor. The most popular rivers are Una, Dobry, Zrmanja, Koran, and Cetina. They flow along the territory of picturesque national parks, where you can relax and take a breath in special places. There are many cozy and picturesque places for fishing in Croatia. However, to start fishing, you must first obtain a permit. You can fish at almost the entire Adriatic coast. … Open

Hvar
Hvar is an attractive resort for beach lovers; fans of eco-tourism visit the picturesque island too. Near the capital’s coast there is the picturesque resort area, Pakleni. Here you can perfectly relax all day long sunbathing on the beach and tasting delicious treats in local restaurants. At any time, visitors can have a yacht trip; there is also the popular diving center ... Open »
Brac Island
Due to the good visibility, one can also observe the underwater world, using a common mask with a tube. Brac is an excellent place for snorkelers. Thanks to the long coastline, you can always find a secluded beach and swim for fun. If during the stay on the island you feel the craving for diving, then sign up at any of the local diving schools. Here you can easily get an ... Open »
Vis Island
Be sure to go on a sightseeing tour along the coastline of Vis. Boats depart from Komiža every hour. During the tour, you will enjoy amazing views and swim in small secluded bays where you can go only by sea. You can also go to the nearby islands. Be sure to visit Biševo. It is a small island in which the population is only 14 people. There are the ruins of a Benedictine ... Open »
Korcula Island
Do you like fishing? Then safely go fishing in the open sea. To do this, you can simply rent a boat, or you can enlist the support of an instructor, who will acquaint you with all the subtleties of catching the local water inhabitants. If there is no desire to go far into the sea, you can go fishing from the shore. However, if you want to enjoy the beauty of Korcula to the ... Open »
Split
Guests of Split won’t experience any shortage of things to do; tours to historical monuments can be successfully combined with walks around the shops, scenic parks and entertainment centers. In warmer months, vacationers can enjoy picturesque beaches. The most beautiful and lively beach is Brela. Surprisingly quiet and clean, it is perfect for families with children. This ... Open »
Ciovo Island
On the island, you can try yourself in traditional water sports. For example, learn to sail or water ski. If you have a desire to get acquainted with the inhabitants of the sea but you do not want to go diving, then safely rent a mask, snorkel, and flippers and go snorkeling. It is best to find the bay where no one will disturb you. Those who want to swim for their pleasure ... Open »

Guide to your best city break in Hvar Island - popular places for recreation and leisure. Things to do during the day in Hvar Island - attractions, parks, beaches, aquaparks, racing tracks, biking trails or waterski. Recommendations (with addresses, phone numbers and links) where to spend your time in the evening (bars, discos, clubs, etc.). We share some good ideas and the question 'What to do in Hvar Island?' disappears immediately.